We managed to have a game of the Aliens Vs Predator boardgame this week, using the v2 ruleset.

I selected Mission 5, as every player then had a set of objectives, rather than one player just trying kill as many models as possible while the other had to move around the board.  This time:

This changed the dynamic of the game a lot, with all three players all focusing on their mission objectives and trying to avoid getting into a fight.  Even the Predator's. usually a powerhouse in this game were trying to keep a low profile.    The Aliens were the only ones being aggressive, but I think this was mainly due to that fact that they were quite spread out and had numbers to bear.  The Aliens even managed to kill a Predator in combat, which is the first time that has happened.   Casualties were light in this game, with only one marine being killed, about half the Aliens and one Predator but it was still a very close game.  Despite the efforts of the Aliens to slow everyone down we ended up in the odd position where at the start of the final turn everyone was one activation away from winning the game, so whoever rolled for initiative would win the game.  In the end the Marines rolled the highest and won the game, but it was a close run thing.

This was probably our closest game yet and one of the most entertaining, with everyone focused on their objectives. The Predators didn't have it al heir own way either, and actually failed a few armour saves.

I am still waiting to received the rest of my kickstarter for this from Prodos, but things seem to be moving again, with the impending release of the 2nd edition of the boardgame, plus the wargame rules so I am hopeful that I will be able to get the rest of my pledge later on this year. 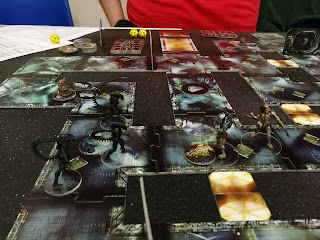 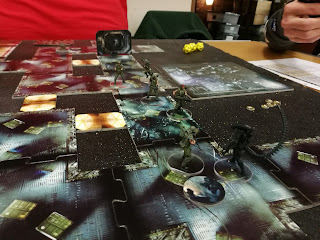 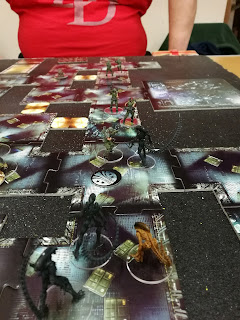 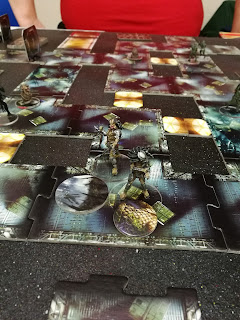 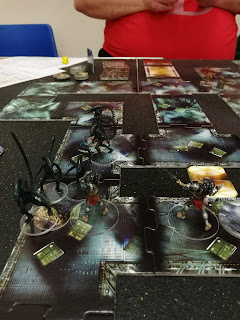