Loot in the Underhive

Game 2 of our ongoing Necromunda campaign came around and we had four players turn up:


Andy had already played his round two game but decided that he needed the practice and joined us for round two.  The scenario was the Scavenger Hunt, which meant we were fighting over a number of loot counters spread around the table.

We had all brought some terrain with us and we tried out best to use every ounce of it, which meant the 4x4 table had a good amount of cover on it.

We asked another member of the club to place the loot markers so that it was all above board. Unfortunately he placed 5 of the 6 counters on the other side of the table, which meant I was going to struggle.  There was one loot counter in my corner of the table and I had hopes that I could at least manage to grab that one.  Alas this was not to be as Douglas made use of his Vents territory to drop a ganger right on top of the loot counter on our side of the table.  Andy, who has vents and tunnels managed to grab three counters right from the off, whereas Rory managed to get one.  Not a good start.

Things got worse when I decided to start taking out the Genestealer Cult and had my gang spring from cover ready to launch a destructive Alpha strike. Alas I missed with everything, leaving me slightly exposed and staring down the sights of a flamer.   Luckily the worst I got was two men downed, and I managed to get the rest of my gang to cover.  An exchange of fire ensued between me and Douglas, with Douglas coming of slightly worse. I even managed to down one cultist with a lucky pistol shot from a juve.

On the other side of the table Andy and Rory were exchanging shots with a few casualties. Eventually Rory's gang broke as he suffered losses in hand to hand. I was now starting to get the better of Douglas and he decided to leave the table with the single loot counter that he had (despite my best attempts to take it from him). 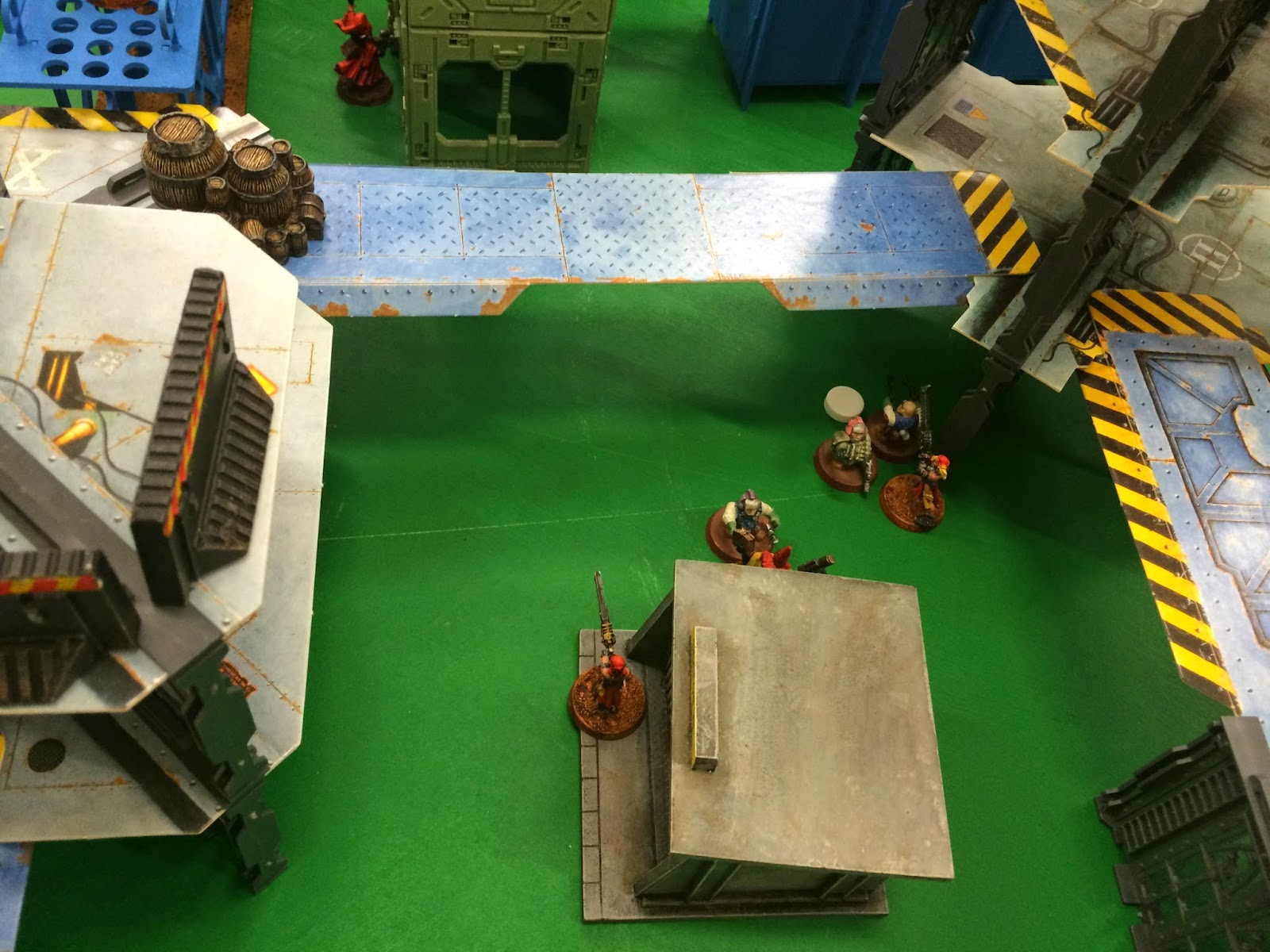 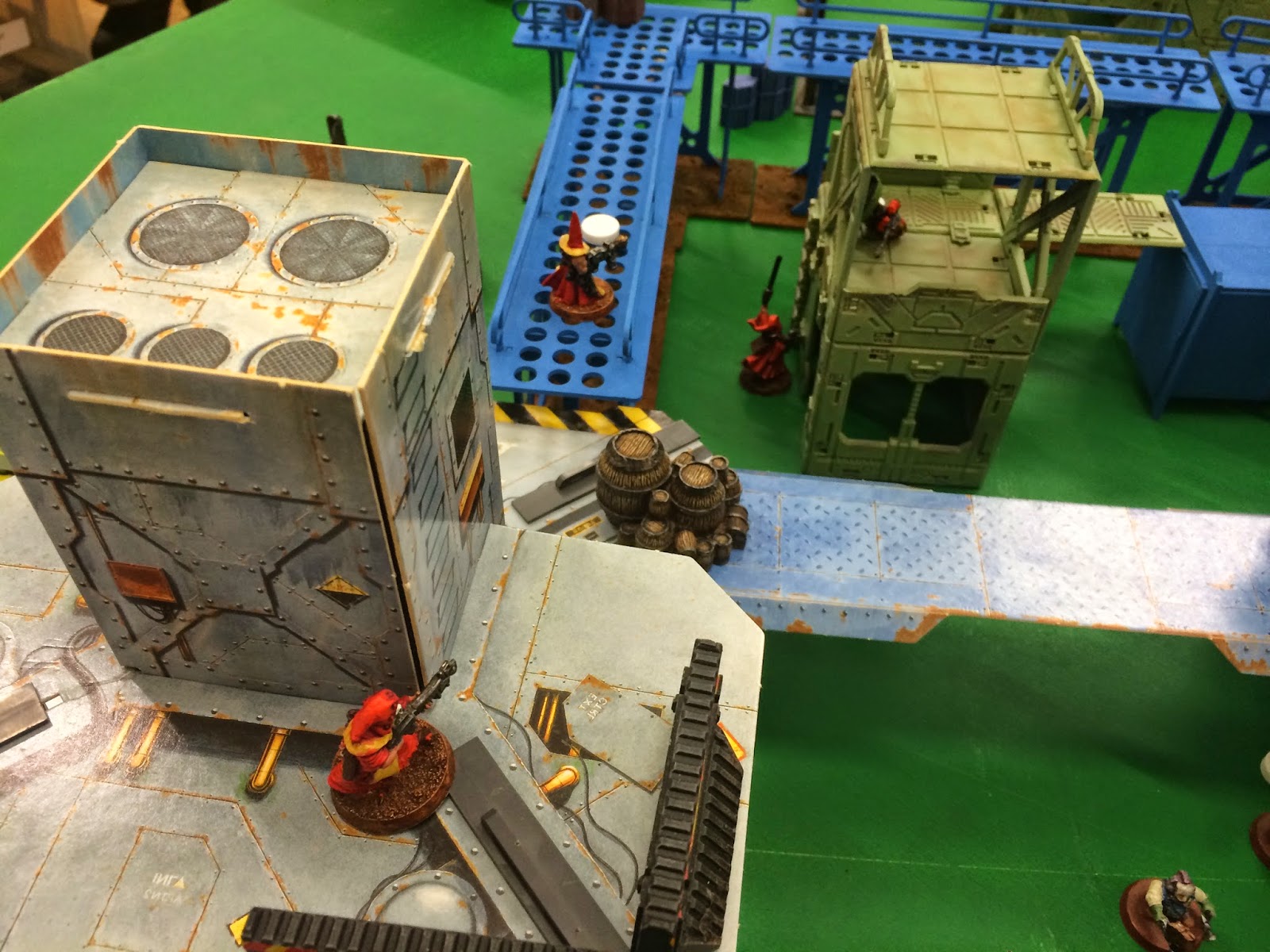 In the end there was some confusion as to the victory conditions.  In the scenario if you manage to collect every loot counter on the board and return to you deployment zone then you win the game.  Andy assumed this meant the remaining loot counters, whereas I assumed the it meant all of them, including the ones already taken off the field by the other gangs. There was some discussion and in the end it was decided that Andy could abscond with his loot if he wanted, leaving my gang in possession of the field.

So a rather Pyrrhic victory, but in the end I was just happy to earn some income!  In the last game I had no gangers left who could work any territories so am a bit behind on income.  I did quite well out of it for experience though, with a few advances gained to build on the advances from the last game against the Eldar.  My gang is starting to take shape, with clear specialisations appearing in some of my gang members.

Next game in the campaign is in a few weeks. and my victory allows me to select the scenario so that should be fun.
Posted by Kevtheinx at 14:44