So another Monday at the club , and another game of my current set of rules Chain of Command.  This time John wanted to give them a bash and so we pitted his British Platoon against my Germans using the lists in the book.

We generated the Hold and Objective scenario and rolled randomly to see who would be the attacker. Fittingly for late war my Germans would defend this time.  John rolled a six for support, which left me with a measly three points.  He selected an observation team for an off table mortar (groan!) and an adjutant, while I took an additional senior commander and an adjutant. I figured in a game where my opponent would be able to lay down lots of smoke having good command and control would be vital so that I could keep my force fairly mobile.

The patrol phase was fairly neutral, with John gaining control of the crossroads in the middle of the table and me having my jump off points.


This resulted in a fairly static exchange of fire while John attempted to get his mortar barrage off.  He managed to do this a couple of times but being a jammy git he kept rolling triple sixes, ending the turn.  On my right flank I was starting to come of worst in the exchange of fire and decided to get out of the line of fire. On my left flank John's mortar barrage was finally called in.  To try and avoid being pinned I moved my senior officer back towards my objective. Unfortunately the mortar barrage overshot, missing me deployed squad completely but landing on my senior officer, killing him outright!  That'll teach him to abandon his men!

Luckily the turn ended before John managed to move the barrage on to my men.  In the meantime he had deployed his third squad into the house in the centre of the board and was slowly advancing it down the centre.  My right had collapsed and the British were advancing. My left was still fairly secure though, but the British in the centre were going to cause a problem.  In the end I lucked out and managed to roll three sixes for my command dice. This ended the turn, removing another of John's mortar barrages and allowed me to deploy my last squad, catching one of Johns squads in the open.  I opened fire, and then for my repeat action I did it again.  This killed most of the squad, effectively neutralising them.    We decided to call it a night then as time was running short and there was not much left  to do, leaving us with an unfinished game, but looking increasing unlikely that there was anything that John could do to capture his objective.

Another interesting game, with me defending for once, and having a lot less toys to play with. This game was fairly static for me, with very little to do but hold my position and react to John's attacks.  German firepower carried the day in the end.  I just wish that I could have one game of Chain of Command where I didn't have to face an off table mortar. To be fair the last two games they mortar barrage has achieved nothing, but if John had saved his large amount of Chain of Command dice to keep his mortar barrages on the table at the end of the turns rather than using them to carry out interrupt actions things might have been different. 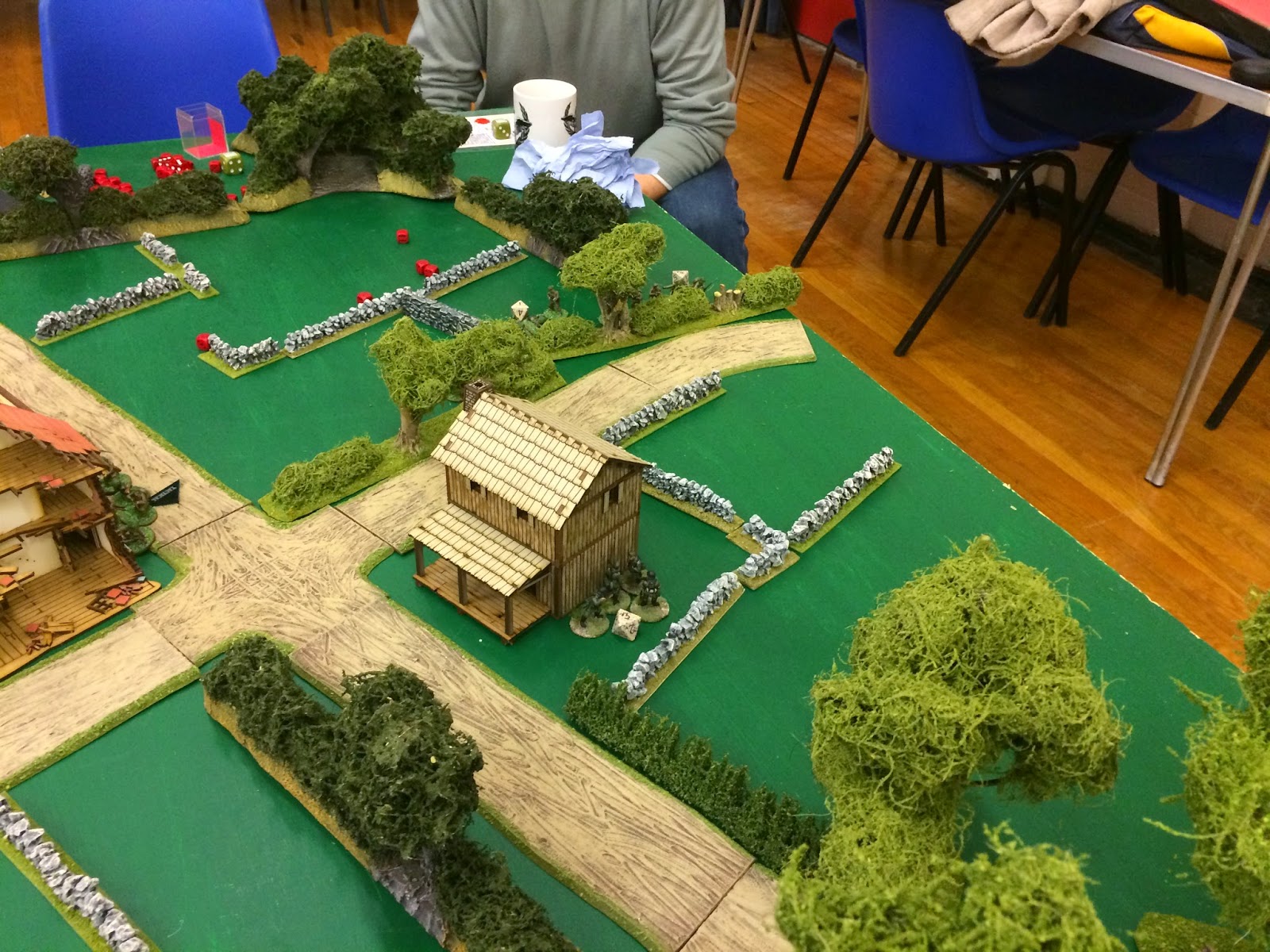 Next week is game two of out Necromunda campaign, and I am hoping that my gang can improve on its terrible opening game.