Eldar prove to be a Pain

The penultimate game of 2014 saw round three of the clubs Necromunda campaign, with me having choice of scenario due to my victory in round two.

Participants for round three were:

Rory and his Redemptionists
Dave and his Goliaths
Ian and his Eschers
John and his Craftworld Eldar
My Cawdor gang.

As the club forum is currently down we did not have access to the campaign ladder that Rory had put up, and a lot of the scenarios were unsuitable for a 5 way game so we opted to play a gang fight.

We rolled randomly for deployment and I ended up sandwiched in a corner with John Eldar to my right and Ian's Eschers to my left. There was very little cover as well.  John wont the roll off for first turn and advanced towards my corner, with me going after him.  The game started well for me as I managed to down one of his Eldar and take another one out of action, while elsewhere on the board Dave decided that a headlong rush was a good tactic and tried it on Ian, with mixed success.  Rory was a bit isolated in his part of the board and started to advance towards the Eldar and Ian's Escher.

Turn two saw a couple of Eldar Guardians poke their head round the corner of a building and put two of my gangers down, while I incinerated one with a Melta Gun for his trouble.  Elsewhere on the table there was an almighty gunfight happening between Ian and Dave, with Dave starting to come off slightly worse, while Rory exchanged fire with some Eldar scouts.

Turn three and John's guardians put down another two of my gangers, at which point I decided I was on a hiding to nothing.  I had moved my gang about 3 inched in total, with basically no where to move unless I go through the Eldar, two of which had managed to put nearly half of my gang down in two rounds of shooting.  I called it a day at that and retired, slightly miffed at the whole affair.


Dave was next to go, thanks to casualties, leaving Rory and Ian to contest the spoils, which Ian eventually won when Rory decided enough was enough.

Another miserable experience being completely outgunned by the Eldar, although a consolation was that I managed to actually kill one outright. Eldar are unable to replace casualties easily so that is a bonus for the future campaign for everyone.  I also managed to get a boatload if experience for fighting against a much more powerful gang and some advances. My gang is now starting to look like it has a close combat bias and would certainly do well in Mordheim!  Unfortunately this is Necromunda so I am not sure how much use these advances are going to be.

One thing about Necromunda is the amount of time and effort that it takes to put the table together, with 4 people all putting terrain together and laying out barricades etc. It makes for a very collaborative experience! 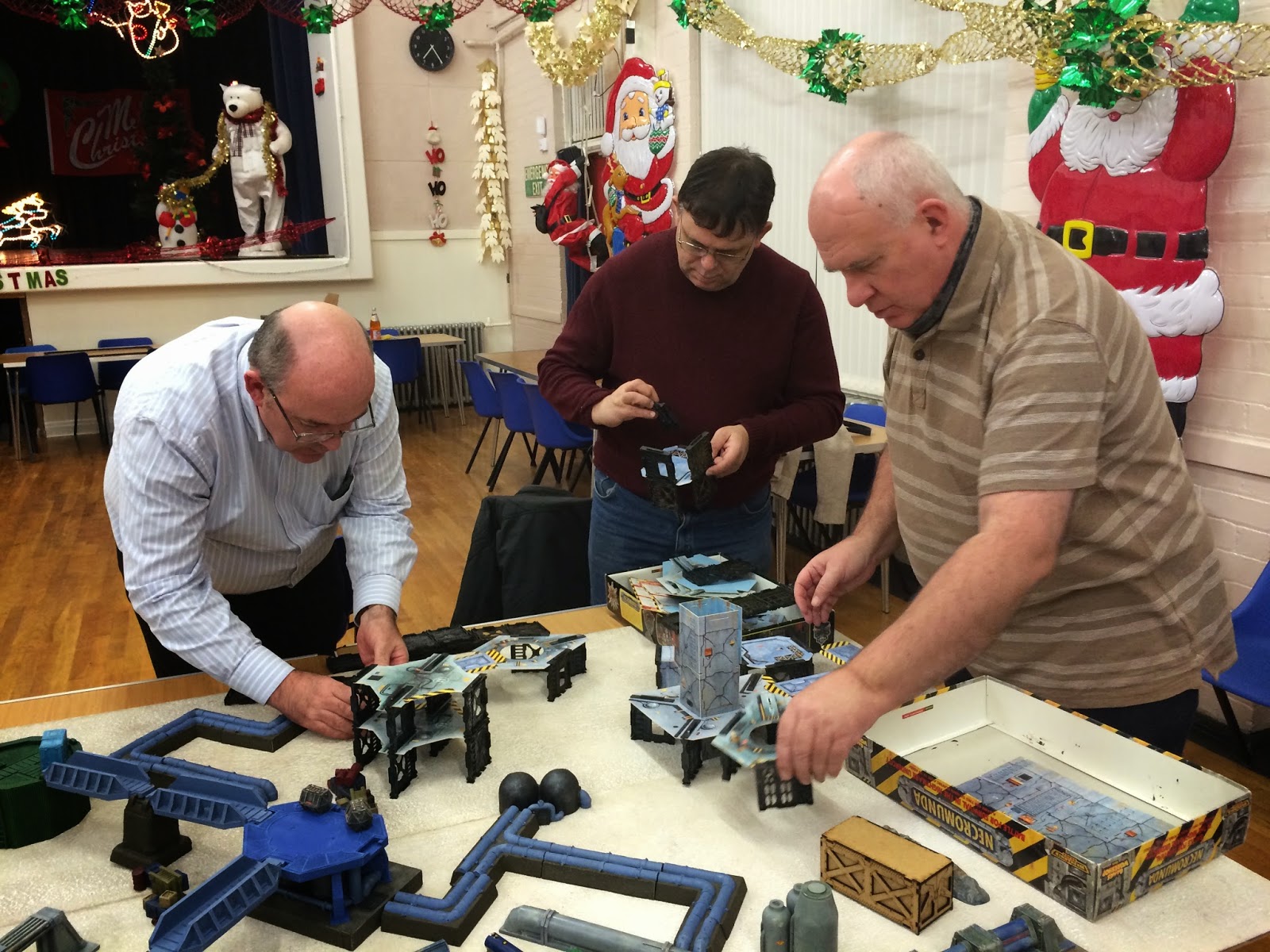 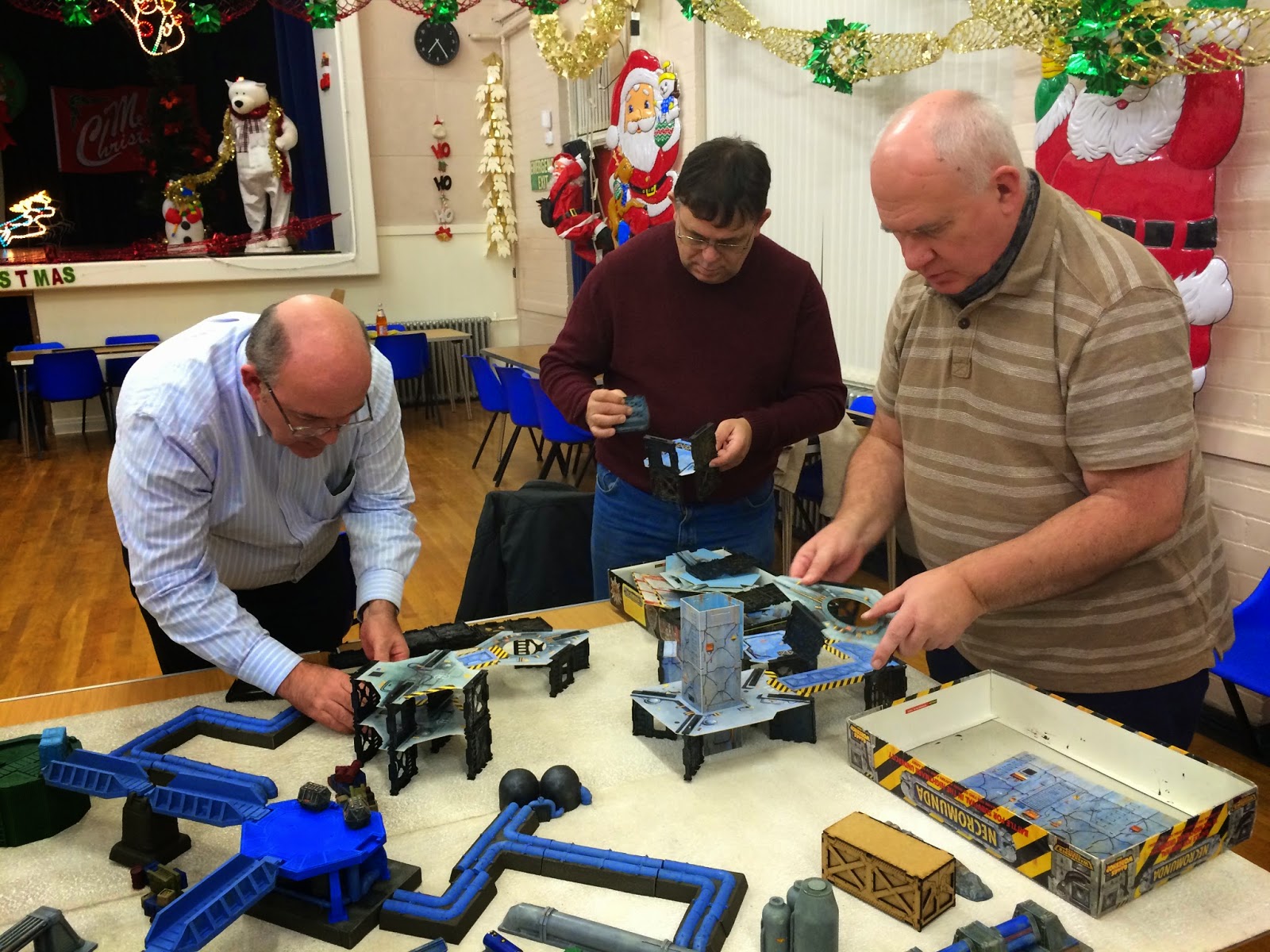 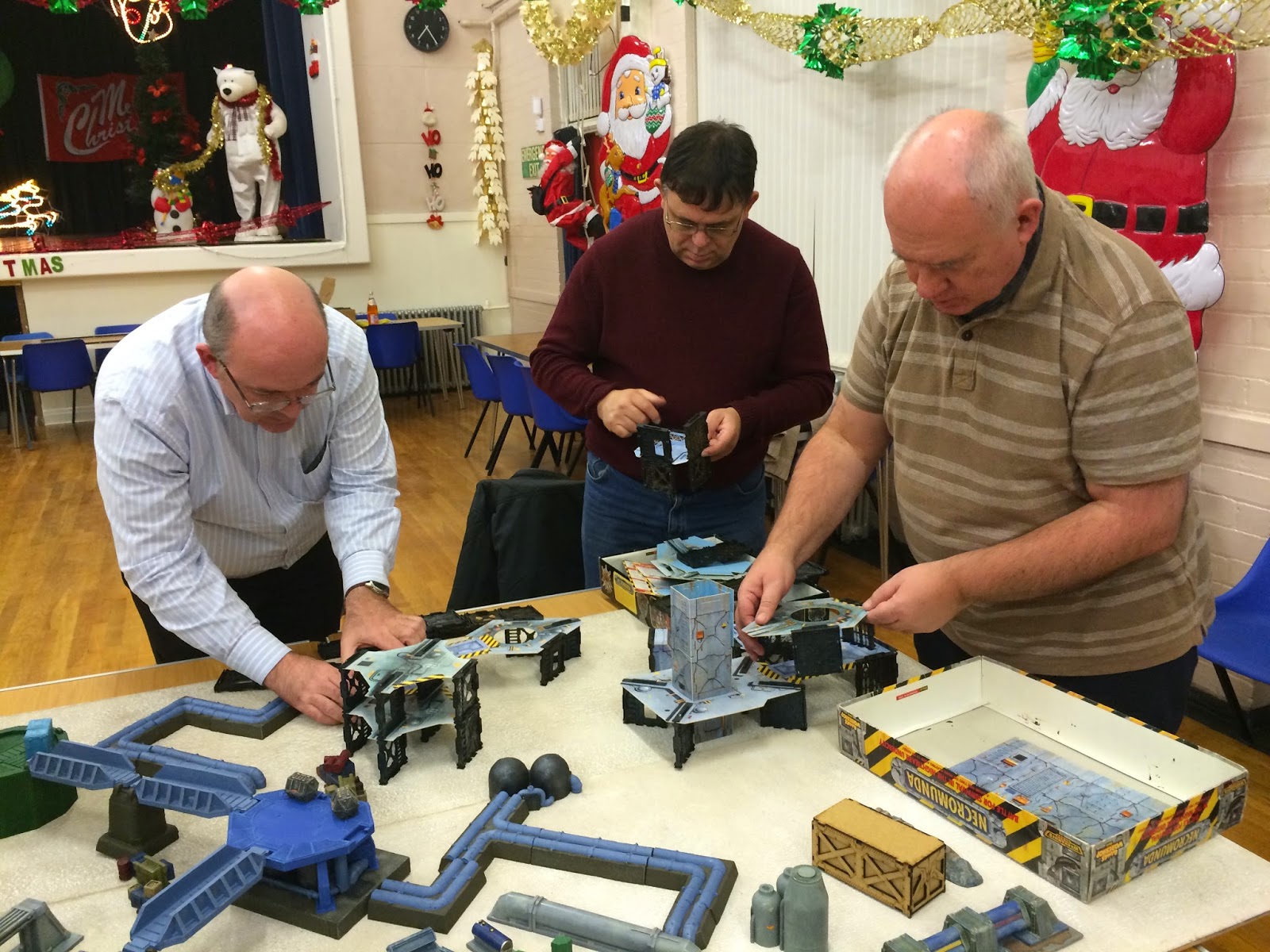 In other news our Chain of Command has moved on, with my German Platoon getting ready to make the assault on the French defended Baincthun bridge, after the other Platoon commanders fluffed their assaults (if you want something done!).  Unfortunately the French commander decided to give ground and withdrew. This would give him time to recover some men to his depleted platoon. This means that the way is clear for the German assault on Mont Lambert, which we are planning on playing in the new year as a big Cain of Command game. We should have enough models as there are already three Germans Platoons available for this and while there are only two French Platoons the casualties on the French side have been quite heavy so there should be enough models on their side as well.  Looking to concluding a fun campaign and trying a big Chain of Command game.
Posted by Kevtheinx at 14:30