Not much painting done in August.  Life has been busy with house selling, work and kids going back to school. Plus I have started playing Diablo3 again, as the v2 patch has actually turned it into quite a good game.

One thing I did manage was to get a gang painted for the club impending Necromunda campaign.  I am going to use the chaos cultists as a House Cawdor gang, as in the background they are supposed to be quite a bunch of fanatics, just my bunch are fanatical in the wrong way.  I could have used the chaos cultists rules but as I have never played Necromunda before I thought I would try and keep it simple.  The campaign has attracted quite a lot of interest and it looks like there are going to be a large number of players involved.

These are very hasty paint jobs and it really shows as there are lots of messy bits that could really do with getting tidied up, but they are good enough to hit the table for now.... 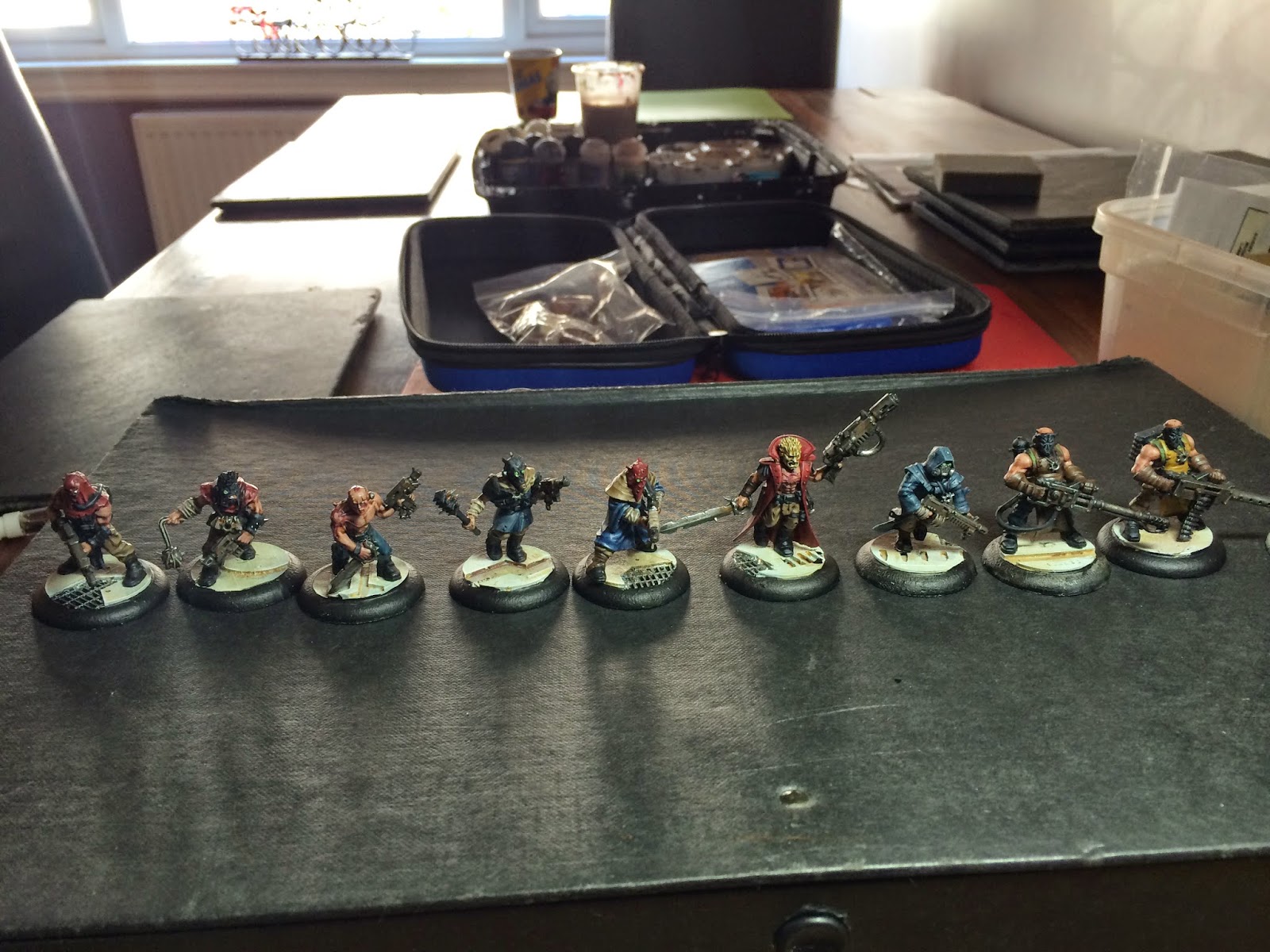 No names are anything yet, but they did not turn out to bad in the end.