So here are some photos of the latest models completed for Chain of Command.  In no particular order we have a set of combat engineers including a metal detector, flame thrower and some other troops doing stuff that I don't recognise. I have also put together and painted a Hanomag and a 221(?) from Warlord games.  Both were quite nice to put together, especially the Hanomag as it reminded me of the early Rhino from Games Workshop.

All the infantry were from Crusader and are lovely miniatures, let down by some bloomin' awful casting. There were some terrible mould lines on these, some of which I have elected to just leave, rather than try and remove with a craft knife. 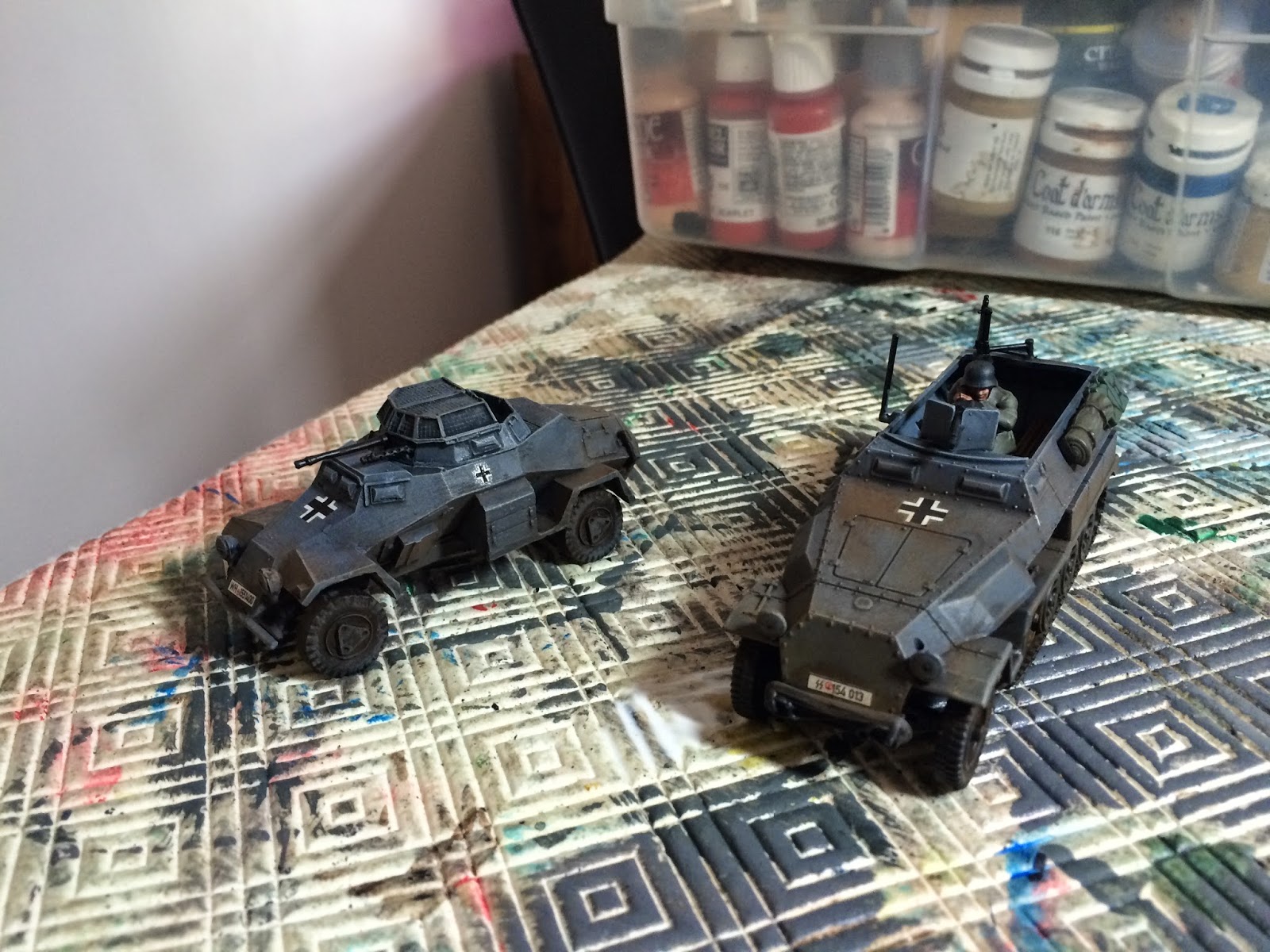 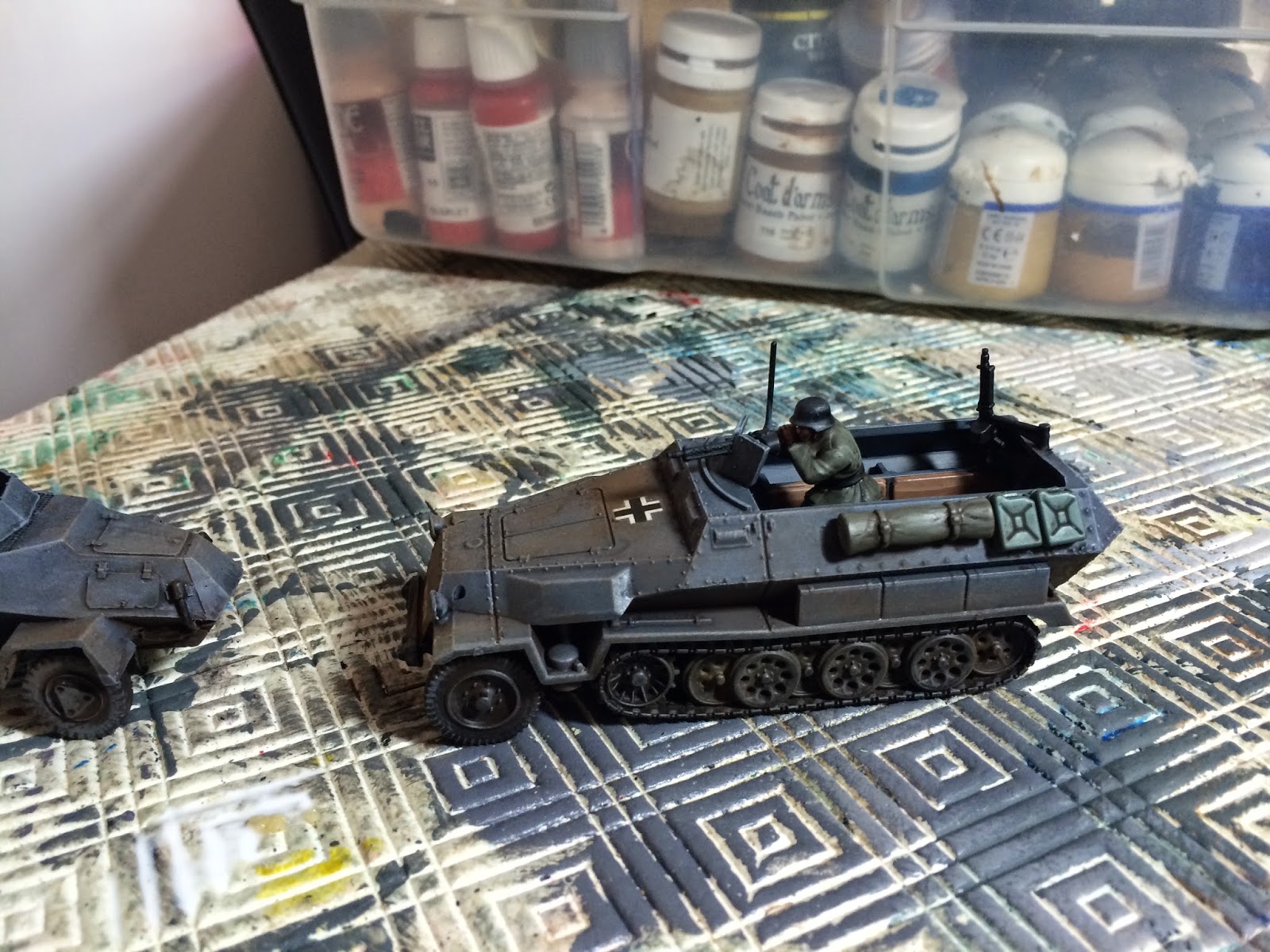 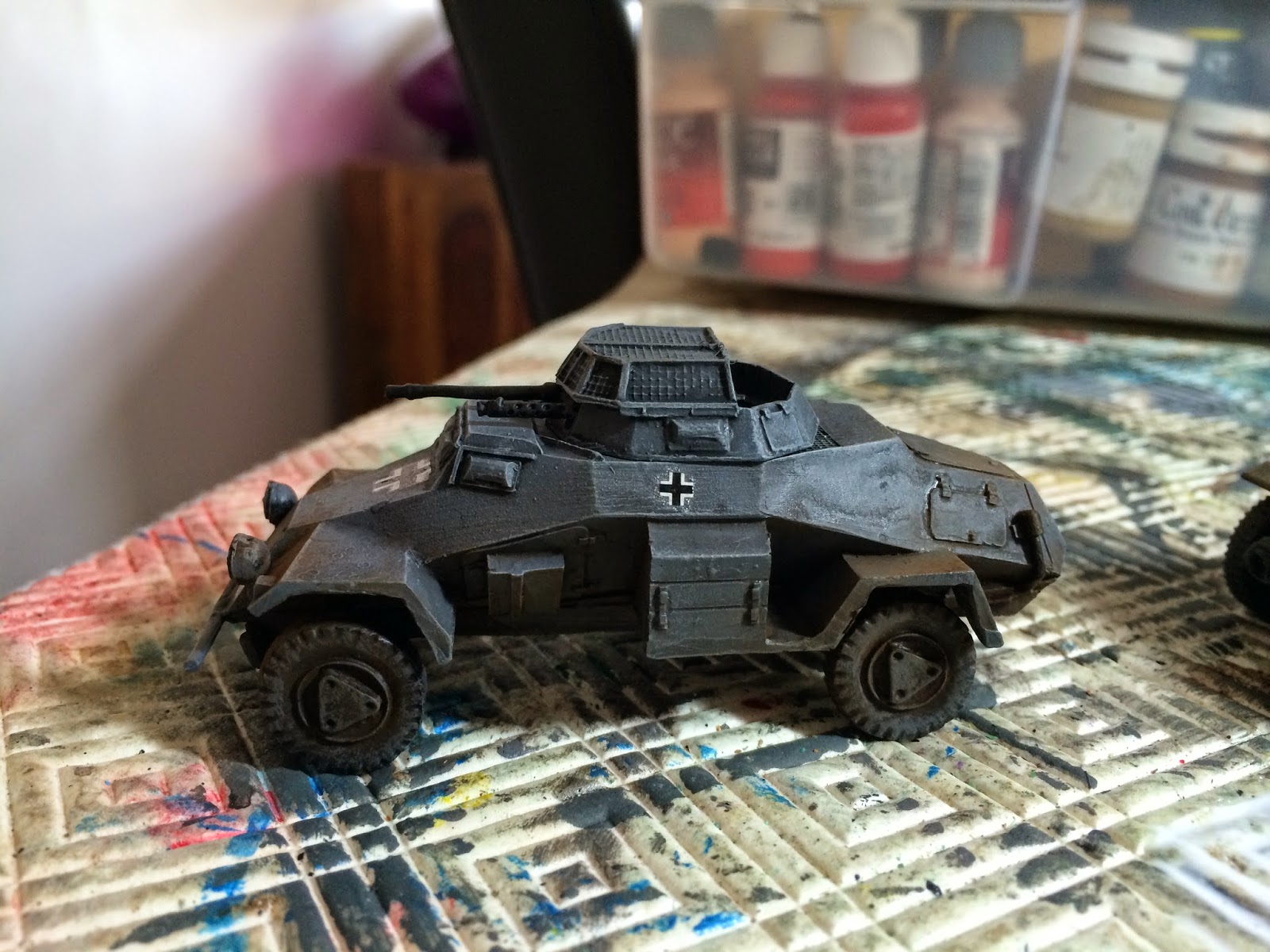 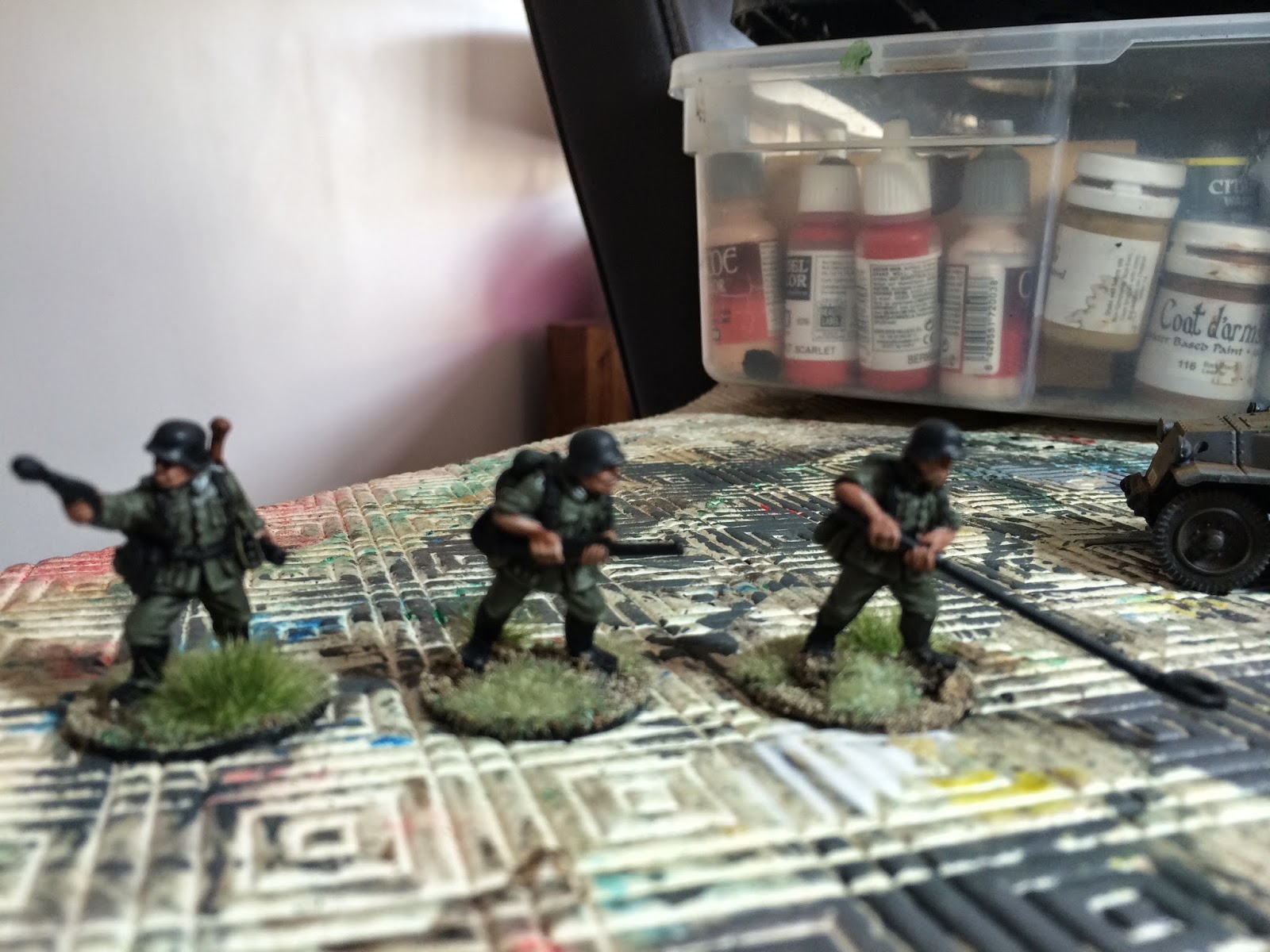 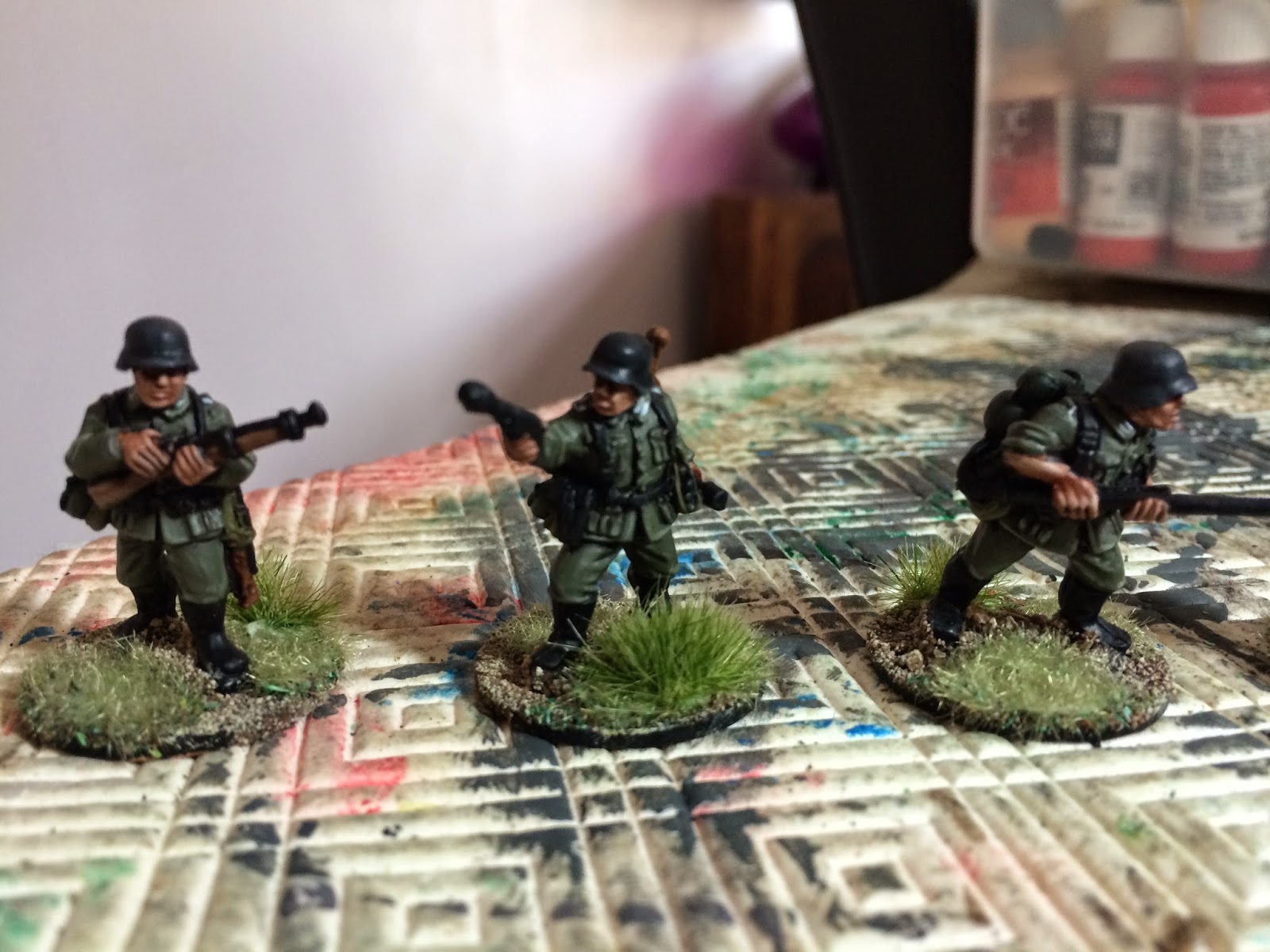 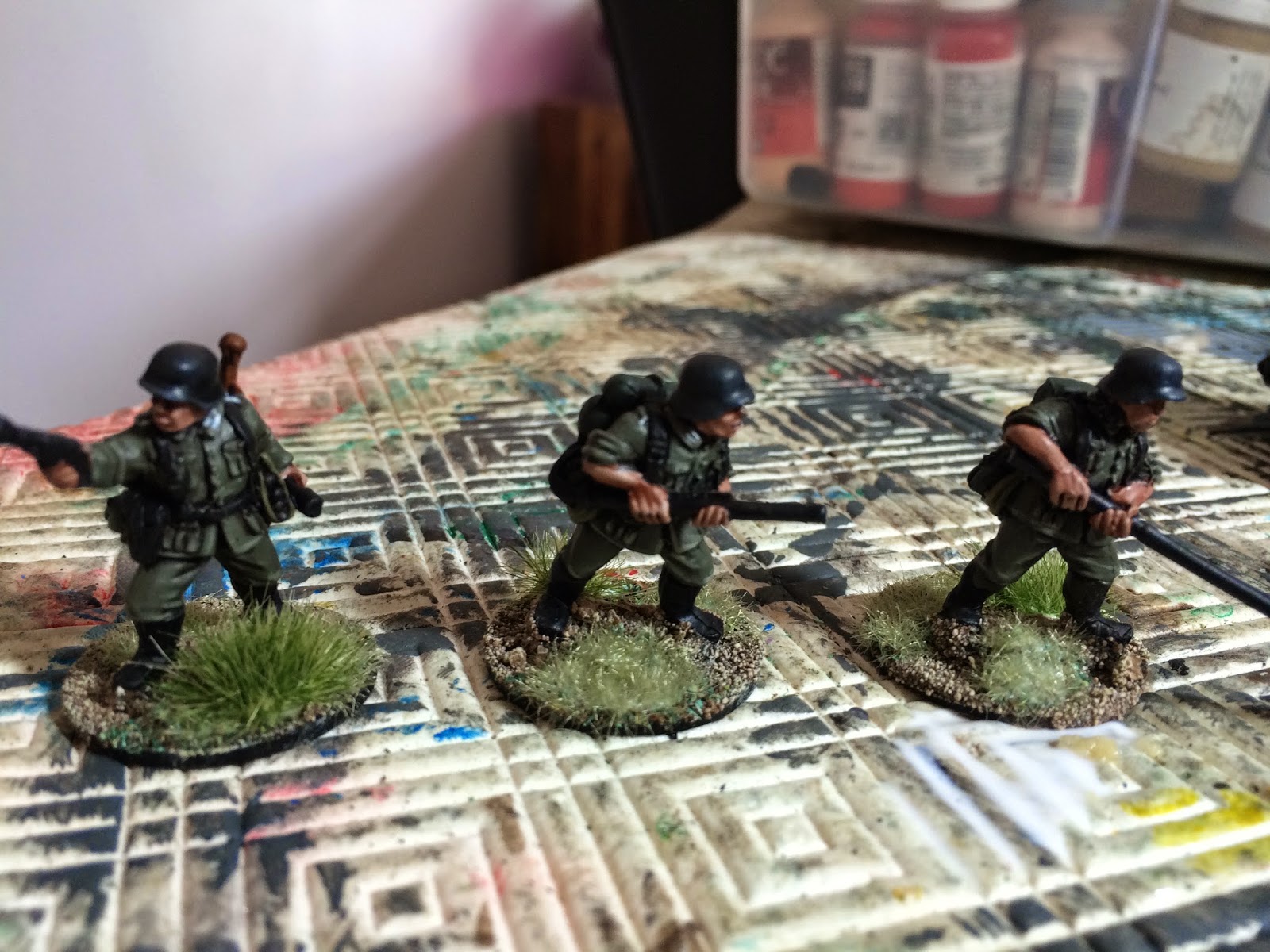 That pretty much concludes my Germans for the foreseeable future. There are still a few things that I would like to add, mainly a PAK40, PAK36 and and lelg38(?), and perhaps one of the lighter tanks.
The only other thing that I really need is a Panzerschrek team, but I cannot find one that I like. Warlord do one but I really don't like the poses and Artizan do one but they are in camouflage so would not fit in with existing models. I am also after some of the other support choices that are available, including mine fields, barbed wire, tanks traps and emplacements. I will keep my eye out at Claymore as these are the kinds of things that could be added without too much effort.

Next up I am going back to the Dark Ages.  I have got a pile of livestock from Warbases to paint and base, some wattle fences from Renedra and I took advantage of the Grand Manner summer sale (25% off, great stuff) and bought another three small buildings, so plenty to keep me busy.

Email ThisBlogThis!Share to TwitterShare to FacebookShare to Pinterest
Labels: WW2