This Monday I managed to get in a game of my favourite rules, Epic Armageddon.  I am a big fan of the 40k setting, but am not  a very big fan of the 40k game itself. I feel that Epic scale is a much better scale to reflect the bonkers way that people make war on each other in this setting.

Games of Epic have been a bit of a struggle lately. When it was originally republished I gave my Space Marines and my eldar away to other club members, as I was trying to stimulate some interest.  Both of the people I gave my toys to are very regular at the club these days, so I was two armies down for very little bonus.

An old Uni pal Ric has been coming to the club occasionally and he asked if I fancied a game of Epic, which I immediately agreed to.

We agreed to play 2800points, with Ric using his Eldar and me using my Imperial Guard. Having not played for a couple of years (!) I opted for a fairly balanced force:

Ric force turned out to be very tank heavy (from memory):

The amount of Eldar tanks made me a bit worried, especially for the safety of my Tank Company. 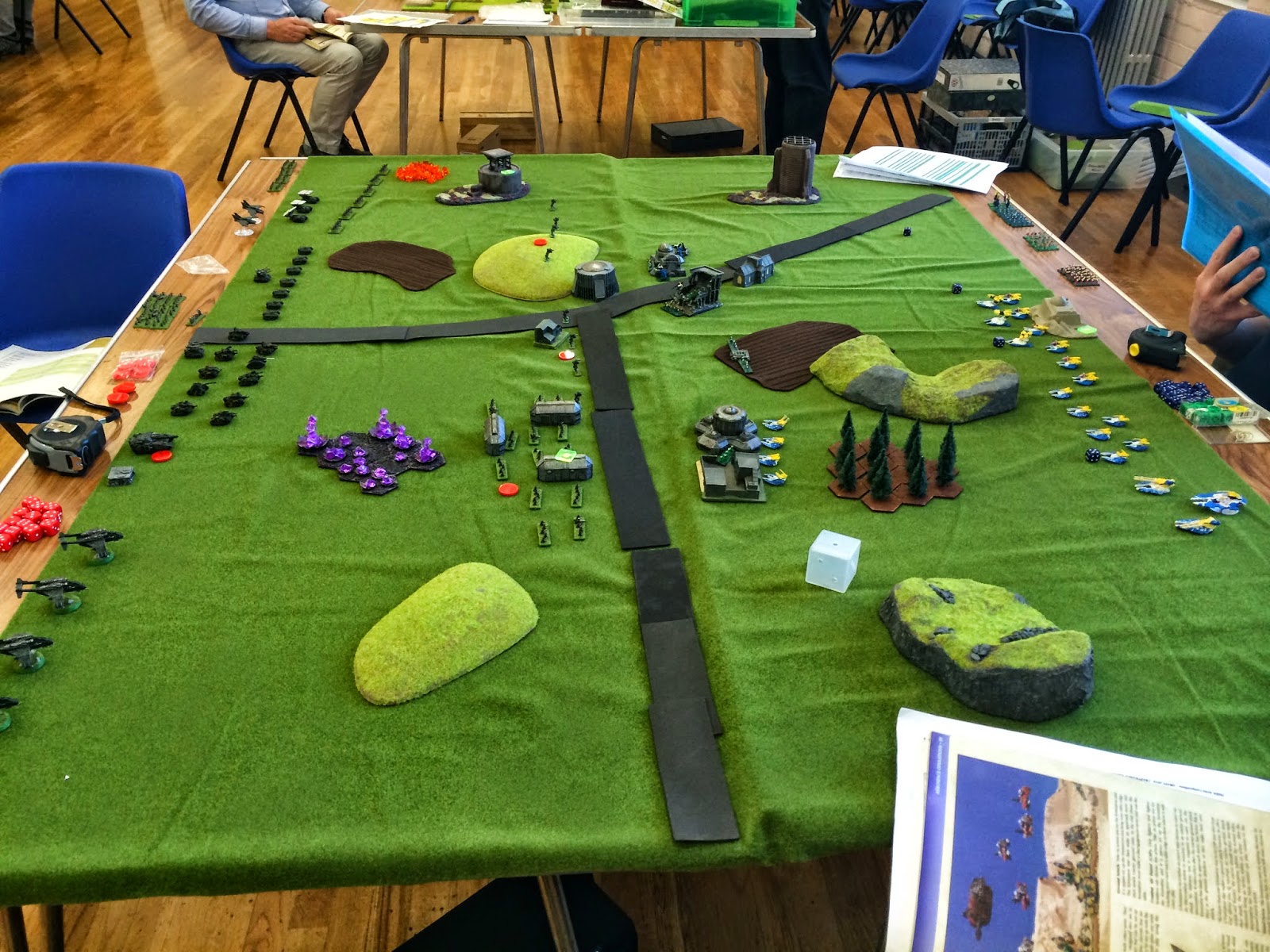 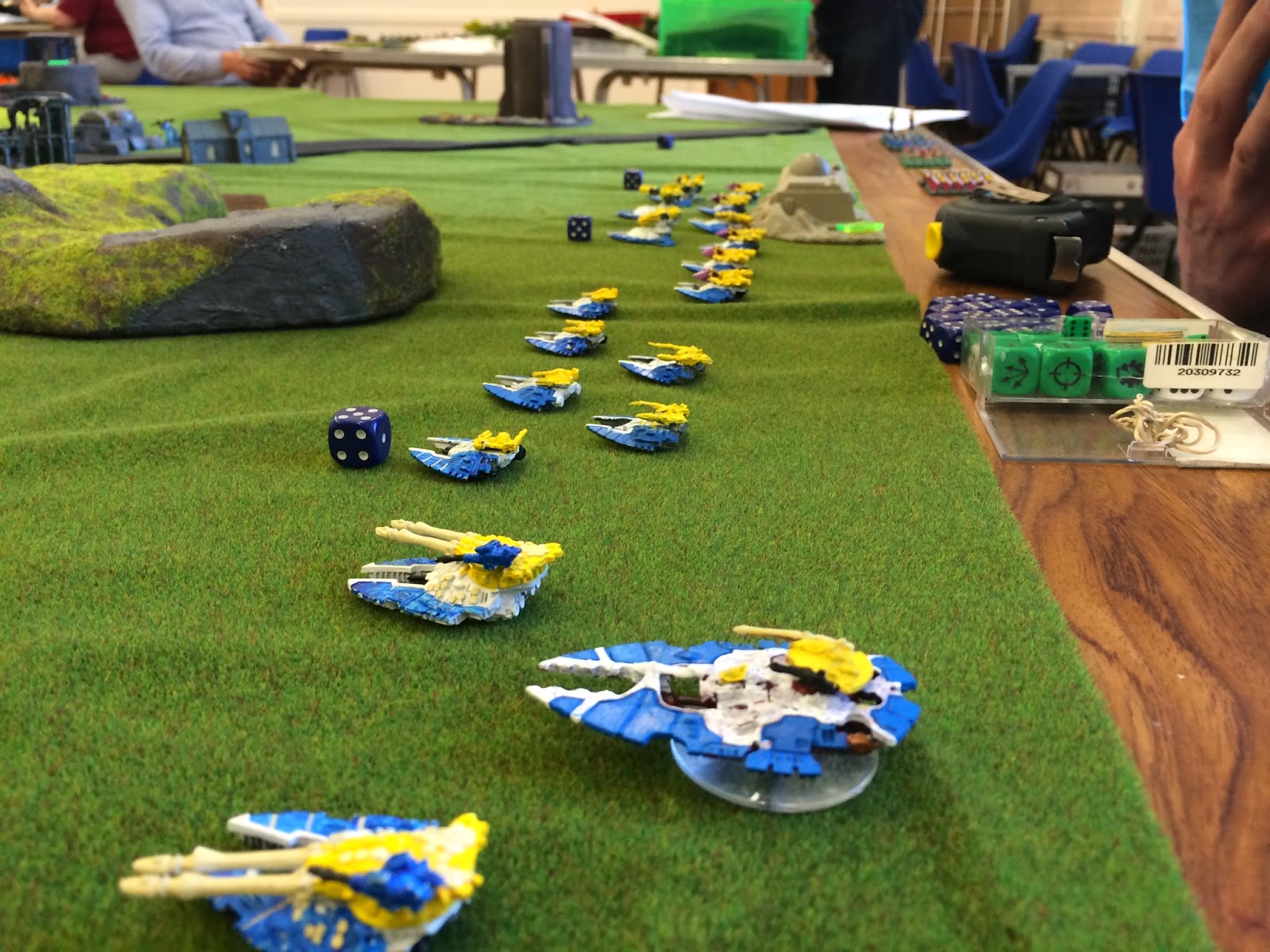 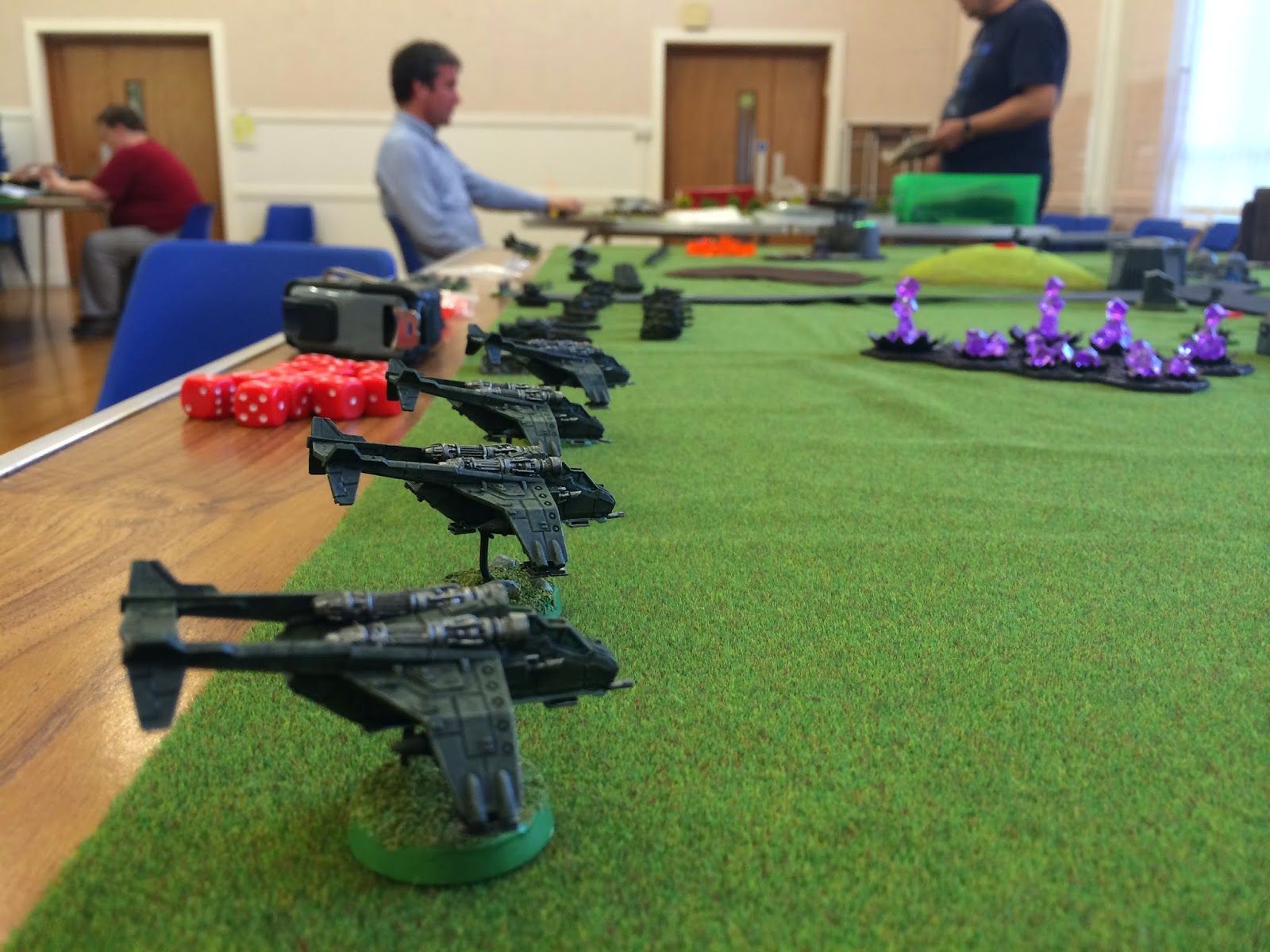 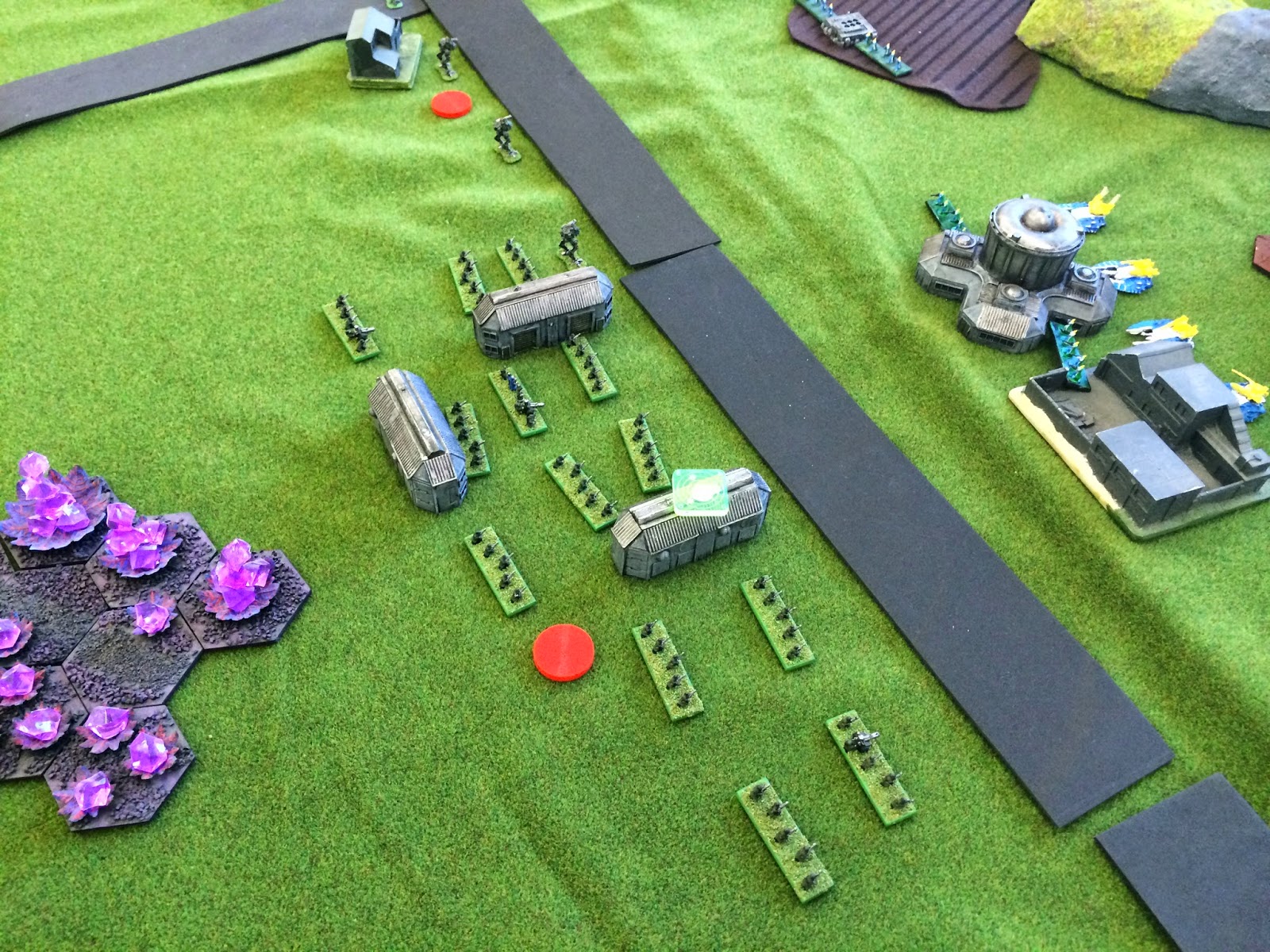 Ric managed to get the first go and dropped a web spinner barrage on my garrisoning Infantry Company, killing a third of them with the first shot of the game.  In the first turn I managed to break a few of Ric's formations, but did not really inflict much permanent damage, while Ric gave my Tank Company a mauling, wiped out my Infantry Company by using the Storm Serpents webway portal as a mobile jump off point.  At the end of turn 1 Ric had managed to penetrate my right flank, while I had done something similar on my left.

Turn two was more of the same, with me breaking a number of Eldar formation, while the Eldar gave my forces a mauling. The engines of Vaul managed to get almost to my baseline, reducing the tank company to a few remaining tanks in no time at all.  I managed to see of all the enemy units on my left flank and captured two objectives on Ric's side of the table with my Mechanised company, but alas Ric used his mobile webway portal again and assaulted my Shadowsword with his Warp Spiders, destroying my Super Heavy Tank and capturing my baseline objective. 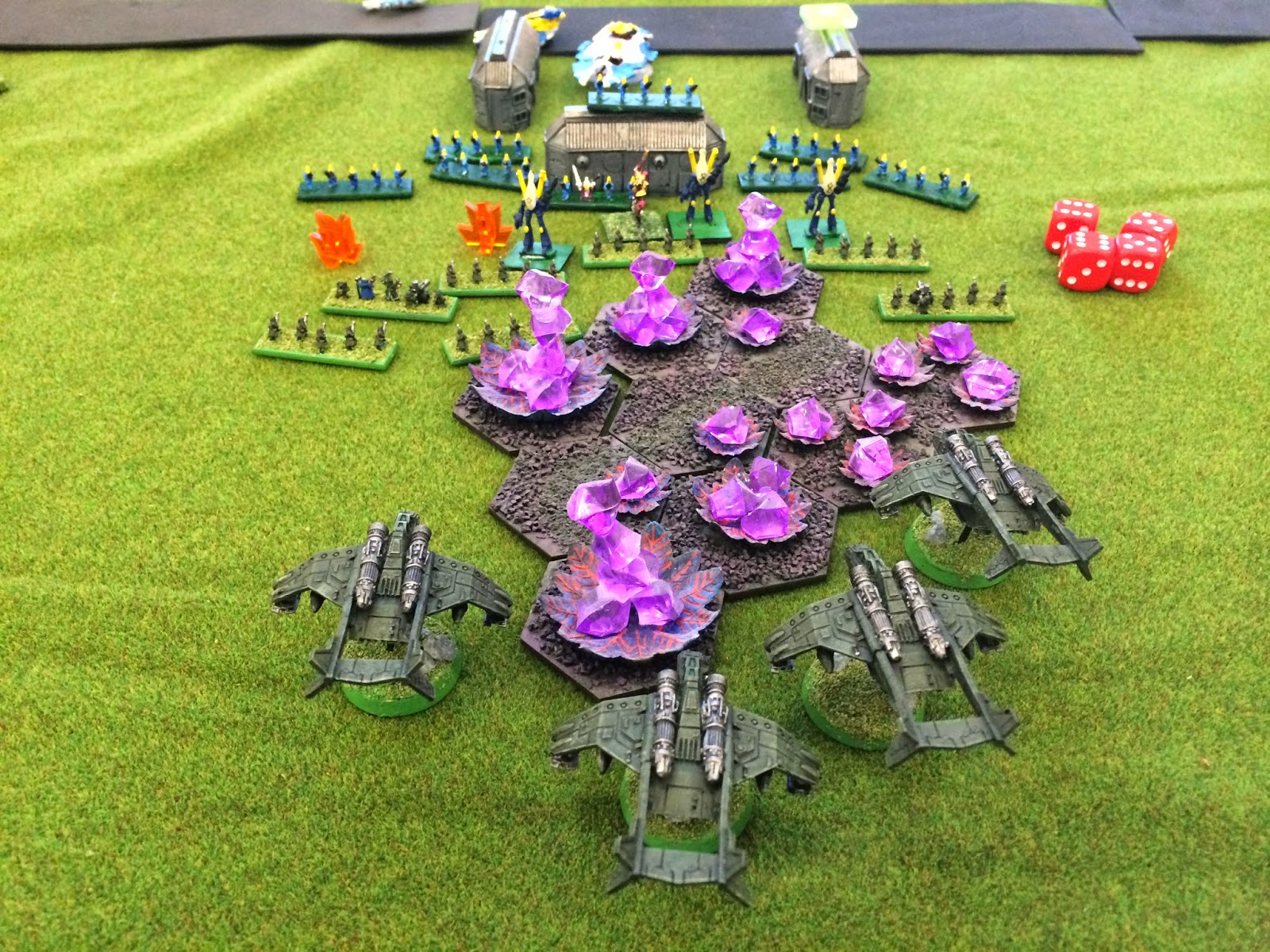 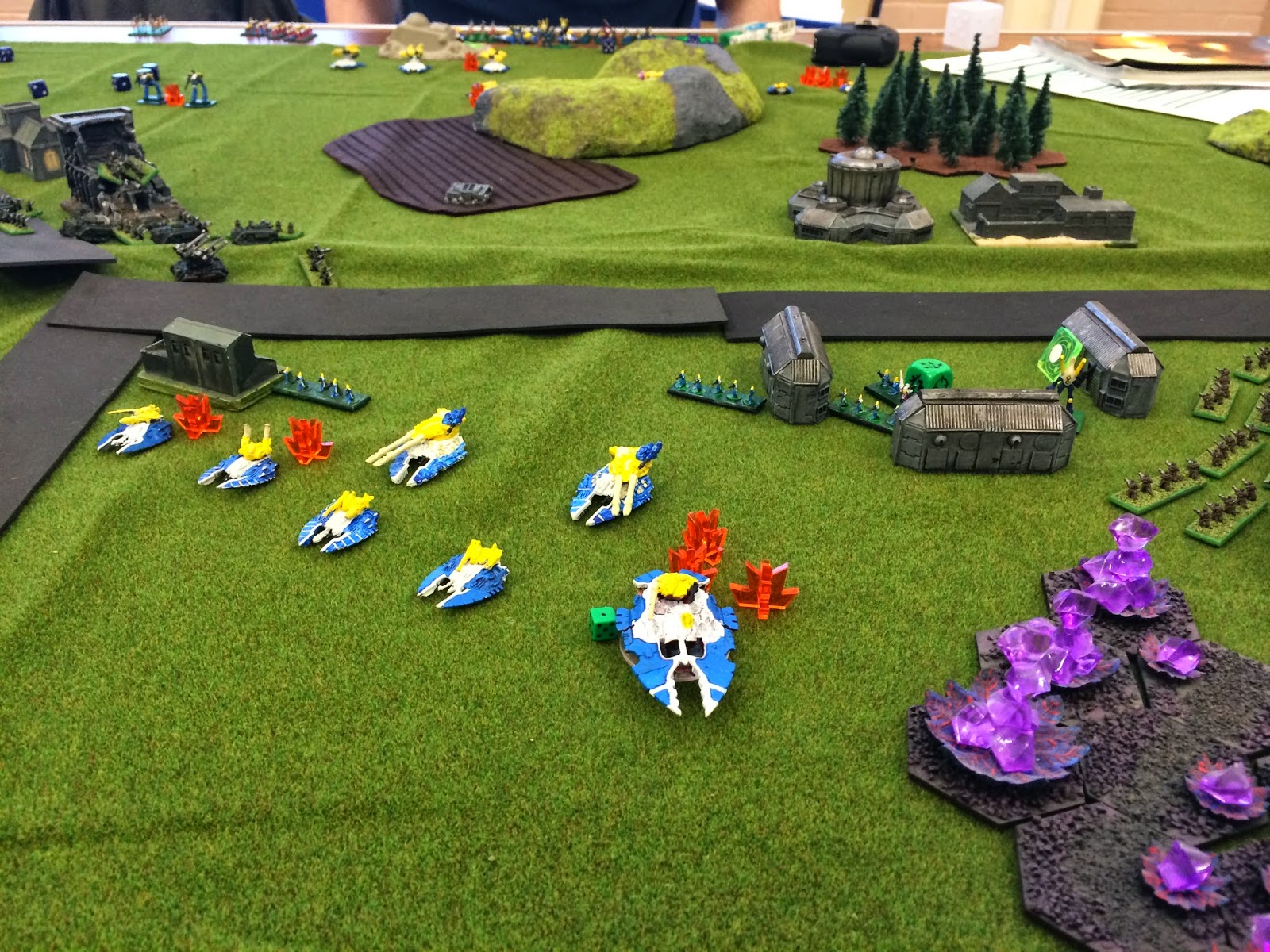 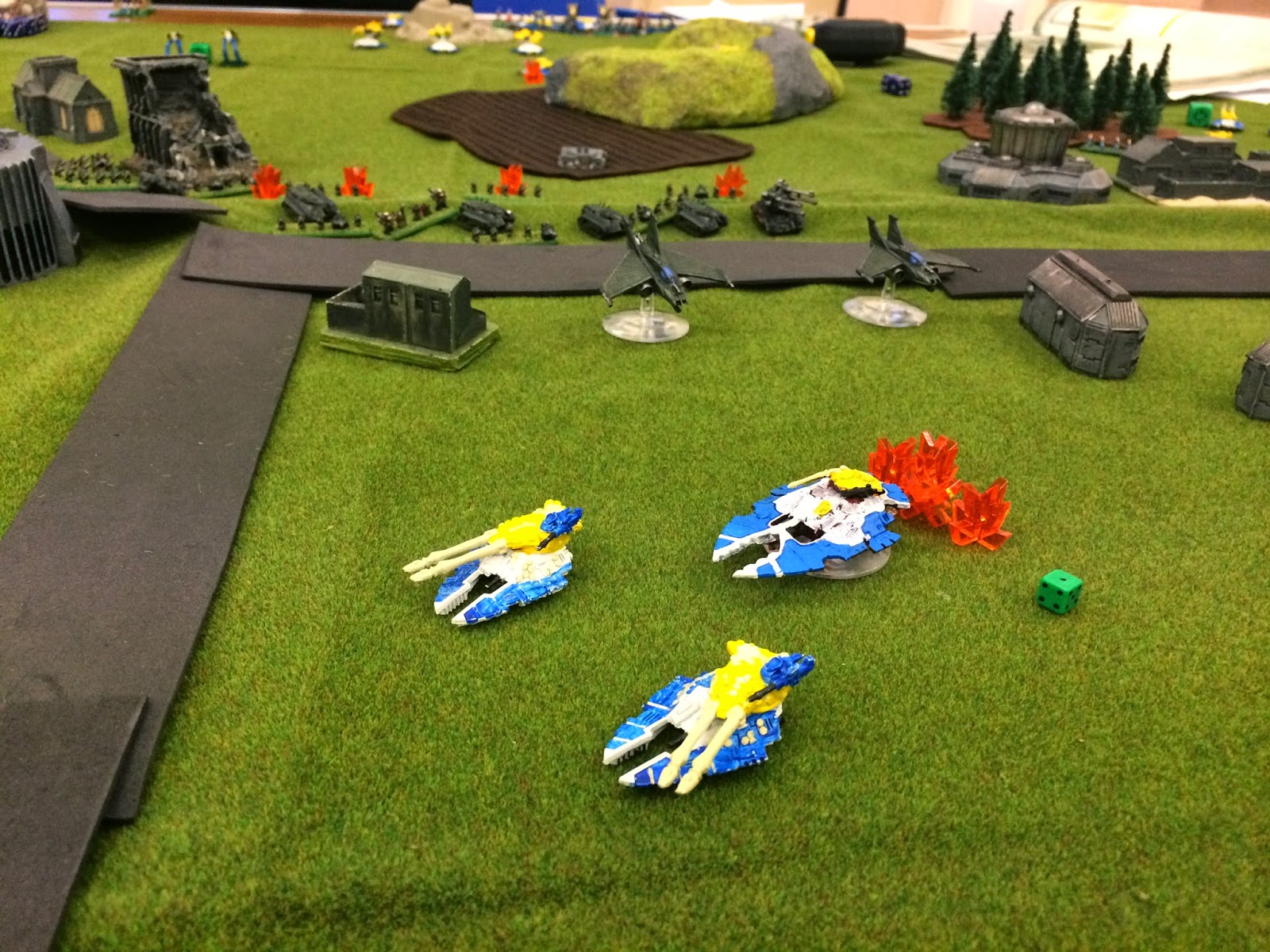 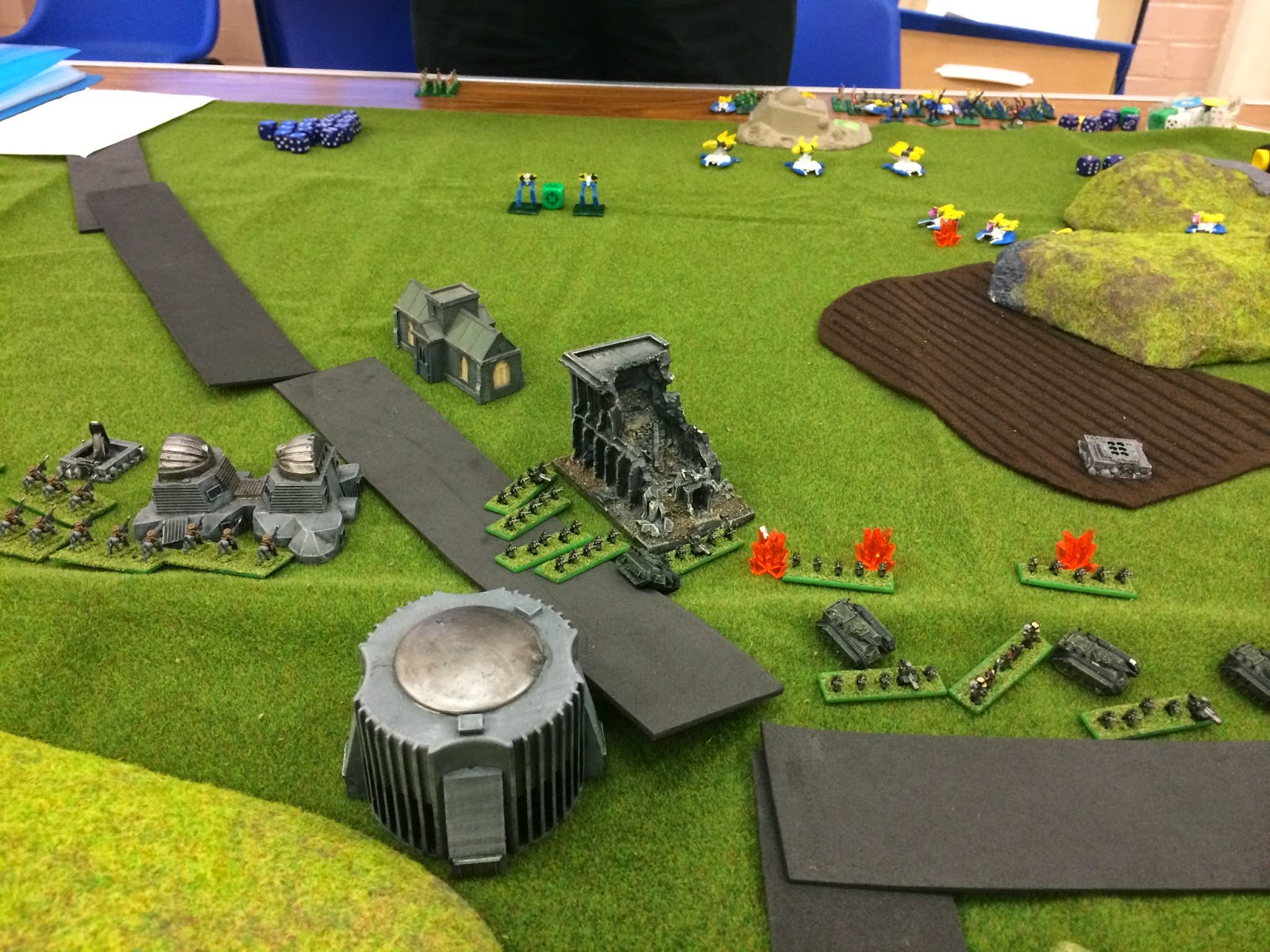 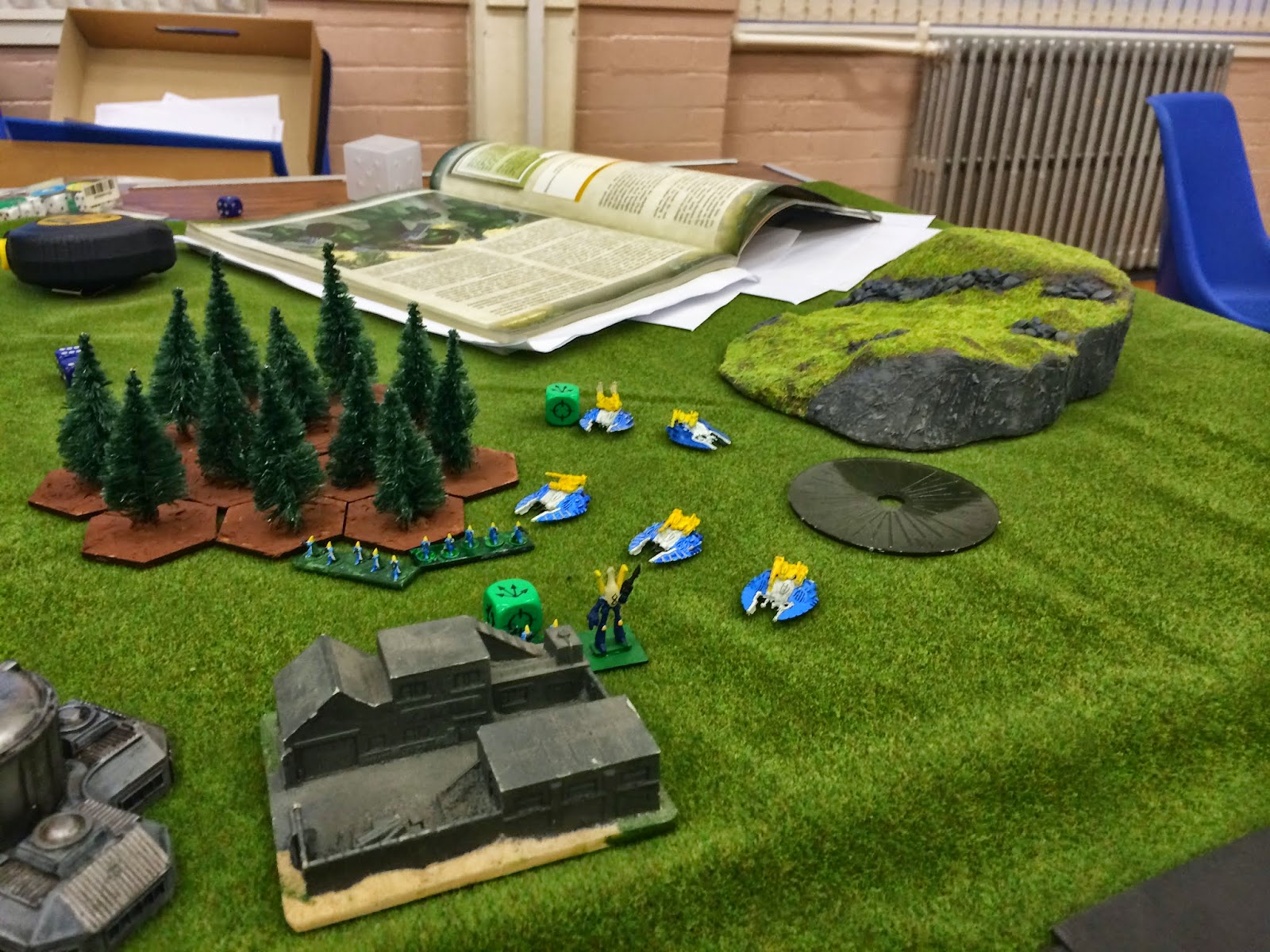 There are a number of victory objectives in Epic, and at the end of turn three each side counts them up to see who is victorious. At the end of turn three we each had succeeded in 2 objectives which meant that we would have to play a fourth turn to decide who would be the winner.  After some consideration we decided to call it there as I was running out of troops and at best might hold on for a turn while Ric's remaining troops would probably wipe out my Tank Company, gaining him another victory objective so we decided that it was a clear victory for the Eldar.

A great game a very different from my usual games of Epic, which are usually against Marines or Orks.  I was totally thrown by the amount of tanks that Ric brought to the table, and that was ultimately my undoing.  Eldar are certainly a slippery opponent as well, with the ability to move large distances and still fire with great accuracy.  Still good fun and cause for some thinking about my approach to the game. Here's hoping to a lot more Epic in the near future.