Down, Down into the Depths

So game 9 of our Mordheim campaign rolled around, and despite a few issues with access to terrain nearly cancelling the game we all turned up.

This scenario involved trying to gain entrance to evil necromancers dungeon, which was guarded by one of his minions, some skeletons and a bodyguard.  He was hiding behind a wall and the only way in was through a locked gate. The key to this gate was obtained in an earlier scenario, which I was fortunate enough to have won.  In addition to this the courtyard in front of the gate, which made up a large section of the board was being patrolled by 4 forest spirits, and large possessed tree, all of whom had been corrupted by the evil magic in the area. 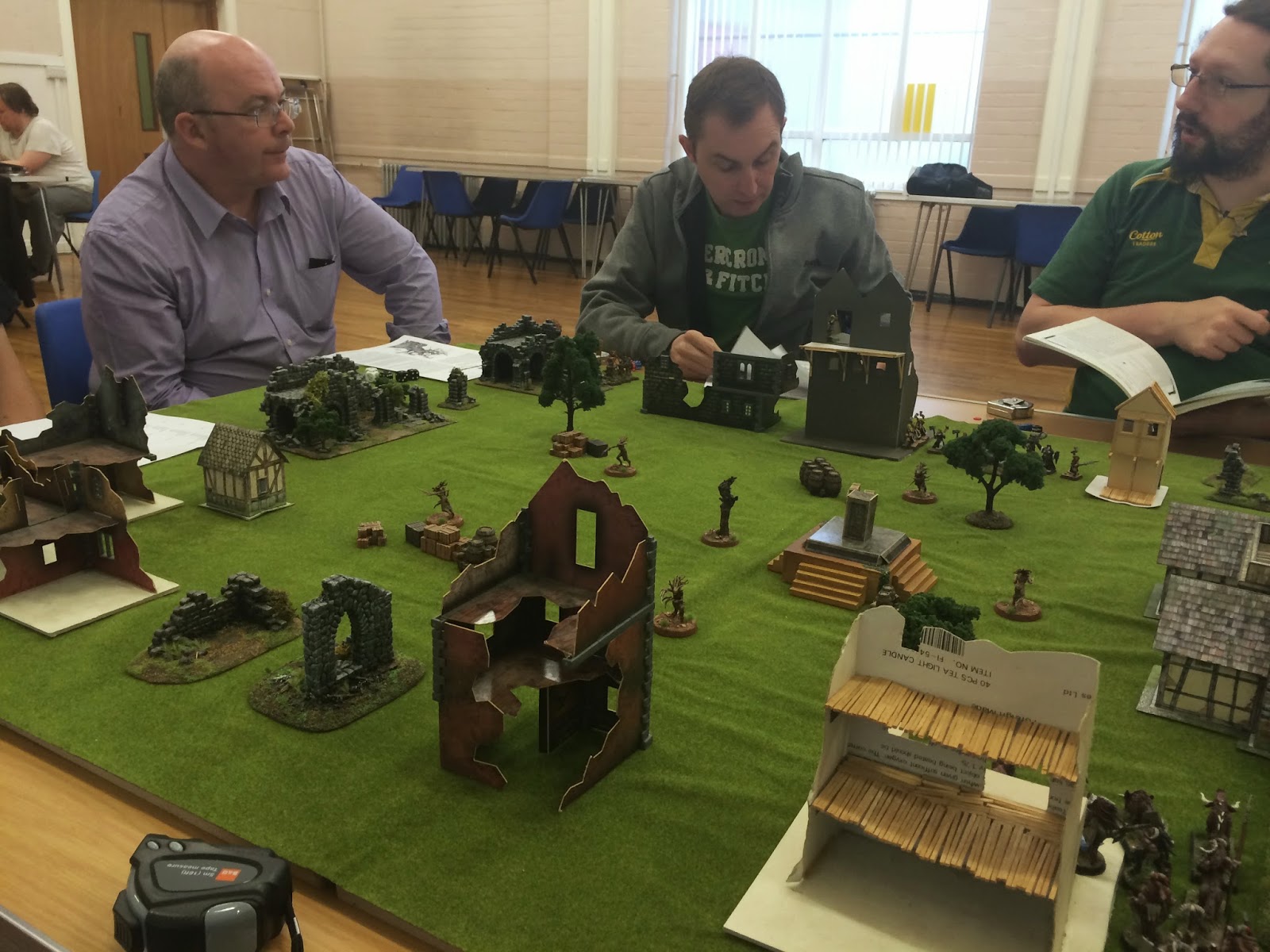 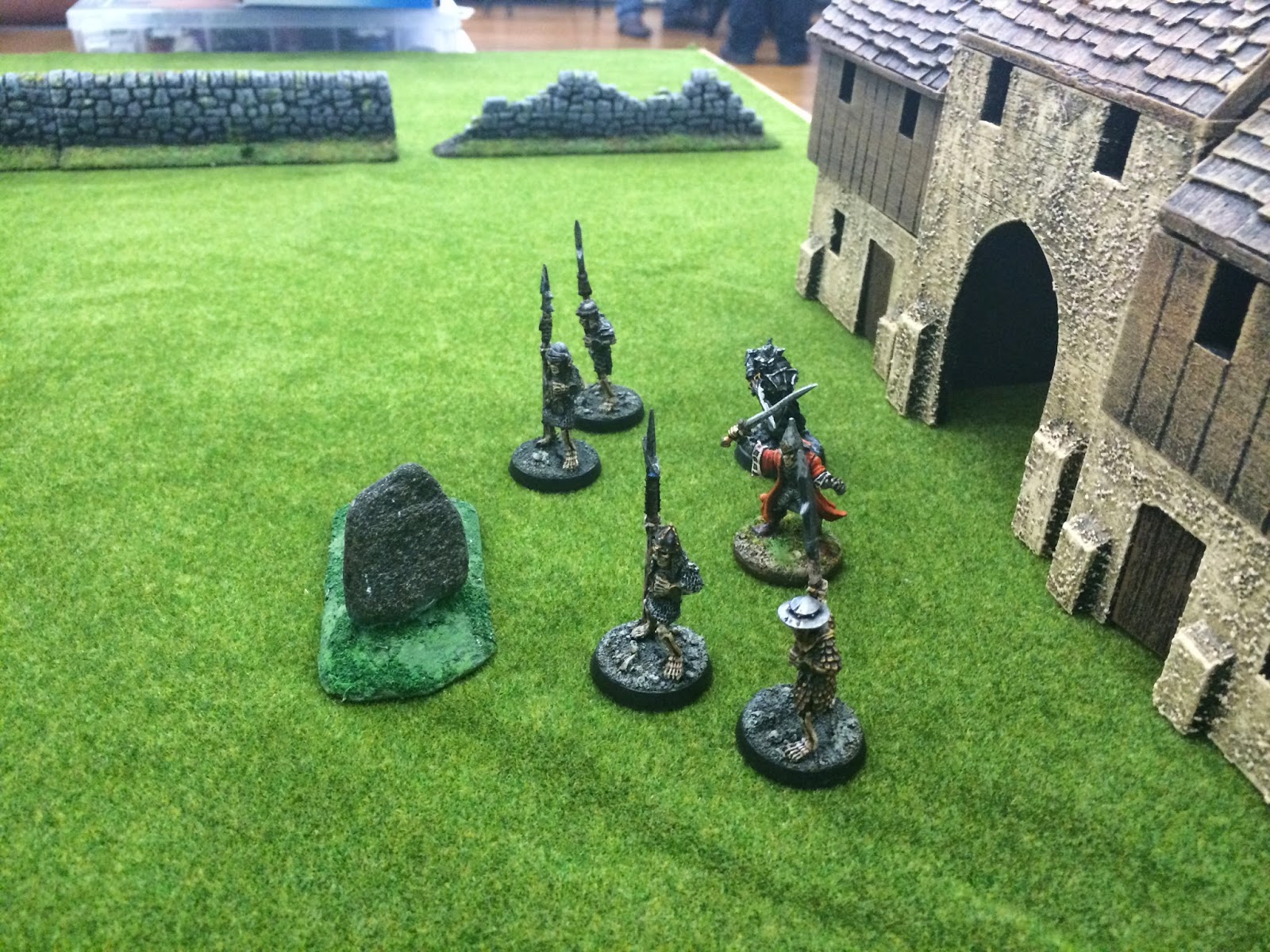 The usual suspects were involved, although Rory had retired his warband so that he could control the forces of evil.   that left Dave and his Marienburgers, Andy and his Sisters of Sigmar, Ian with his Reiklanders and me with my Beastmen.

As I had won the last scenario I got to choose my deployment area while everyone else was random, and also got to deploy 12" in, rather than the usual 6".  I decided that this week I was going to concentrate on the scenario objective and deployed as close to the gate as possible.


I even managed to get the first turn of the game and made a dash for the gate, while everyone else was a bit more cautious, looking for good firing positions for their archers (not much of a consideration for me!).
Two tree spirits advanced towards my position and in my turn I killed one with my Centigor, and the other with a spell from my warband leader.
Andy advanced towards another tree spirit, while Ian got the short straw and the random movement of the large tree put it heading towards his warband.

Mid game saw Dave sneak down the flank, taking the odd potshot as he went, Andy having a hard time against the large tree spirit and Andy getting stuck in to the one of the smaller tree spirits and Ian's warband.  I managed to tackle another tree spirit, while losing one warhound to an arrow from Dave's Marienburgers.
I managed to get the gate unlocked and at this point my Centigor decided to have a little to much to drink. I stalled a turn and then charged in, and between my chargers and managing to get another two(!) spells off made short work of the evil Nercomancers minions before being the first to exit the board into the underground vaults of the evil overlord. 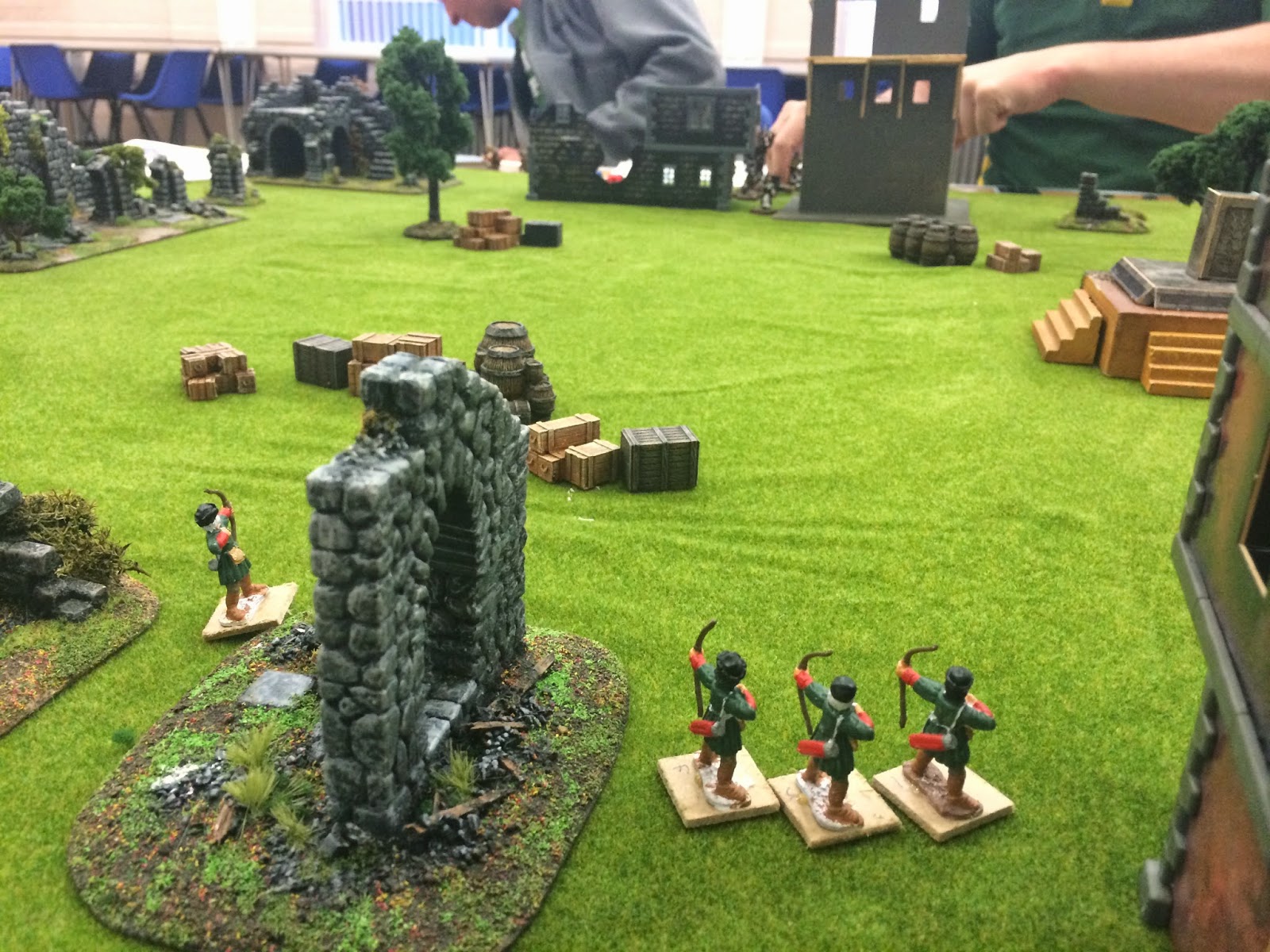 So victory for my Beastmen, and I only lost one warhound in the post game phase.  The others were not so lucky, with Andy suffering particularly heavy losses.  The final game of the campaign take place in the catacombs, and should be quite a different experience.