Getting Near the End

Game Eight of our Mordheim campaign rolled around, with all the usual suspects involved.  This time were trying to capture one of the Dark Lords minions, so that he could be questioned to ascertain the whereabouts of his lair.

We had a pretty dense table set up with lots of ruins littering the table.  The evil minion was deployed in the centre of the board, with his four skeleton bodyguards. We rolled randomly for deployment and I ended up wedged in a corner, with Rory to my right (again) and Ian to my left.  After the last game I decided that I could rely on Ian to be a bit cautious and bide my time to see what people did.

Andy moved straight towards the centre of the table. Ian and Dave advanced cautiously, trying to use their archers for cover. Rory decided to split his warband in two. Half of his force advanced towards the centre of the table, while the other half formed up to keep an eye on my Beastmen. His first shot of the game managed to take one of my warband out of action though. Not a good start!

On my third turn my Centigor went Frenzied and charged straight into Rory's ogre bodyguard, so basically the whole warband followed in behind. 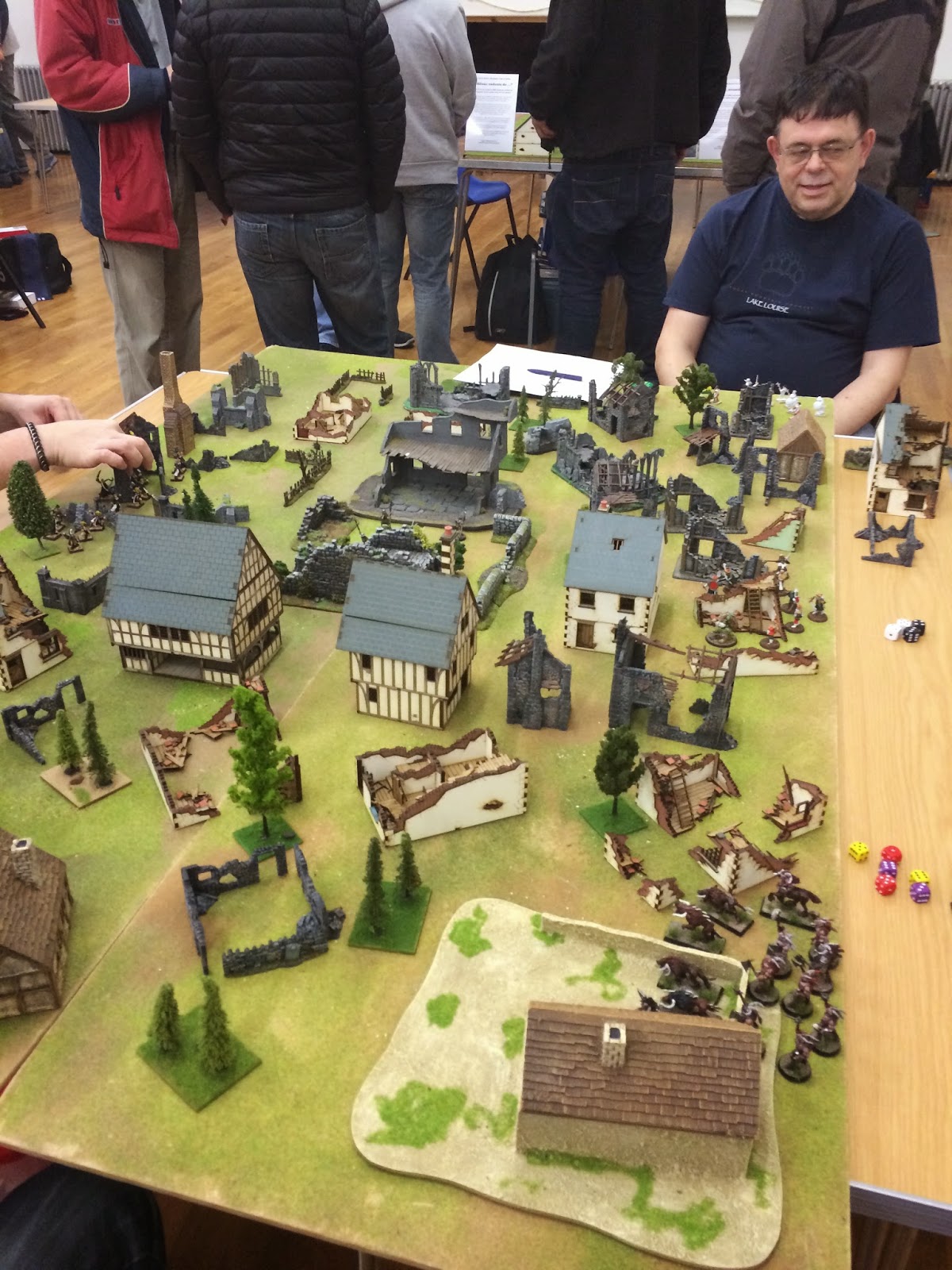 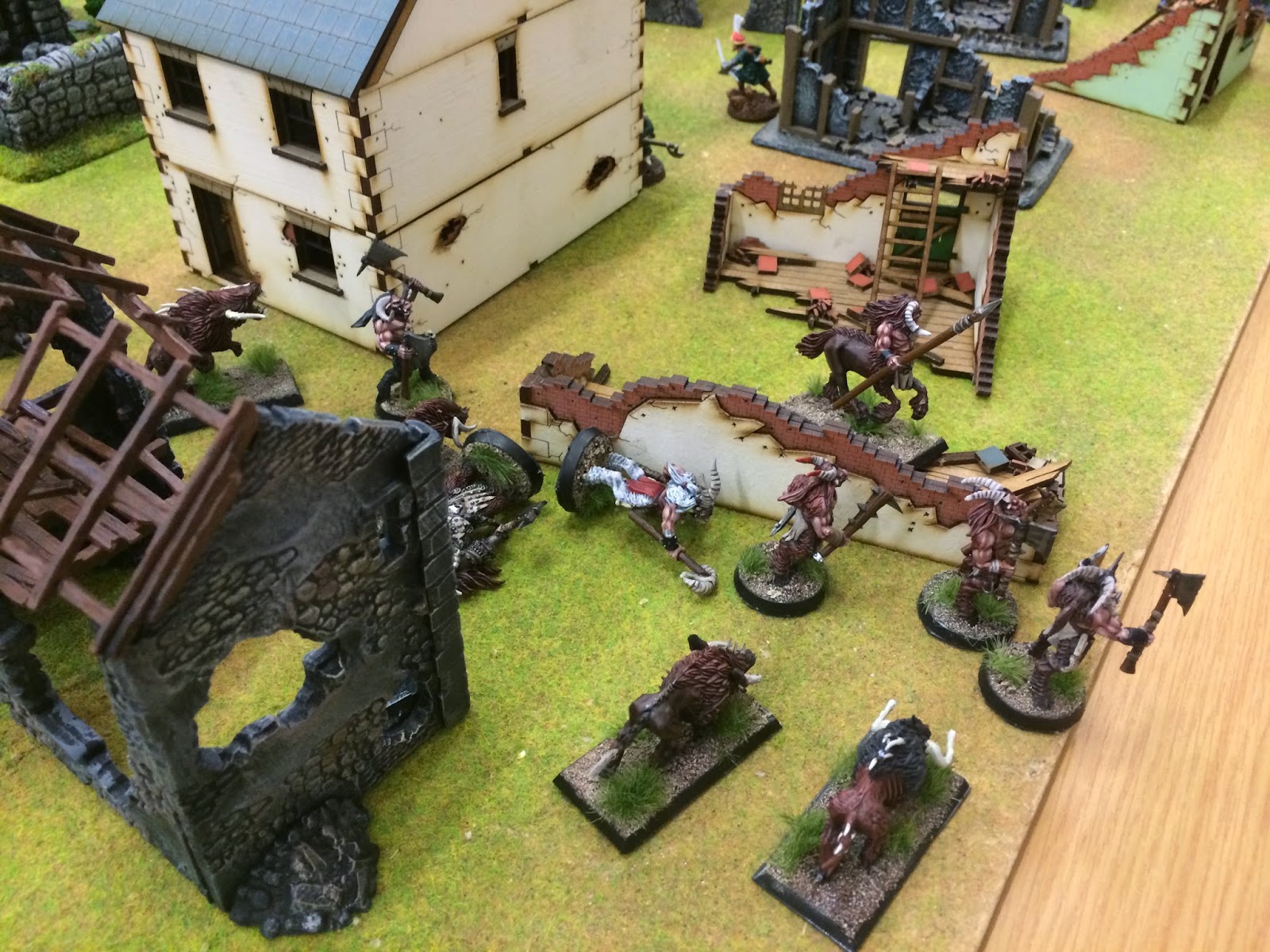 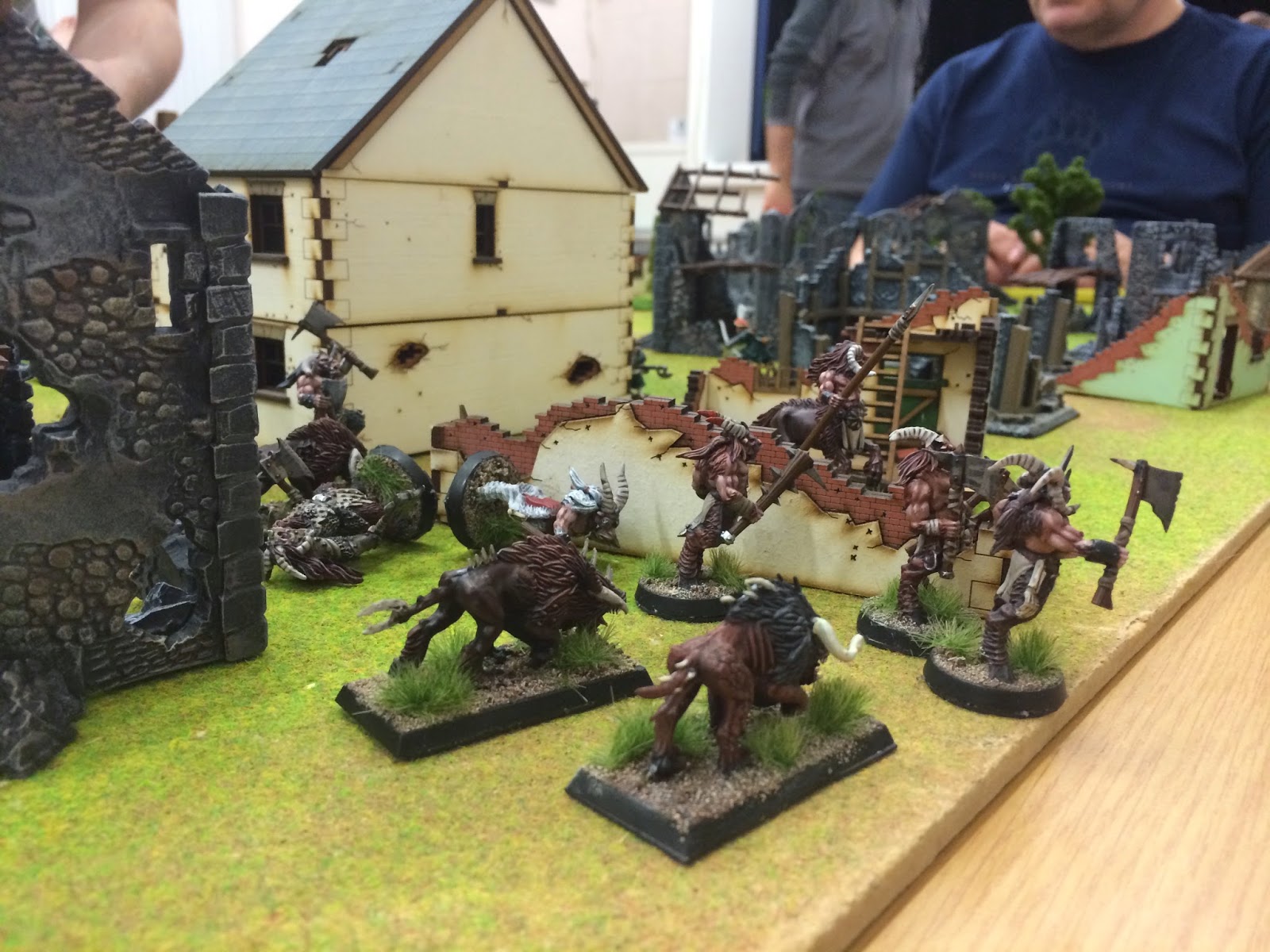 I managed to do a fair bit of damage, with my Centigor taking out the Ogre with his charge. It was not without casualties though, with another two of my Beastmen going out of action. Still I managed to take out 7 of them in short order, by which time I had lost three of my number.

Elsewhere on the table Andy had taken some casualties to sniping and from fighting the evil minion and his skeletons, while Ian advanced very cautiously towards the centre.  Rory failed his rout test and was out for an early bath.  I circled the action cautiously.  Andy and Dave then got stuck in where Andy's early losses cost him and he eventually decided that his losses were too great and he retreated from the field. Then there were three.  We started circling round each other, with my Beastmen using their superior movement to put the two human warbands close to each other in the hope that they would have a go.  They did and I started to move in to pick off some of Dave's stragglers. 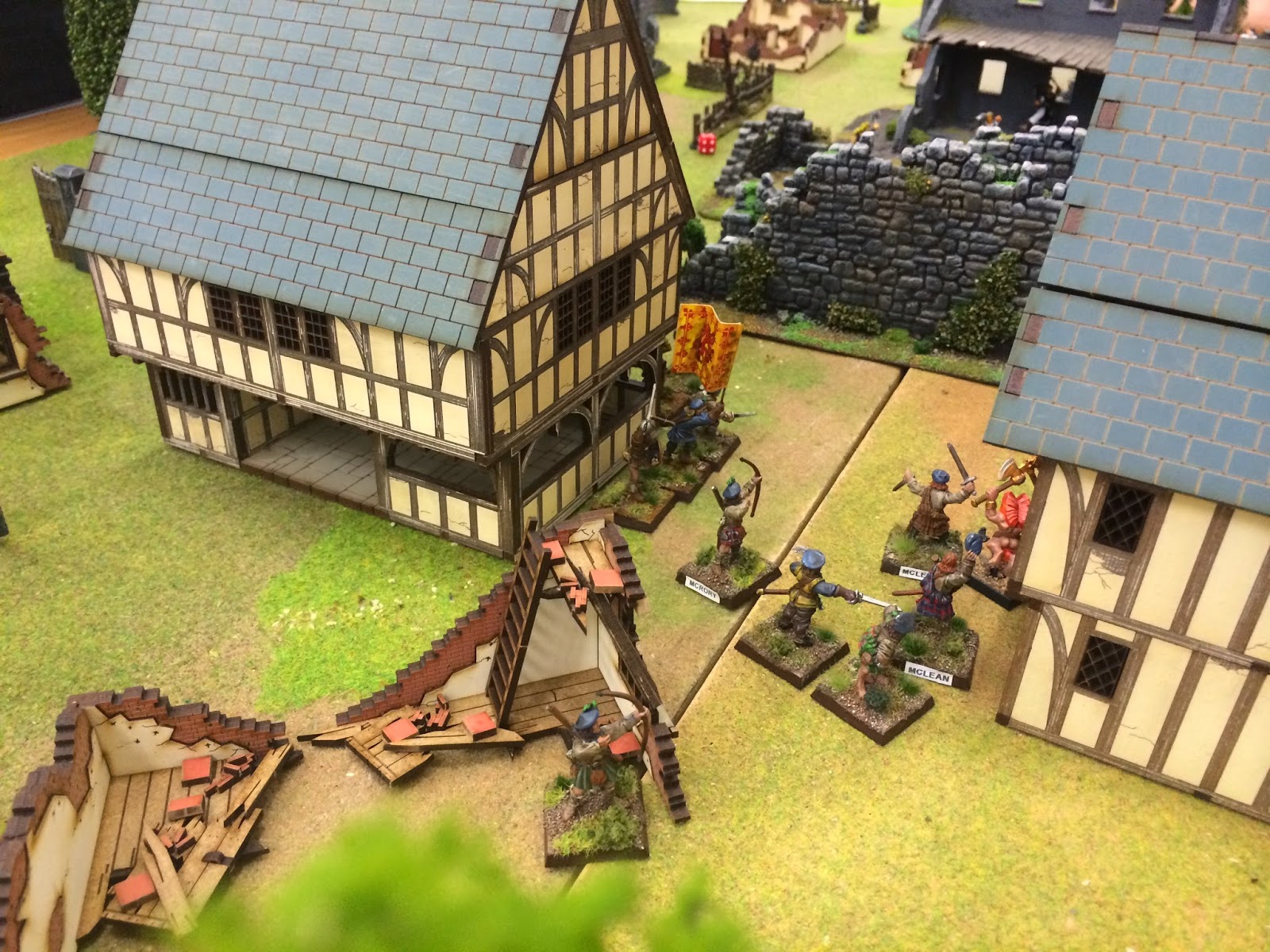 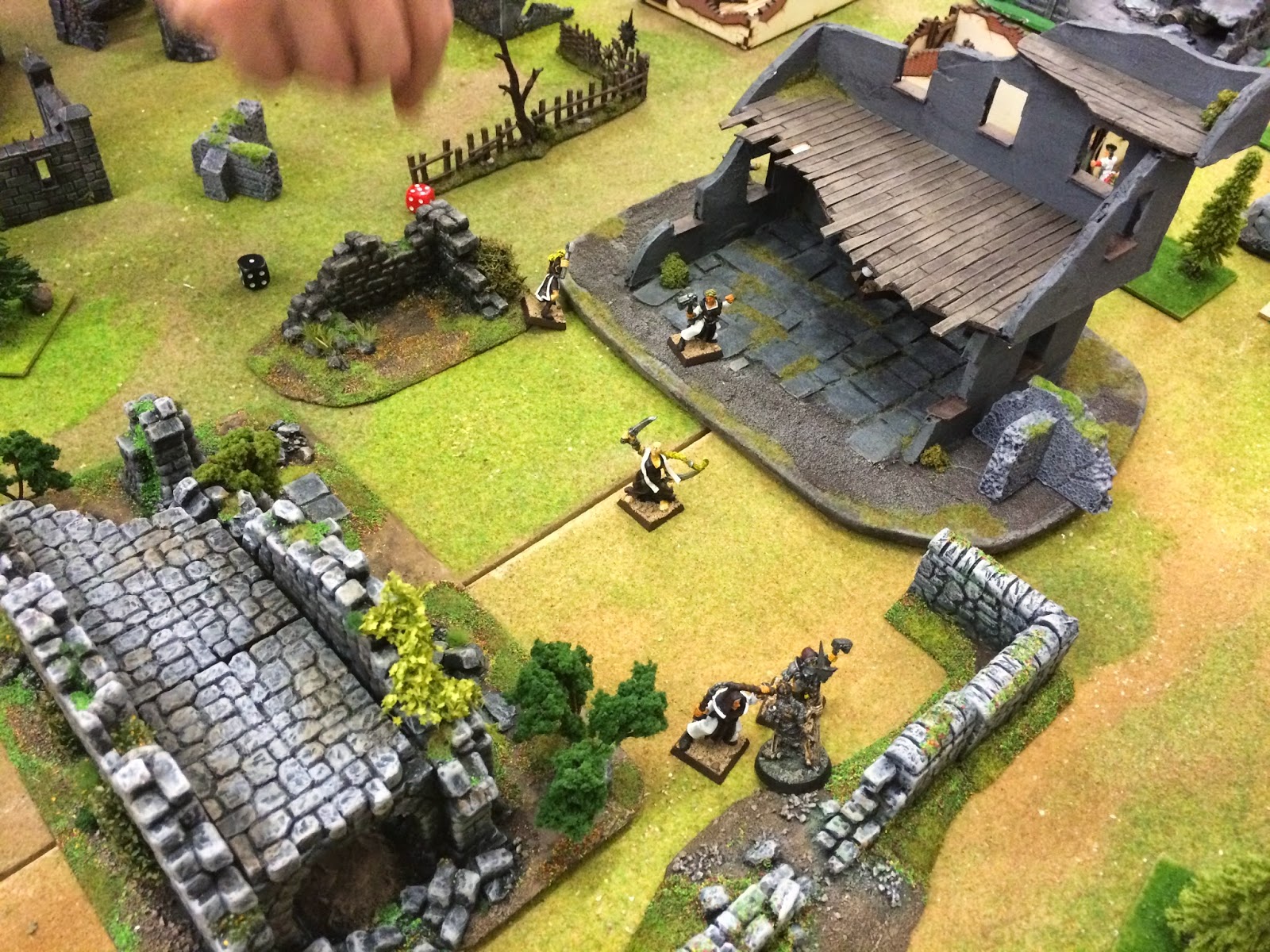 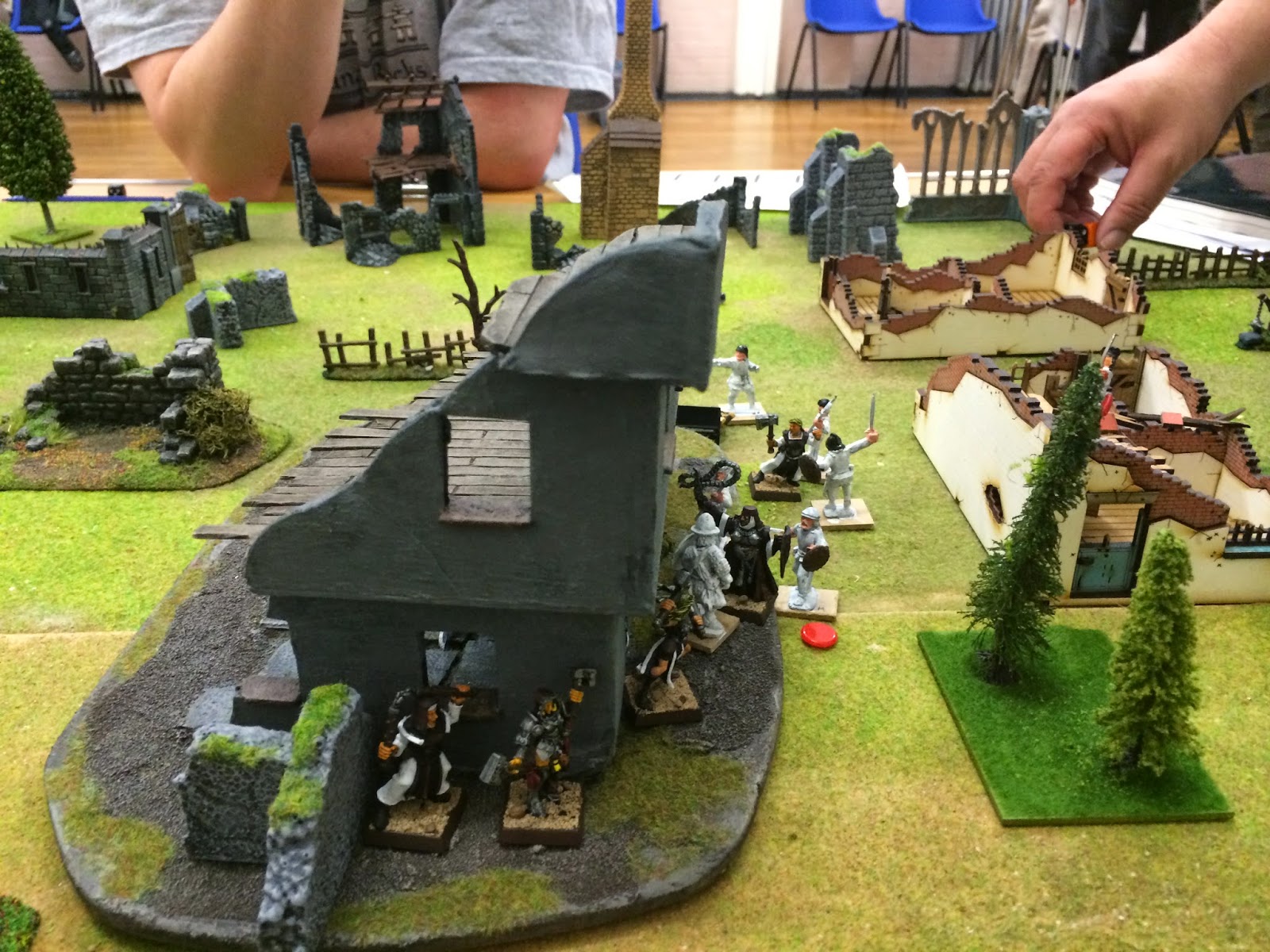 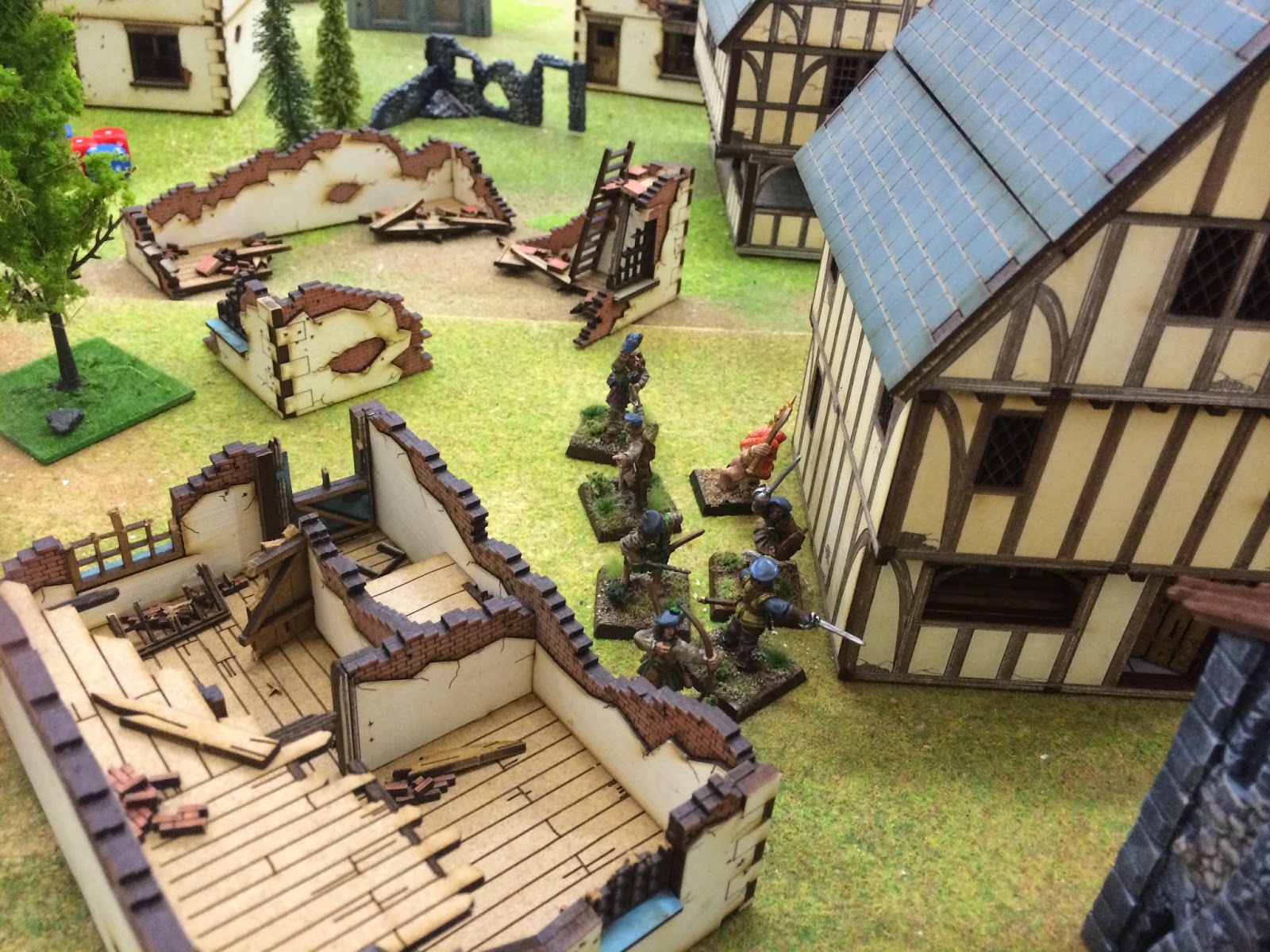 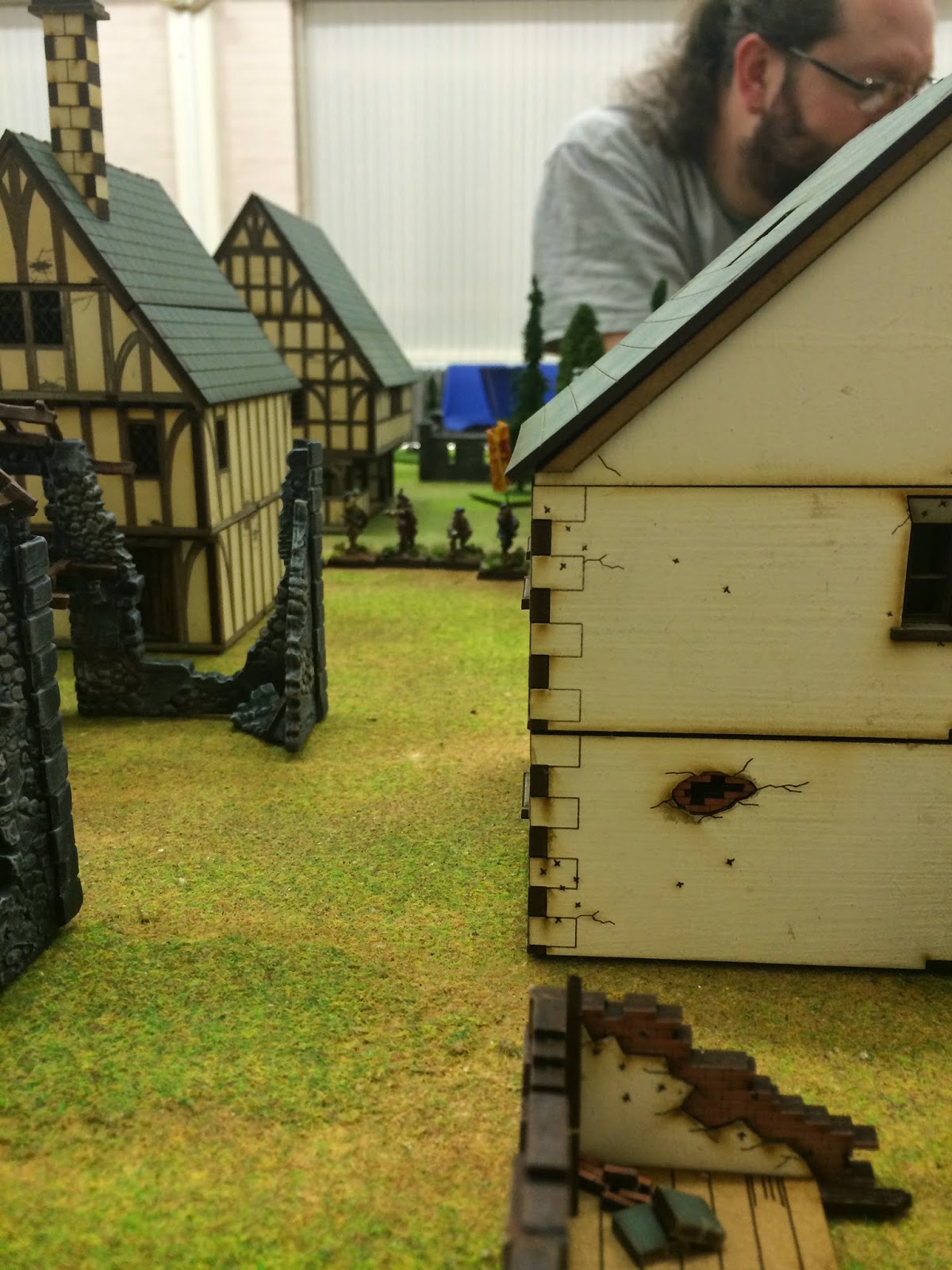 . After a few rounds of fighting Dave decided that his warband had had enough and called it a day, leaving me to face off against Ian's Reiklanders.  I advanced quickly, while Ian managed  a few potshots that hod no effect.  I eventually managed to get in a good charge with my warband and started to inflict a few casualties, but Ian has made his warband quite resilient and I did not do anything like as much damage as I would have liked.  Apparently I did enough though as Ian decided to preserve his warband and fled the field, leaving my beastmen victorious!

To top off the evening I did not suffer any casualties and found a fairly hefty amount of loot. I even managed to capture the Matriarch from Andy's sisters of battle. I had a few options hers, ransom and sacrificing her among them.  Being nasty evil types my Beastmen nicked all her gear and threw her in the cooking pot.  Winning this game has given my Beastmen an advantage in the penultimate game of the campaign, where we search for the entrance to the evil necromancers lair.

All in all a successful game for me, and a disaster for others. I sometimes think that failing your break test as soon as you have to take one can be a blessing as some of the members suffered some pretty horrendous losses from this game.  Two games to go as part of this campaign, and I am really looking forward to seeing what Rory has up his sleeve for the last games of this excellent campaign.

Next week we are kicking of our Chain of Command campaign, with my German Platoon leading the assault on a French defended stroghold in 1940. Looking forward to it.