Marco and I will shortly be commanding the Germans in a short Chain of Command campaign at the club. As a sort of training exercise we decided to have a trial game of the opening scenario of the campaign, to see how we could play it.

We opted for the probe scenario, with Marco attacking with the Germans and I would be commanding the valiant French troops.

We ended up with the same amount of support and I opted for a MMG and the almost compulsory off table mortar support.  Marco opted for a Panzer4. this caused a a bit of a problem as I was not aware that we were going to be using Tanks in this game, and I had no way of actually stopping it.  Being a good sport Marco allowed me to swap out the MMG for an anti tank gun so that helped to even things up a bit. 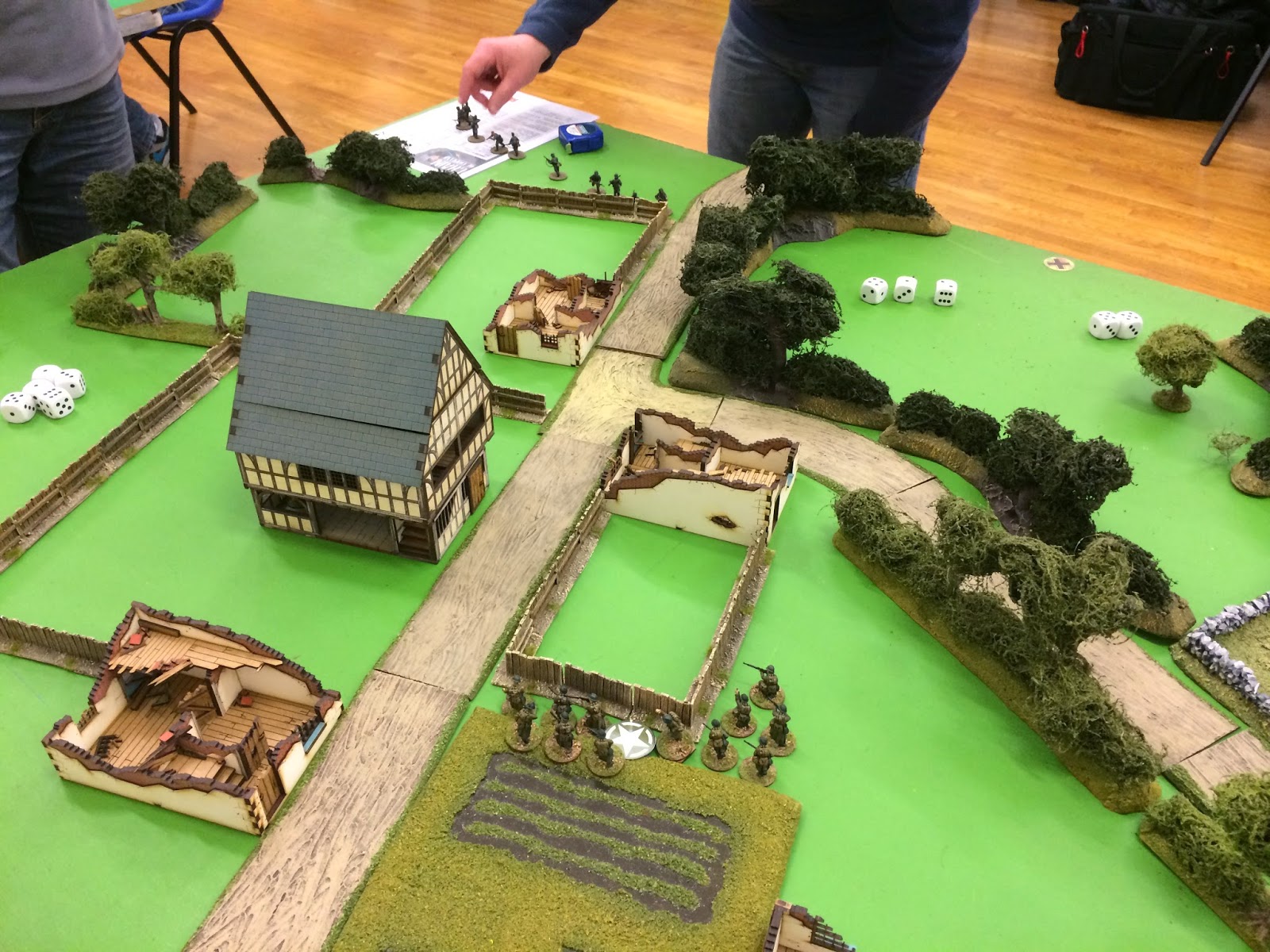 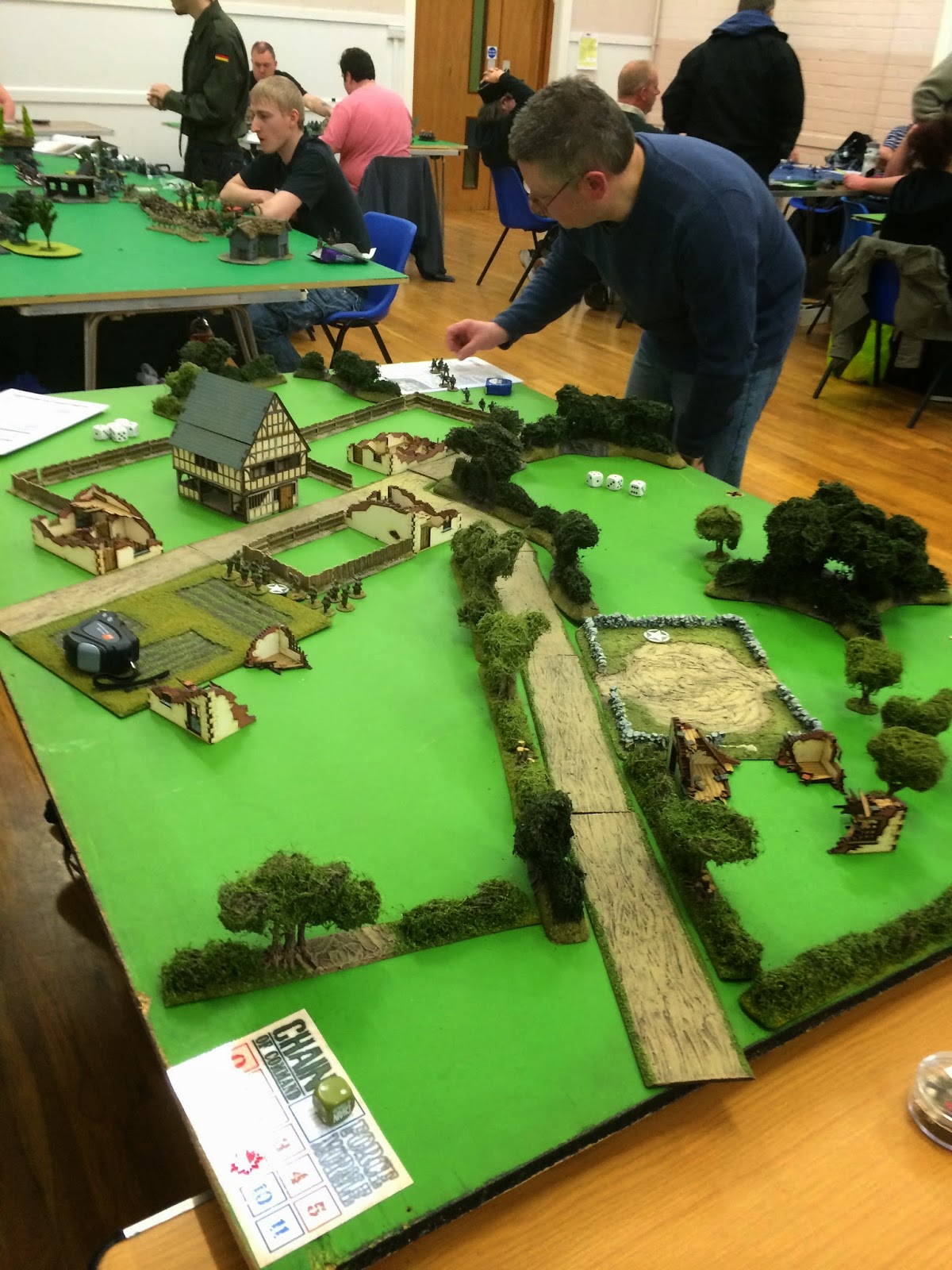 After the patrol phase had been completed we ended up with all our jump off points centred around the small cluster of buildings on the left flank. I had managed to get a drop off point into one of the buildings and decided to use that as my strong point.

Marco was very cautious in his advance and attacked on a fairly narrow frontage, while trying slip one squad of Germans up the flank. 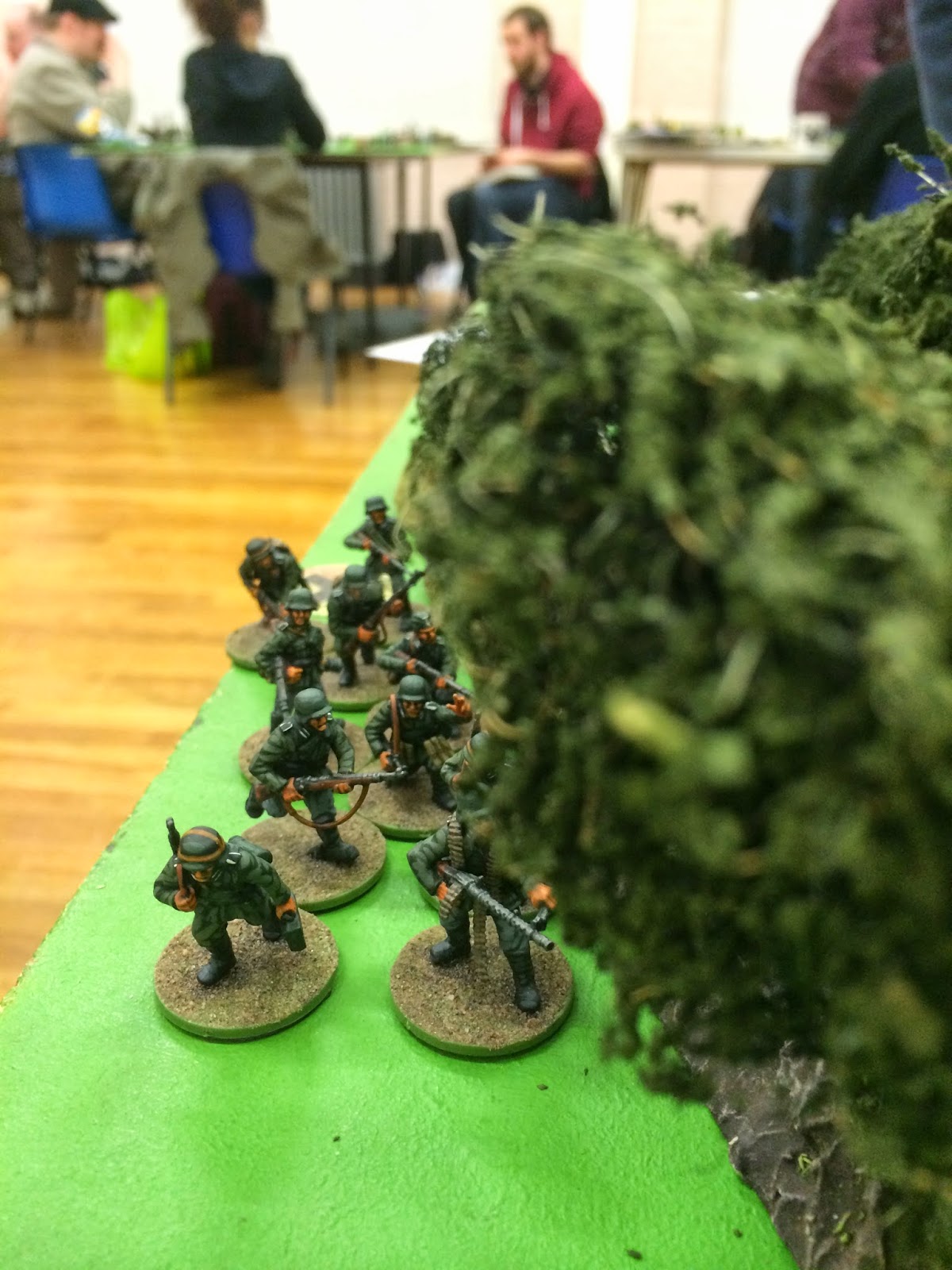 I had a few problems stopping the tank, but Marco basically advanced his Germans up a very narrow frontage and when I managed to call in my mortar barrage on top of two of his four squads there was not really much he could do about it. 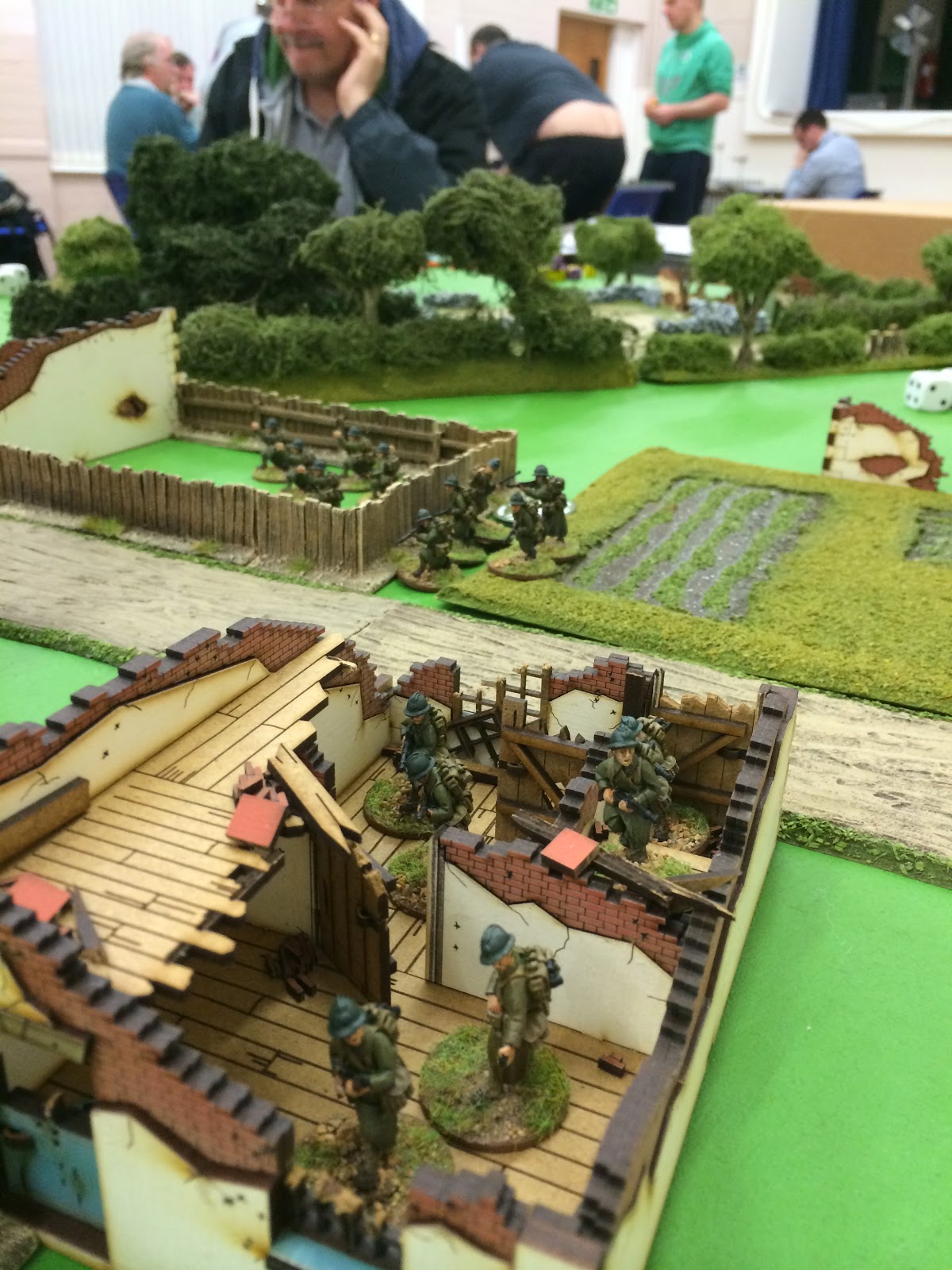 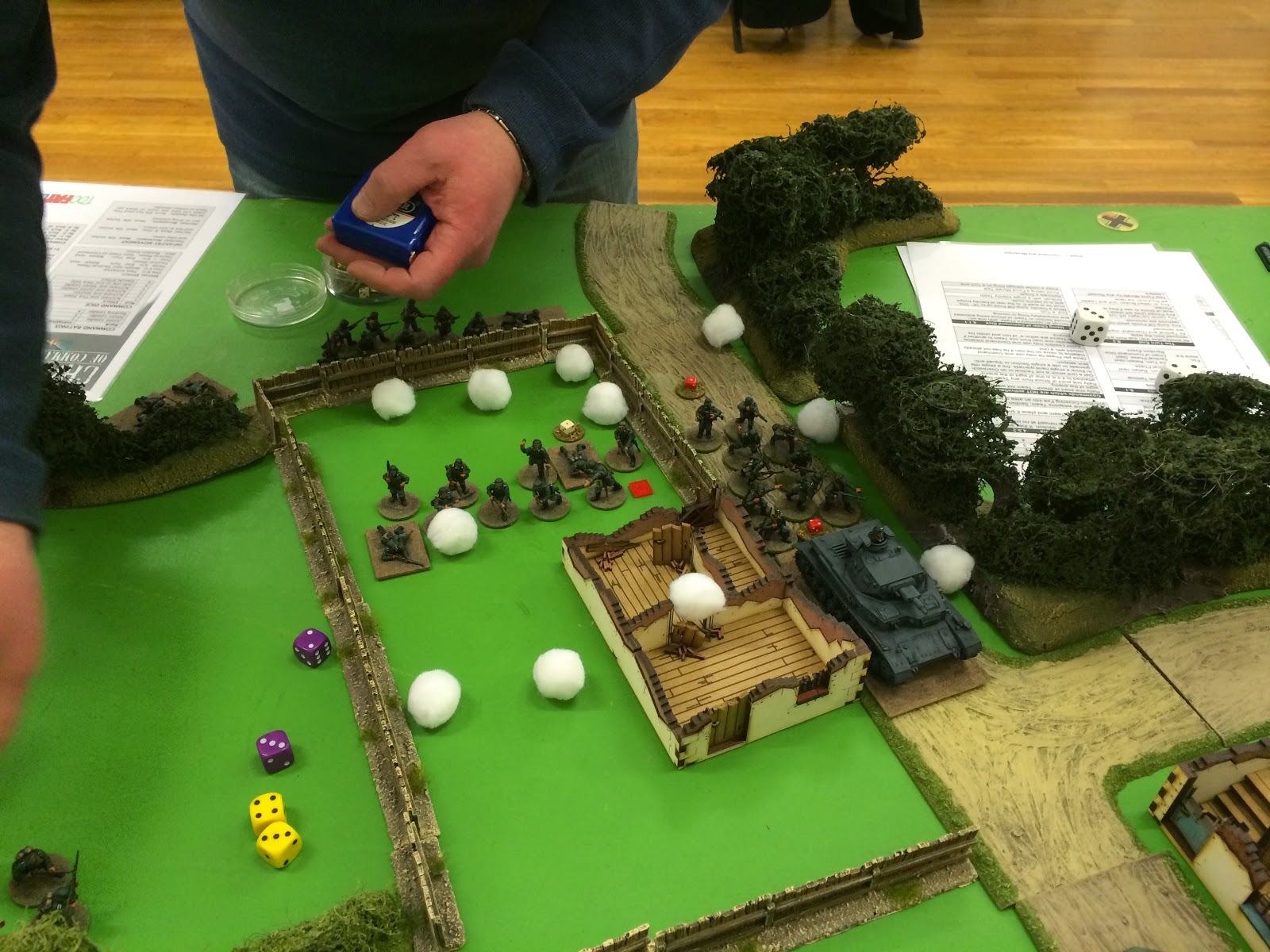 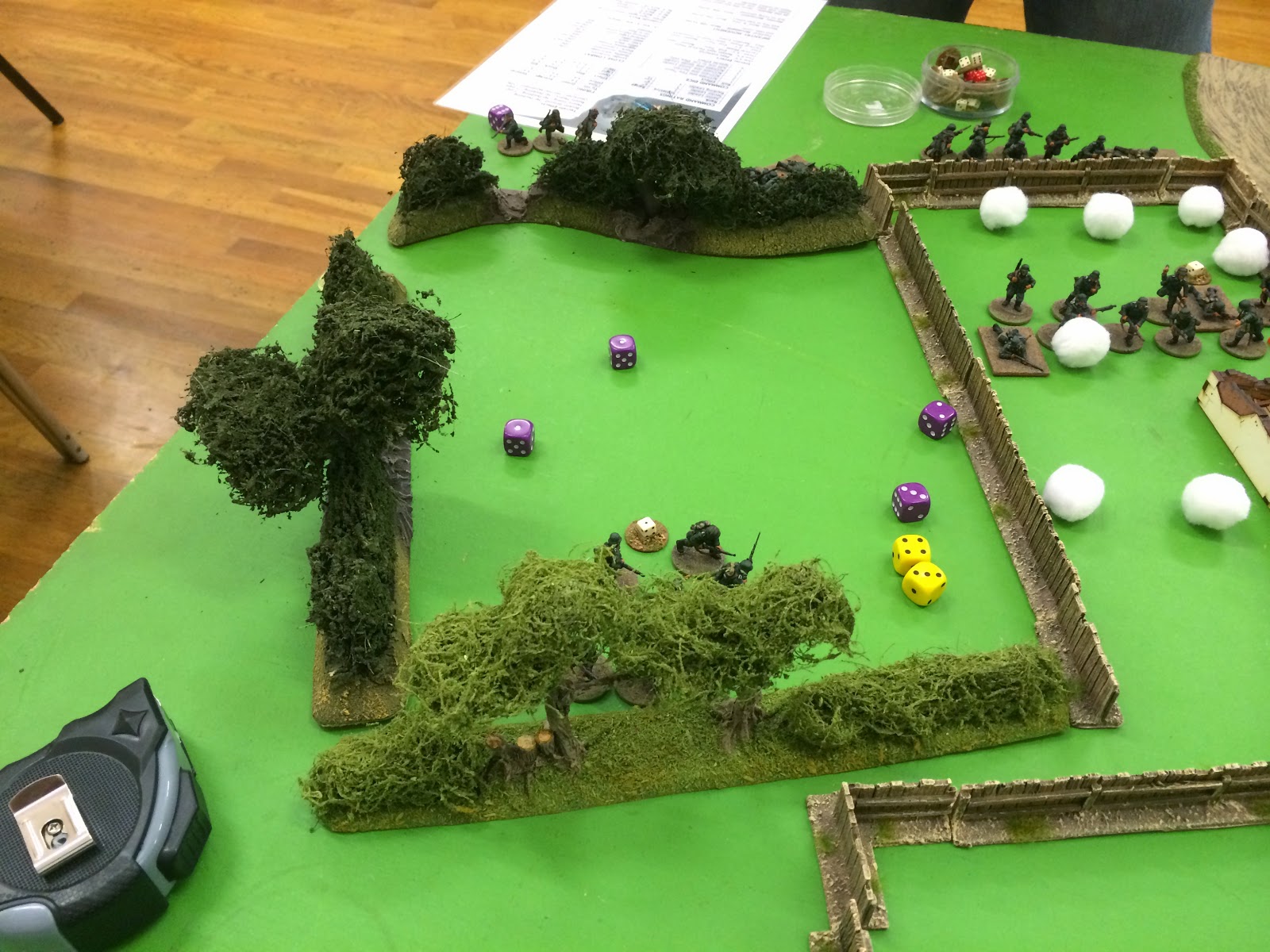 Marco never really managed to advance much further, and apart from his tank taking a few pot shots at the French that were holding the main building never managed to achieve much else, so we called it a day.

A few lessons from my third game of Chain of Command:

Off table mortar batteries are probably the best support choice you can get. They are very effective and there is virtually nothing your opponent can do to stop them.

Always spread out! Marco sent most of his force up a very narrow frontage and as a result of this it was fairly easy for my smaller French force to stop him.

The French struggle to stop Tanks, as they're anti tank guns are quite weak.  I am reluctant to start using tanks in CoC unless it is both sides have access to them. Otherwise it becomes  a bit "I win as I have better toys than you" rather than winning properly, using tactics and luck.

Still enjoying the game though and am going to give some thought about how to tackle the problem of mortar barrages.

Next week we are returning to Mordheim for game eight of our ten game game campaign.  Looking forward to it.