In our club there are quite a number of people who play Impetus, including some who enjoy tournament gaming. As such the default game of Impetus is to use whatever the tournament standard currently is.  At the moment that appears to be 350 points, which is what my last game was.

I really dislike tournaments and so for this game Pete and I decided to see how a 500 point, three command game would work in 28mm.  I would use my Late Romans and Pete opted to bring his Sassanid Persians.  We used an 8 by 4 foot table and randomly generated the terrains, which as it turned out resulted in a completely empty board.

I split my army into three wings.  The centre was held by my always reliable heavy infantry, with supporting archers and some skirmishers. On my right I put my cavalry forces. Two heavy cavalry, two medium and two light.  My Saxons were standing in as Visigoth allies, and I stationed two large warbands, 2 units of impetuous heavy cavalry and one unit of skirmishers to hold my left flank.

Pete stationed his Medium cavalry on my right, a large number of spearmen with skirmish support in his centre, and his Armenian allies on my left. The Armenians consisted of some Light cavalry, one unit of mediums and a couple of units of archers.


We kicked off with my army advancing in good order. I decided that it was more important to avoid disorder than move quickly so opted for a slow and steady advance with most of my army.  My light cavalry started to harass the Persian Horse while I tried to manouever my heavier horse into a good position to charge.  Almost the entirety of Pete's line was armed with missile weapons and advanced to within range. Luckily Pete's dice rolling was pretty awful and I got off with no casualties.

I eventually managed to get my heaviest cavalry unit into contact with Pete's general, and a protracted melee followed. 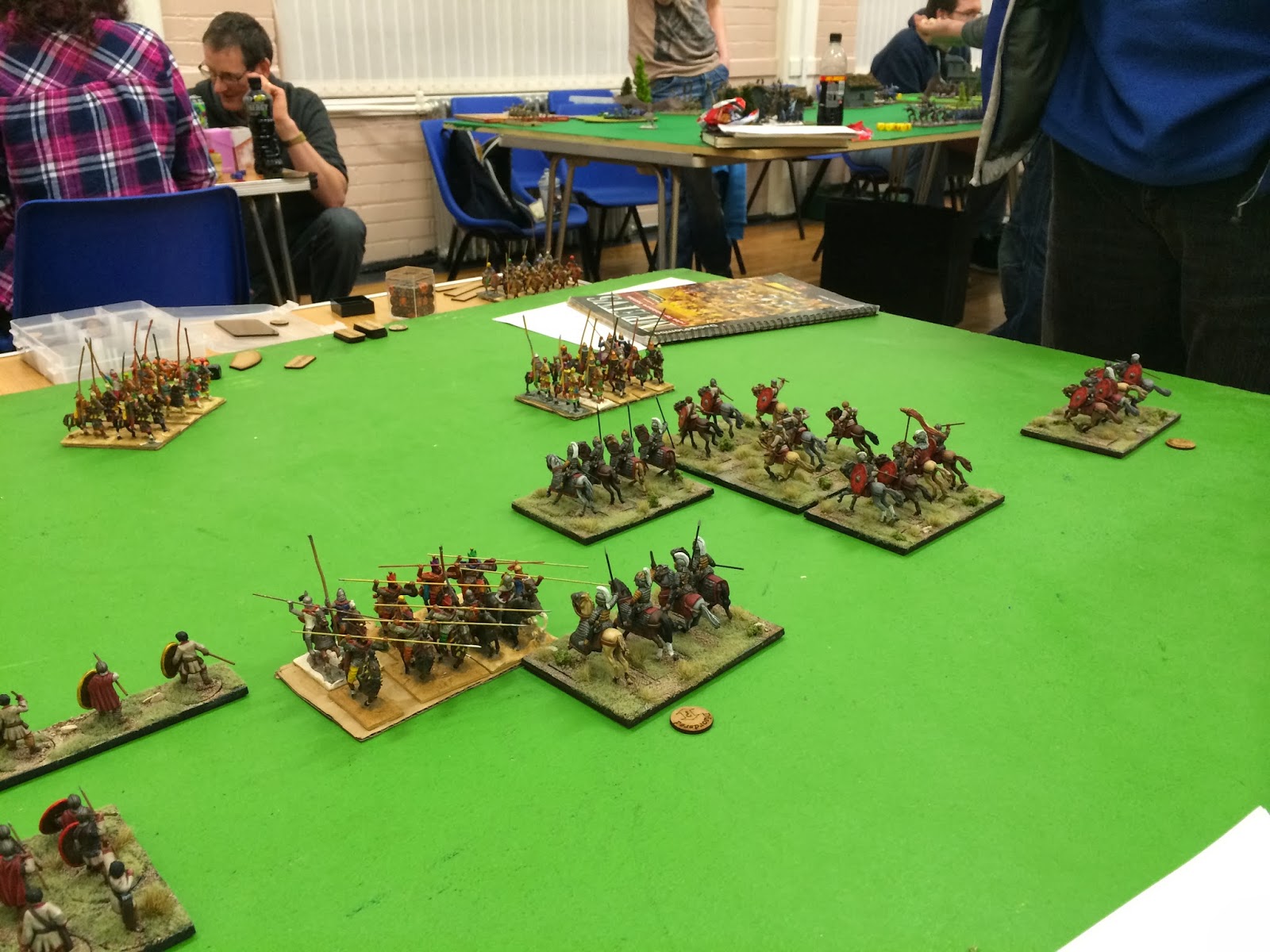 I also managed to get my other heavies stuck in and after a few rounds of combat I defeated both units, for the loss of one of my units of heavy cavalry. This broke Pete's flank command, leaving his left flank open to my cavalry.

On the other flank my Impetuous troops were busy trying to get to grips with the Armenian horse archers and generally failing.  Pete charged in his unit of Medium cavalry into one of my heavy horse, and the ensuing combat actually lasted for the remainder of the game.  This was a good thing as the other unit of heavy cavalry was gradually shot to pieces by the horse archers and foot archers. 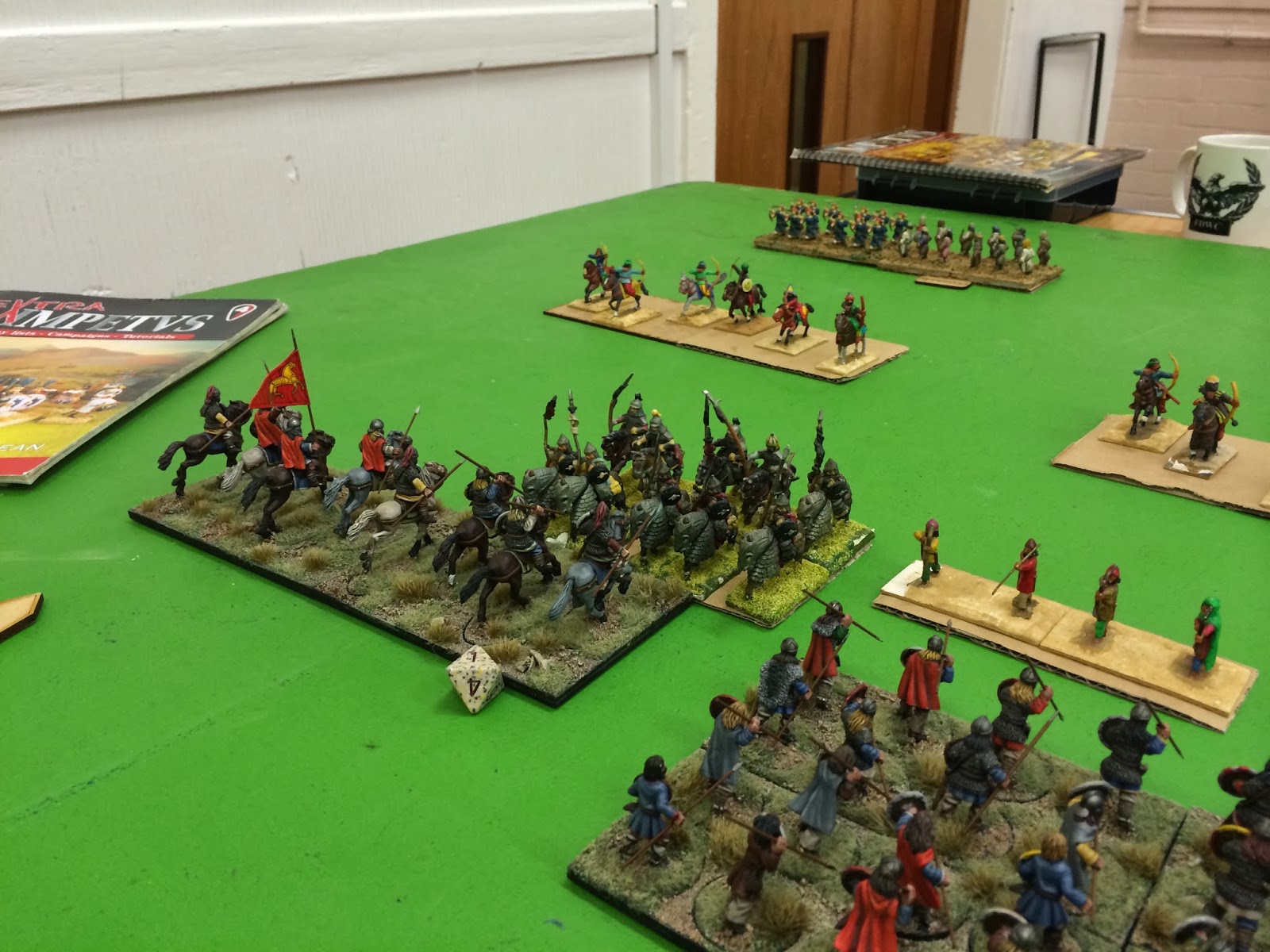 My centre continued the long march towards the Persian centre where a short range exchange of missiles ensued. This managed to disorder a few of my units, and Pete took advantage of this and charged in with his line of spearmen, with neither side managing to gain much of an advantage. 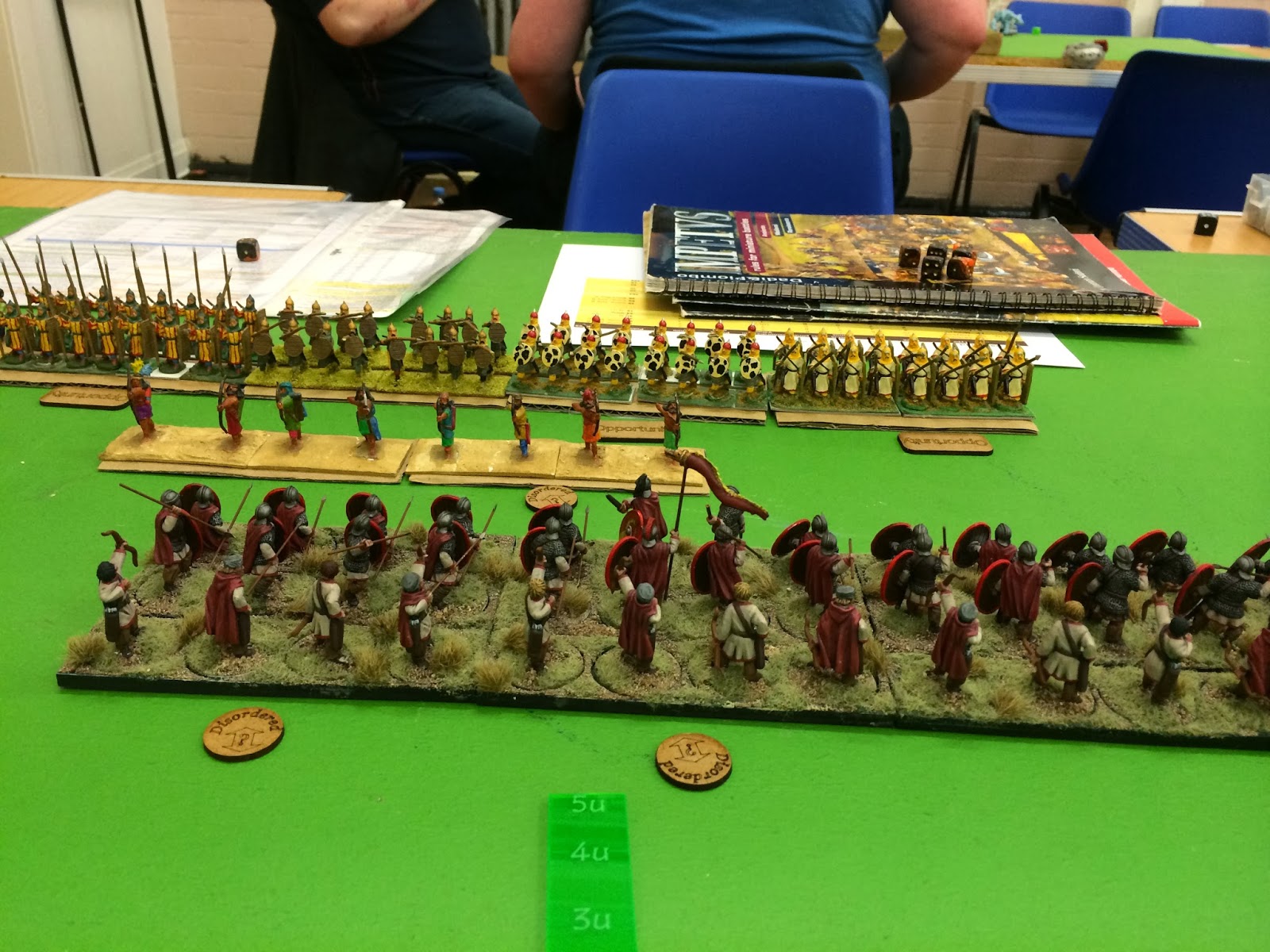 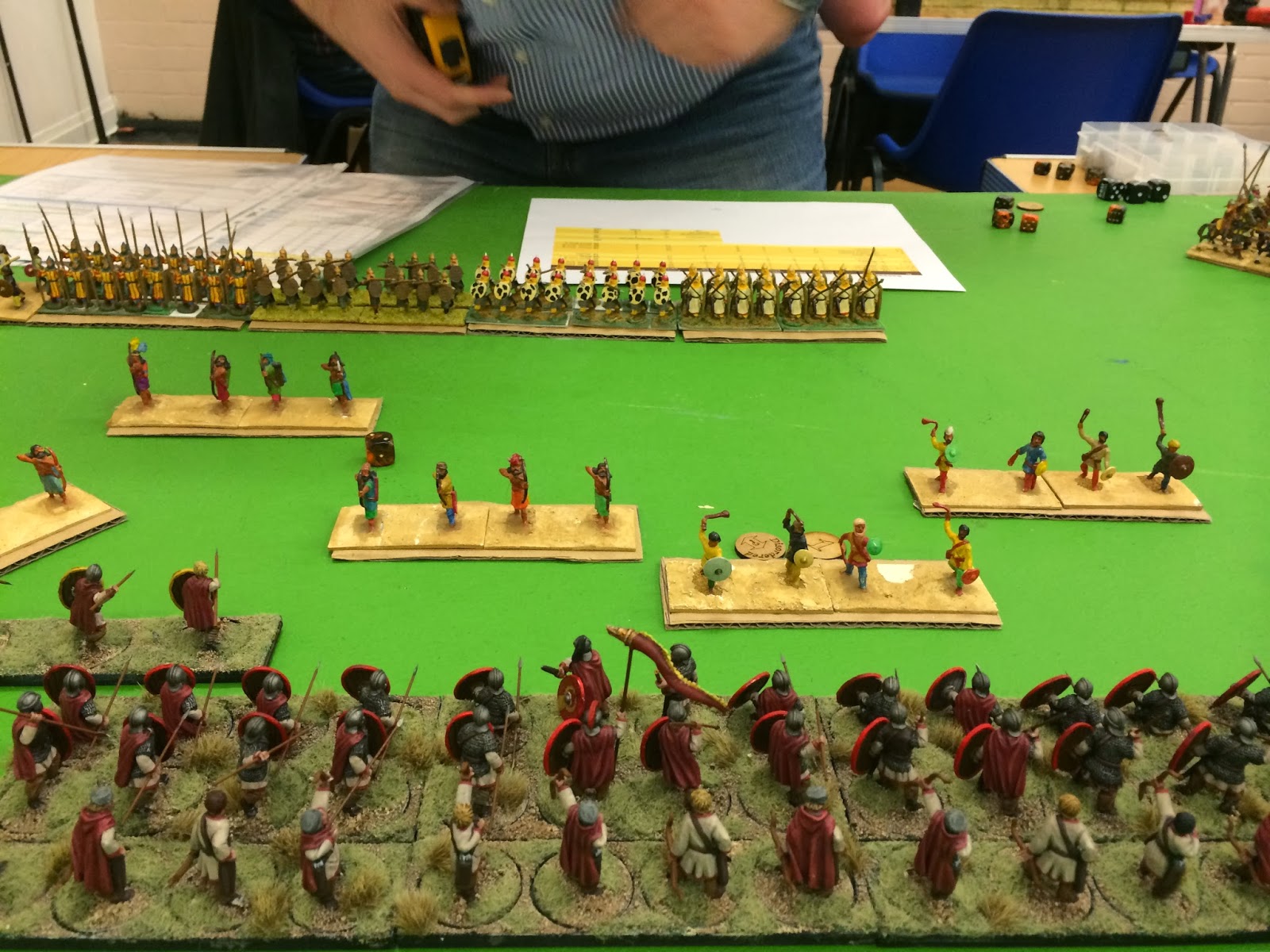 This continued while I tried to bring my cavalry to bear on the Persian centre, but in the end I managed to get one of my large Visigoth warbands in to contact with a unit of Pete's light infantry, and then followed that up with a lucky flank charge on a unit of skirmishers which managed to break Pete's centre command, and consequently his army.

On my left flank one of my units of Heavy Cavalry was basically shot to pieces by all the Light Horse, while the other unit managed to drag the combat it was engaged in out for the remainder of the game.

This was probably one of the most entertaining games of Impetus I have had, although Pete had a terrible night. He invested heavilly in shooting and it failed to pay of for him. Having multiple commands makes the game turn much more interesting, and the whole mechanic actually makes sense.  Also the larger size of the game means that you are less likely to lose the whole game as a result of a couple of bad cohesion tests.


I have also realised that Impetuous heavy cavalry are very vulnerable and need some kind of support, otherwise they will have a very hard time of it.  Or you could just bring loads of them of course.

I think in the future this will be my preferred way of playing Impetus in future. I am having another bash at this next week, against a barbarian type horde and am looking forward to it.
Posted by Kevtheinx at 15:00