Counters, while I remember.

I am still on a bit of a Dux Britaniarum vibe at the moment and have been re-reading the rules to make sure we did everything correctly etc etc.

I will probably set up a campaign page on this blog somewhere (if I can work out how, being a bit of a technophobe), and counters for activation are definitely the way to go rather than cards.  It is pretty difficult to shuffle 8 cards with any real success, which causes problems in game.

After I had decided that I had a quick look at Warbases, the go-to place for all things custom in bases and tokens. After a bit of thought I ordered a full set of custom acrylic tokens, basically copying everything that is in the activation deck that the Too Fat Lardies sell.

When they came they looked pretty good (I think I even managed to avoid any typos), although the text was quite difficult to read.  I remedied this using one of the kids crayons, rubbed on to the token and then the excess wiped off, leaving some left in the indentation left by the text.  The results are pretty good: 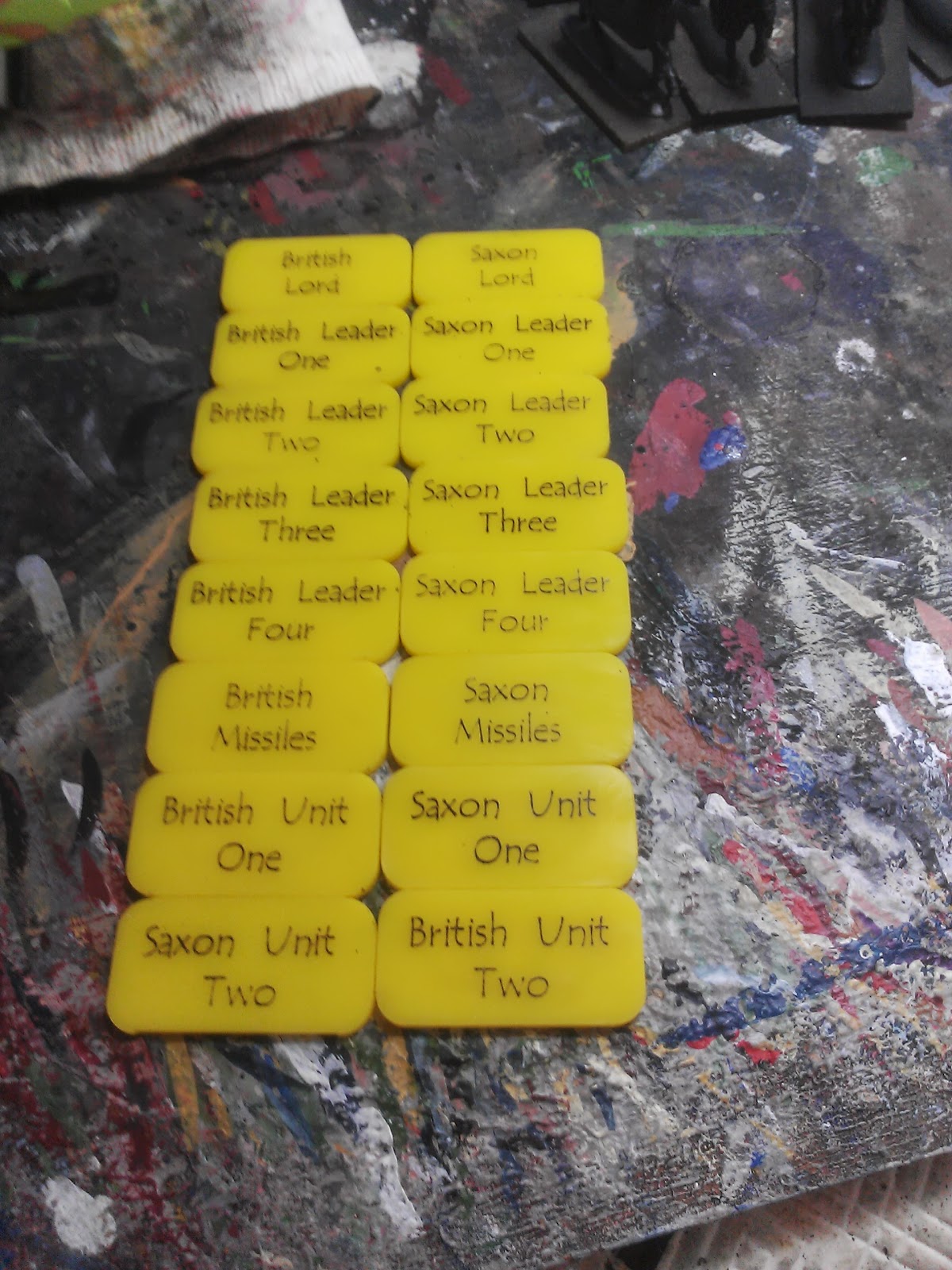 When gaming rather than use cards all the relevant tokens will get put in a mug, or a canvas bag and drawn at random until the turn end, at which point they will be returned to the container for the start of a new turn.

I don't know when I will next be playing Dux B, but I like to have this sort of thing done well in advance, so that I can concentrate on other things in the lead up to the game, as the less faffing around on the night the better.  Plus being a bit of an obsessive type I really needed to get it done and out of my head.  Now I need to resist the temptation to purchase some lovely (but expensive) dark ages terrain from Grand Manner,  plus some livestock.

I ordered three full sets of these counters, so that I would have spares to cover the inevitable losses.

Oldhammer on Monday though so better try and get Dux B out of my head for a bit!
Posted by Kevtheinx at 08:51