Frazer had asked about giving the War of the Ring game a try, and I am always happy to get my Lord of the Rings collection on the table, so we set up a 1500point taster for him.
My main collection concentrates on the Isengard/Rohan part of the books, so I put together a couple of forces.  I tried to include a few options so included cavalry, infantry, a troll, one epic formation on either side and one epic hero on either side.
the Rohan Force looked like this: 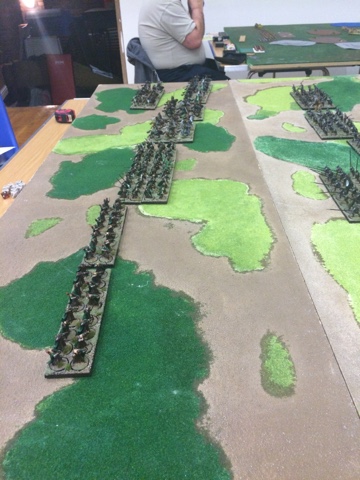 Isengard had the Following: 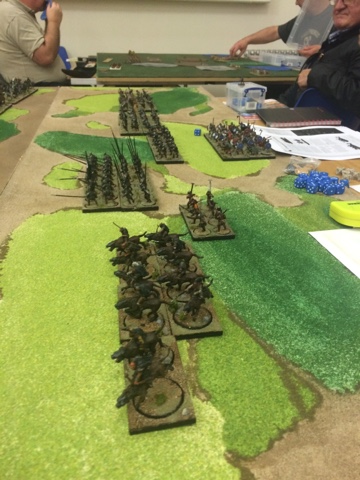 
As we were both a bit late due to the weather and it was just a rules taster we didn't bother with any terrain, so just out the models on the table and had at it.
I opted to put my cavalry on my left,. with eth infantry holding the centre and right.  Frazer deployed fairly evenly across the table, with the Troll on my left, facing my cavalry and his warg riders facing my archers on the opposite flank. 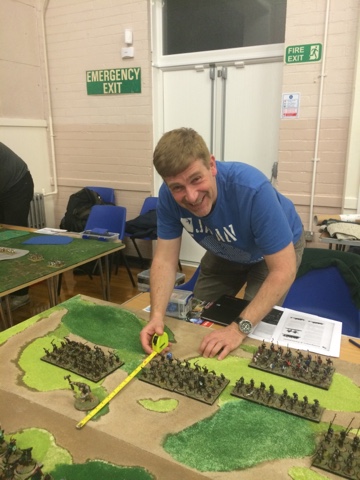 The table was quite cramped so there was not to much in the way of moving about in eth early game. I held back a bit and tried to shoot as many of the Isengard as I could, while Frazer tried to close.  The shooting was quite successful as I managed to slay the Troll in turn 2, while the Uruk crossbowmen started to inflict some hefty casualties. 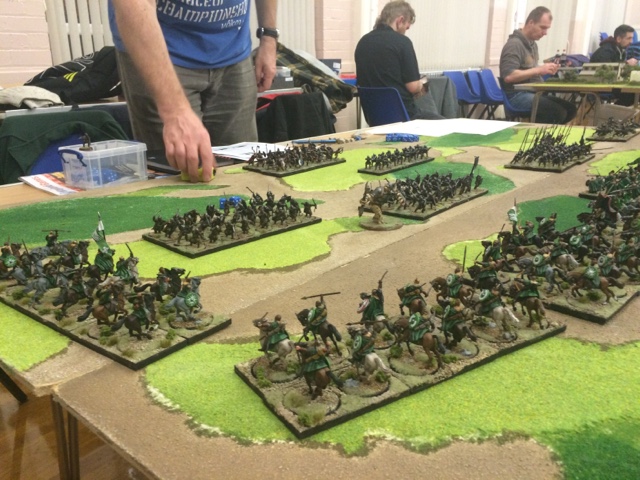 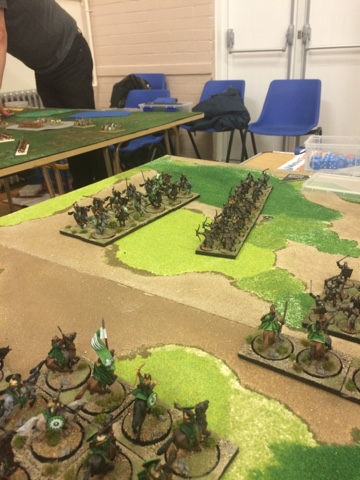 Turn 3 saw the combat joined properly, with the Uruk Hai Phalanx fighting the main Rohan Infantry, the King of Rohan and his guard getting a doffing over by Lurtz and the Uruk Hai Scout getting a bloody nose from one of the Rohan Eoreds. 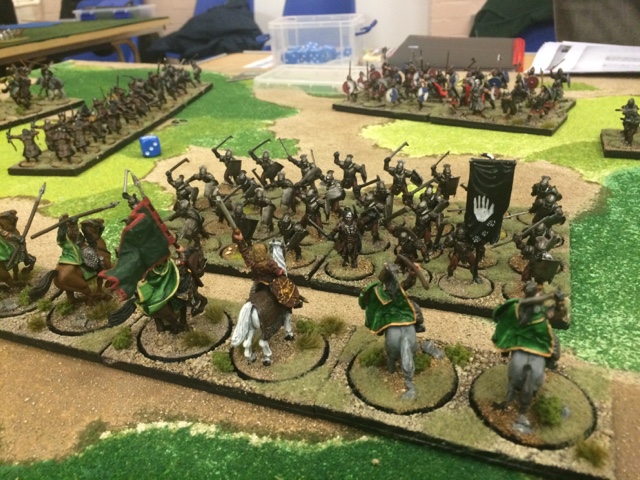 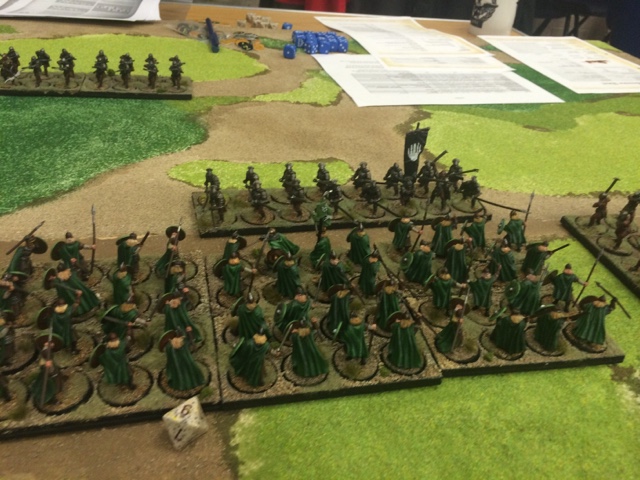 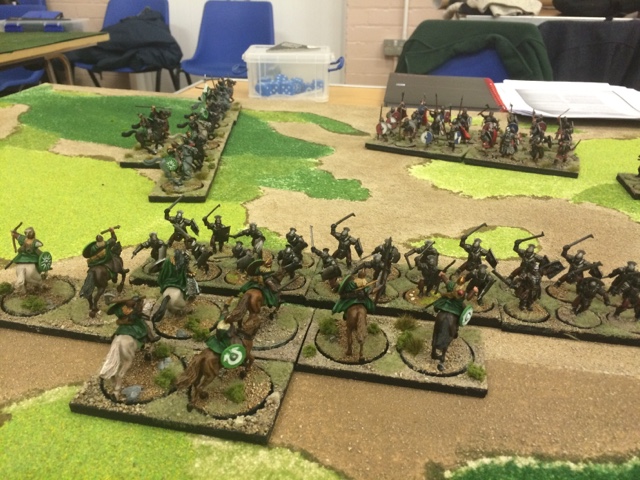 Turn 4 and the berserkers charged the flank of the Rohan infantry, making a big mess in the process but the Infantry managed to finish off the Uruk Hai phalanx facing them.  the Uruk Hai scouts were finished off by one of the Rohan Eoreds. and Erkenbrand's cavalry managed to inflict a few more casualties on Uruk Hai warband led by Lurtz. 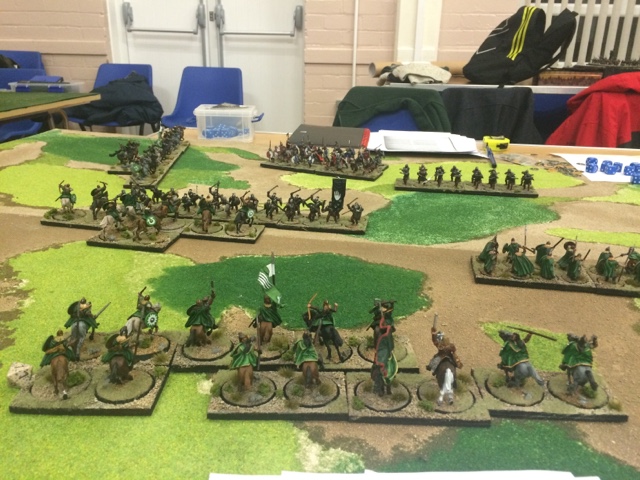 We pretty much called it at that point as it was getting late and Frazer had a pretty good grasp of the rules by then.  All in all good fun and a game that I don't get to play enough of.  I think I will try and get it on the table again quite soon, perhaps do a nice big Isen Fords battle or something...
Posted by Kevtheinx at 05:17

Email ThisBlogThis!Share to TwitterShare to FacebookShare to Pinterest
Labels: Lord of the Rings, War of the Ring