This week we decided to have another go at War of the Rings, although this time it would only be for 1000 points, to make things a bit easier to complete.

I took last weeks 1500point lists and scaled them down a bit, with the Rohan lost looking like this: 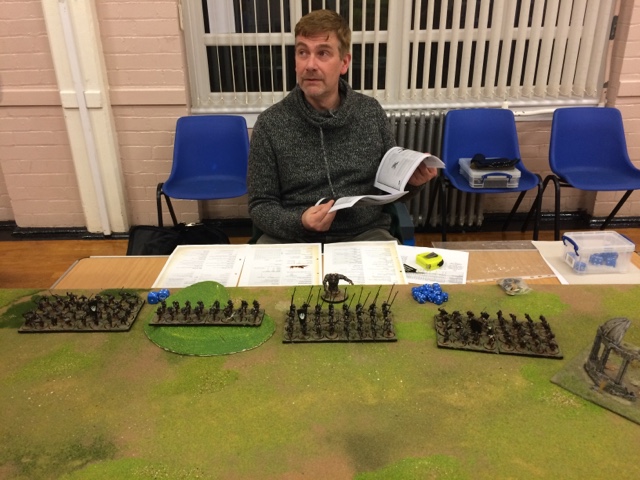 The Isengard ended up with:


This time we used some terrain, as I thought it might be interesting to see if anyone decided to take advantage of it, so we set up a few hills and put some ruins on the Rohan right. In the end we only made use of the hills to gain good positions for our archers and ignored the ruins, effectively shortening the table to 5 feet.


Early game started with the Eoreds on the left flank electing to stay back out of crossbow range, while the King of Rohan led the Rohan Knights forward on the right flank. The Uruk-Hai cautiously advanced, trying to close the gap.  The shooting from Rohan was very effective, with much better than average success. The Rohan were trying to get rid of the Uruk crossbows as they were likely to make a mess of the Rohan cavalry.  The King of Rohan managed one charge inot the Uruk HAi scouts, causing lots of casualties before withdrawing away out of charge range of the troll, who was lurking on the flanks. Unfortunately this let the Scouts spend a couple of turns shooting at them, witling them down to a couple of stands. 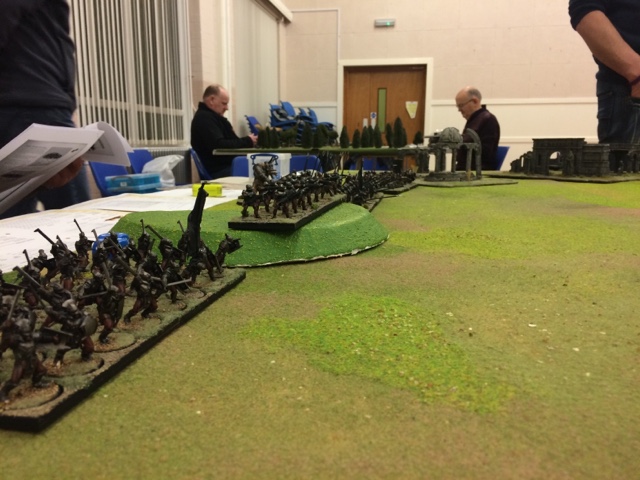 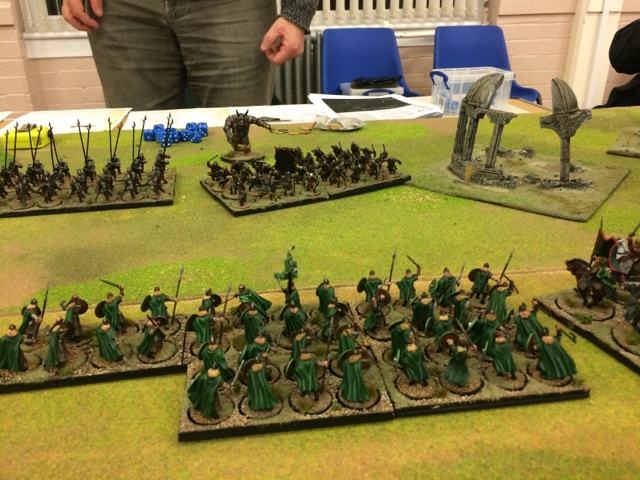 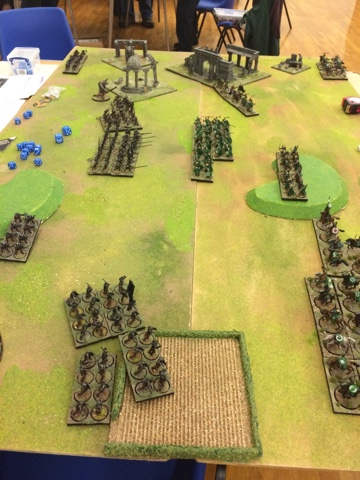 Mid game saw the Uruk crossbows finally eliminated, but not before they had made a mess of Erkenbrand's riders.  The main combat finally took place in the centre of the field, with the Uruk Hai pikemen and Scouts charging the large group of Infantry in the centre, with Théoden and his Royal Knights piling in for good measure.  This time I managed to remember to use Theodesn Epic Charge, and the knights inflicted massive casualties on the scouts, before the infantry finished them and the phalanx off, but not before taking massive casualties themselves. 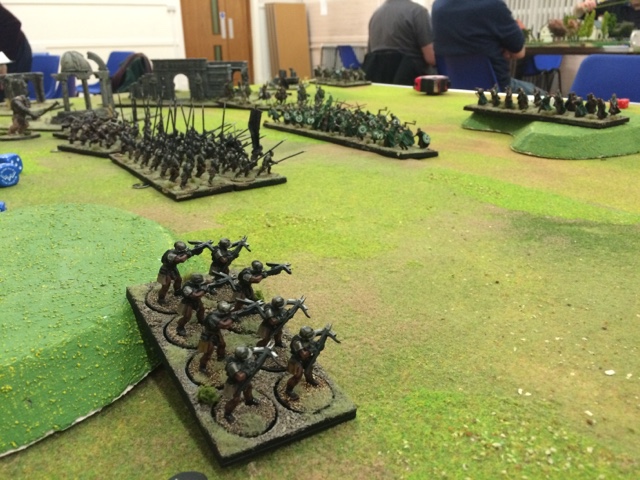 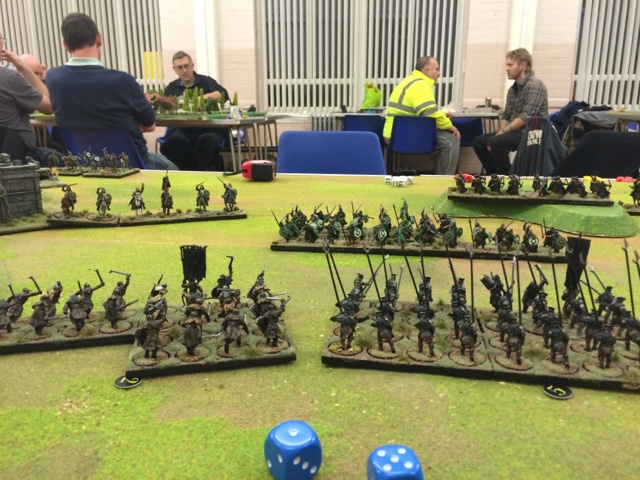 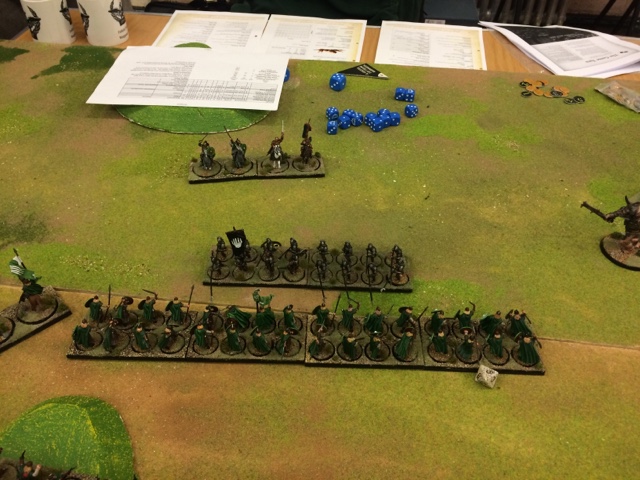 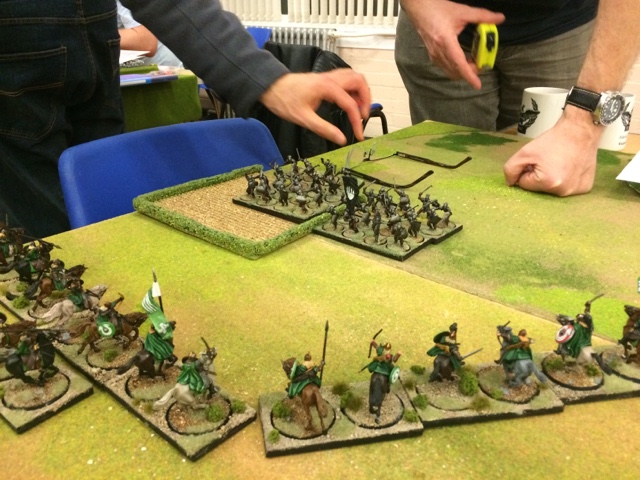 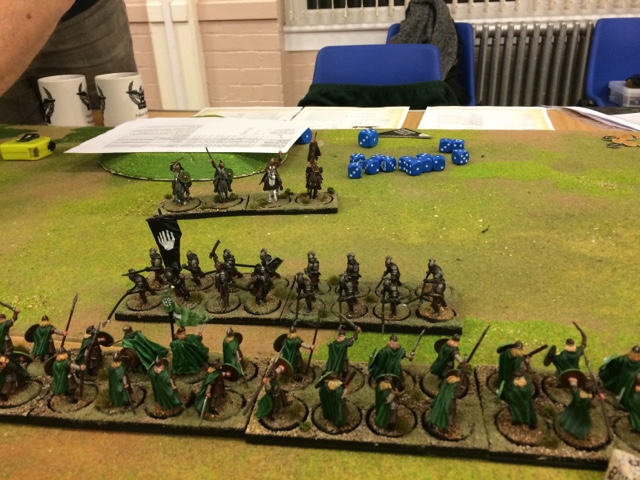 On the Rohan left flank the cavalry were now working on outflanking the remaining Uruk Formation, and with only that and the troll left we decided to call it a night.

A bad night for Isengard, with missile fire playing a big part in their defeat.  It is starting to look like the most effective unit in the Rohan force are the Infantry, which is odd considering that the cavalry are supposedly their main strength.

Its still great to get the Lord of the Rings stuff on the table, but I still think the game needs a big table to play on as the formations can be quite large. Perhaps I need to revisit my Impetus conversion and see if I can make that work?  As always, it depends on finding the time to do it.
Posted by Kevtheinx at 00:58

Email ThisBlogThis!Share to TwitterShare to FacebookShare to Pinterest
Labels: Lord of the Rings, LOTR SBG, War of the Ring