This Monday's game was to be Impetus against Frazer, who is quite a good tournament player. I brought my Patrician Romans and he brought along some Celtic warband types.  The size of the game was 300 points and my army consisted of:


Arrayed against me was a long line of Large warbands, all looking big and scary, along with some chariots on their left and some medium cavalry on their right.


As both armies were made up of heavy infantry this was looking like it was going to be a brutal affair, with not much in the way of fancy manoeuvring going on, especially as most of Frazer's army was Impetuous and a good chunk of mine also.

I managed to get the advantage on my left flank with a handy double move to catch the medium cavalry by surprise and managed to win that combat.  In the centre the two lines of heavy infantry advanced towards each other with an exchange of fire between the Celtic skirmishers and Roman supporting archers.

There was an initial tussle between two units of Frazer's warband when they charged out of a wood and into one of my large units if Saxon infantry. Luckily my Saxons managed to emerge victorious, with only light casualties.

On my right the heavy cavalry finally managed to contact the enemy chariots and due to some poor luck on my part the combat was a draw.  My other large unit of Saxon heavy infantry attacked the far end of the barbarian line of heavy infantry and actually managed to emerge victorious, putting me at a distinct advantage for the coming fight in the centre.

In the final turn of the game Frazer's line of warband charged into my line of Roman infantry. I looked at the amount of dice that Frazer and expected the worst. In a streak of jaminess I passed every cohesion test, completely blunting the warbands assault.  While this happened my heavy cavalry of the right flank finished of the three bases of chariots, which broke the barbarian army, sealing victory for the Romans! 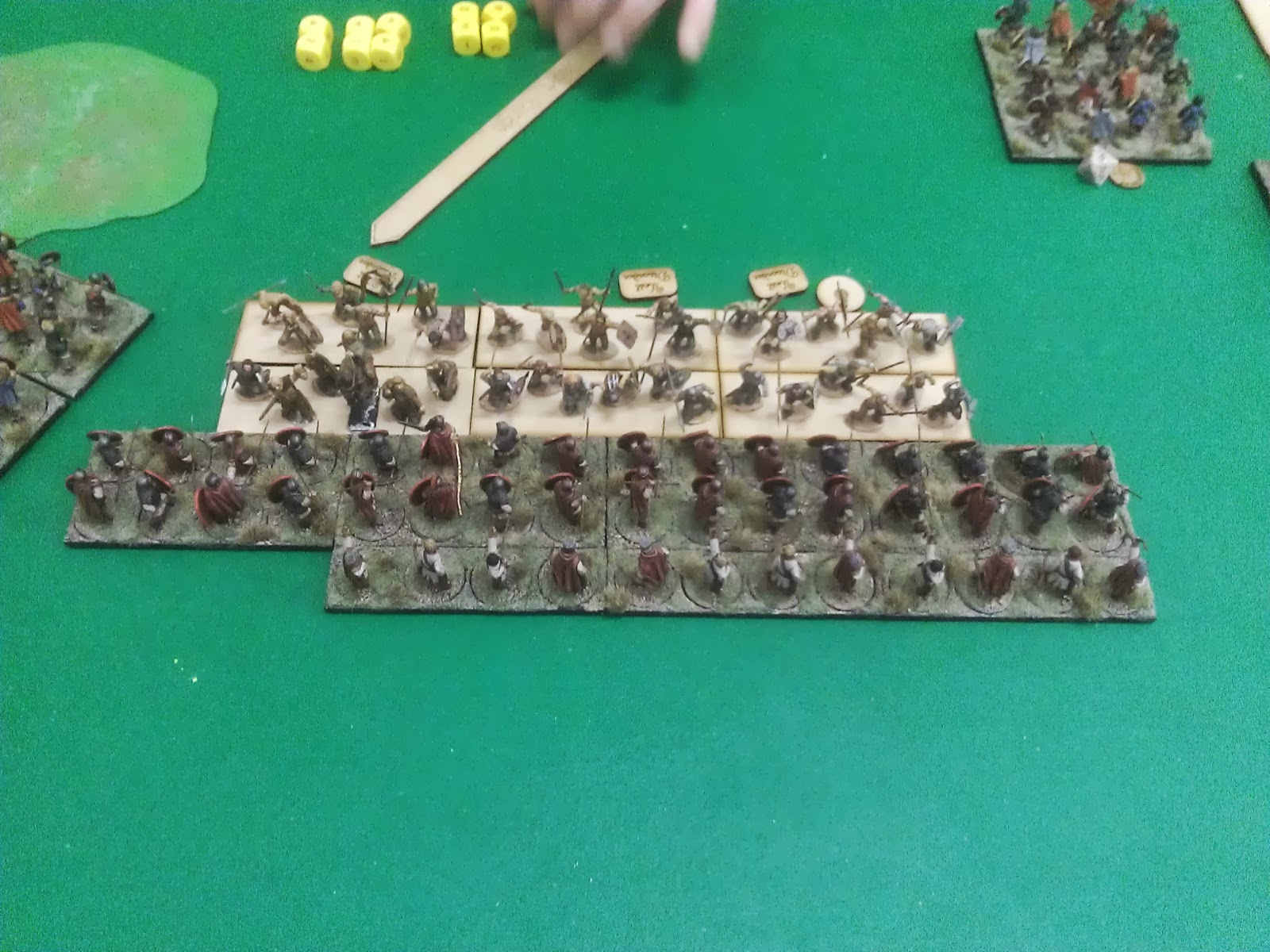 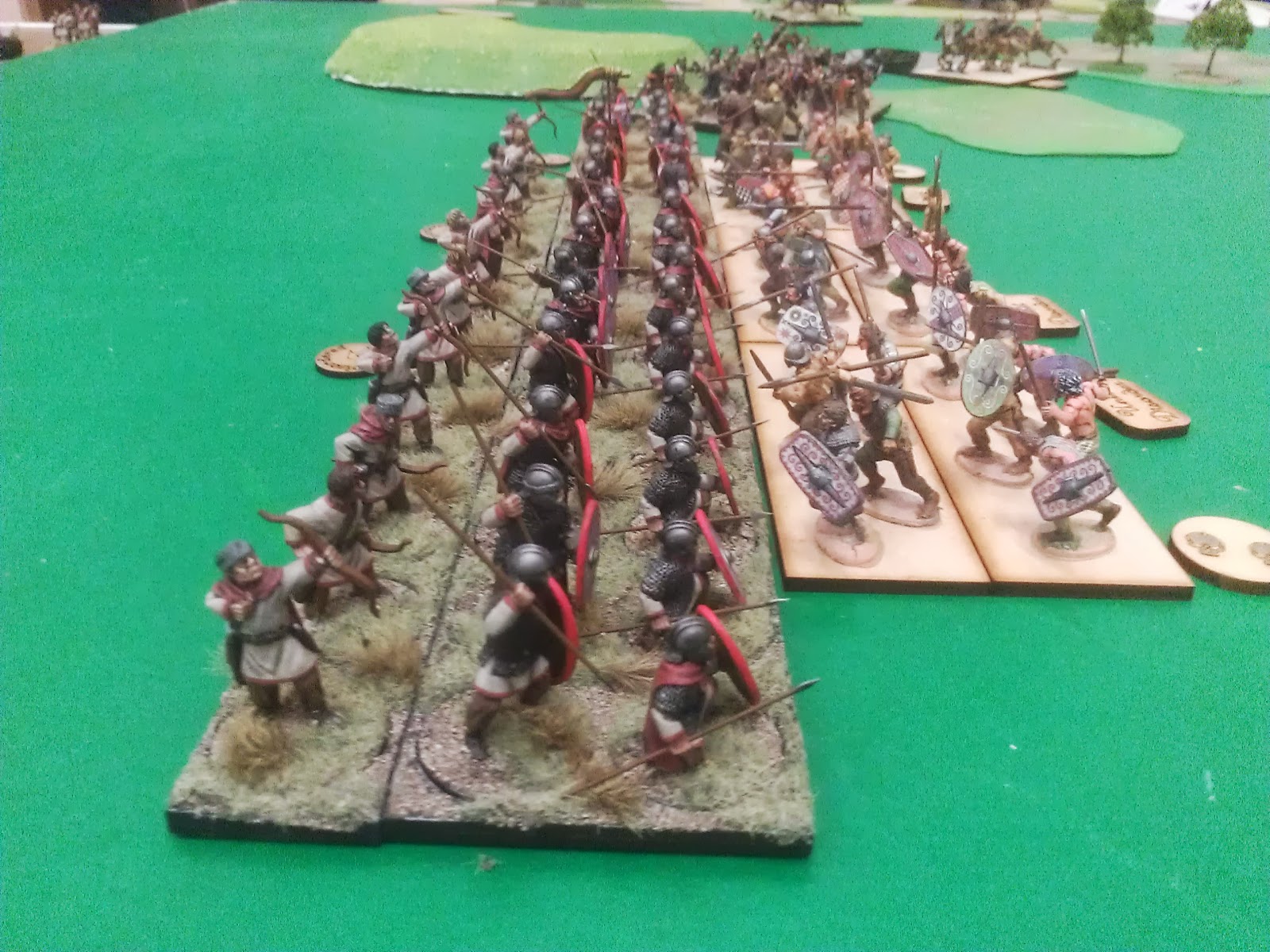 I would like to say that it was all down to skill but I was a jammy git the whole night, with a large amount of passed cohesion tests in the final turn being the icing on the cake.  It was a very straightforward game, with two line of heavy infantry advancing towards each other and then lots of dice rolling on both sides, which makes for an enjoyable game. There was very little operating at the edge of the rules as well, as that can make for a very frustrating game.


The club was once again very busy and we were full to capacity, with a very wide variety of games.
Next week I am playing Full Thrust! I have not looked at the book in a few years and will need to have a wee look at my fleets and see what sort of state they are in.