The Force is Strong With this One!

I have been eyeing up the Star Wars X-Wing game from Fantasy Flight Games (FFG) for a while, but never actually taken the plunge, mostly due to forking out for other things like new boilers for the house and a new roadbike.  The game has appealed to me for some time though, for a couple of reasons:


It turns out that Ian had already got the basic set and suggested a few weeks ago that we try it out, which I was very keen to do.

We just used the basic set of 2 Tie fighters vs Luke Skywalker in his X-Wing and managed to get 2 games in pretty quickly  and still be finished for just after 9pm. A pretty good result.

The game itself plays very well and we had a pretty good grasp of the rules by game two, which took twice as long to play as the first due to us making more use of movement and trying to get into good positions.


I will probably invest in a basic set and a couple of extra ships at some point.  I have a real soft spot for the Y-Wing and B-Wing, but it will probably wait until after my summer hols at the end of June. One thing I did notice when I went and visited the FFG forums to have a nose around most of the discussion seemed to be around how to build the most efficient build and promoting tournaments. I think this is a bit sad, to turn a great setting into an attempt to squeeze as much efficiency out of your list.

I also forgot my phone so no pictures, not that there was much to take a picture of.  So instead there are a few pictures of a flying Nazgul. This is the first of two that I bought in the Wayland Games sale just before Christmas. 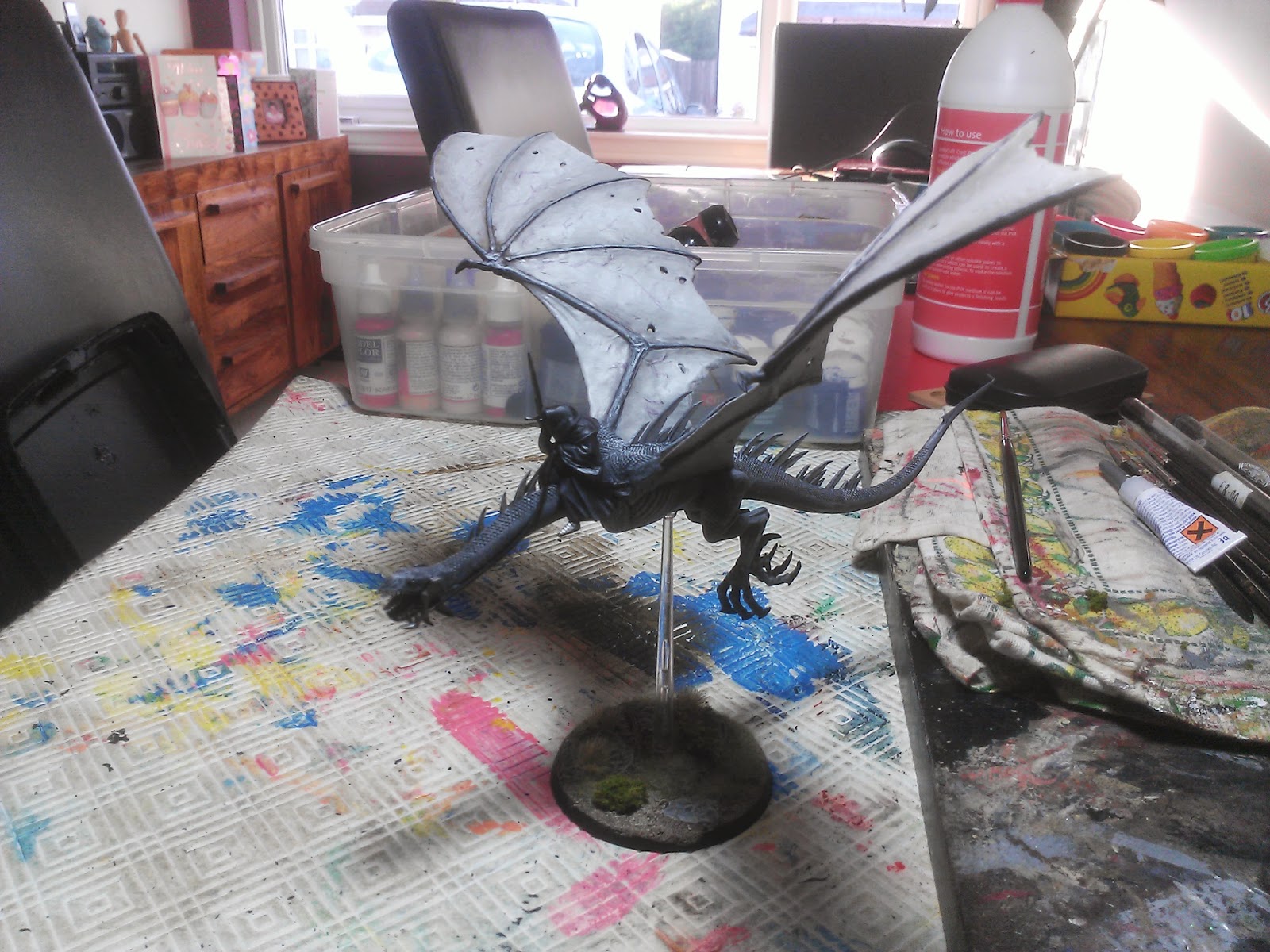 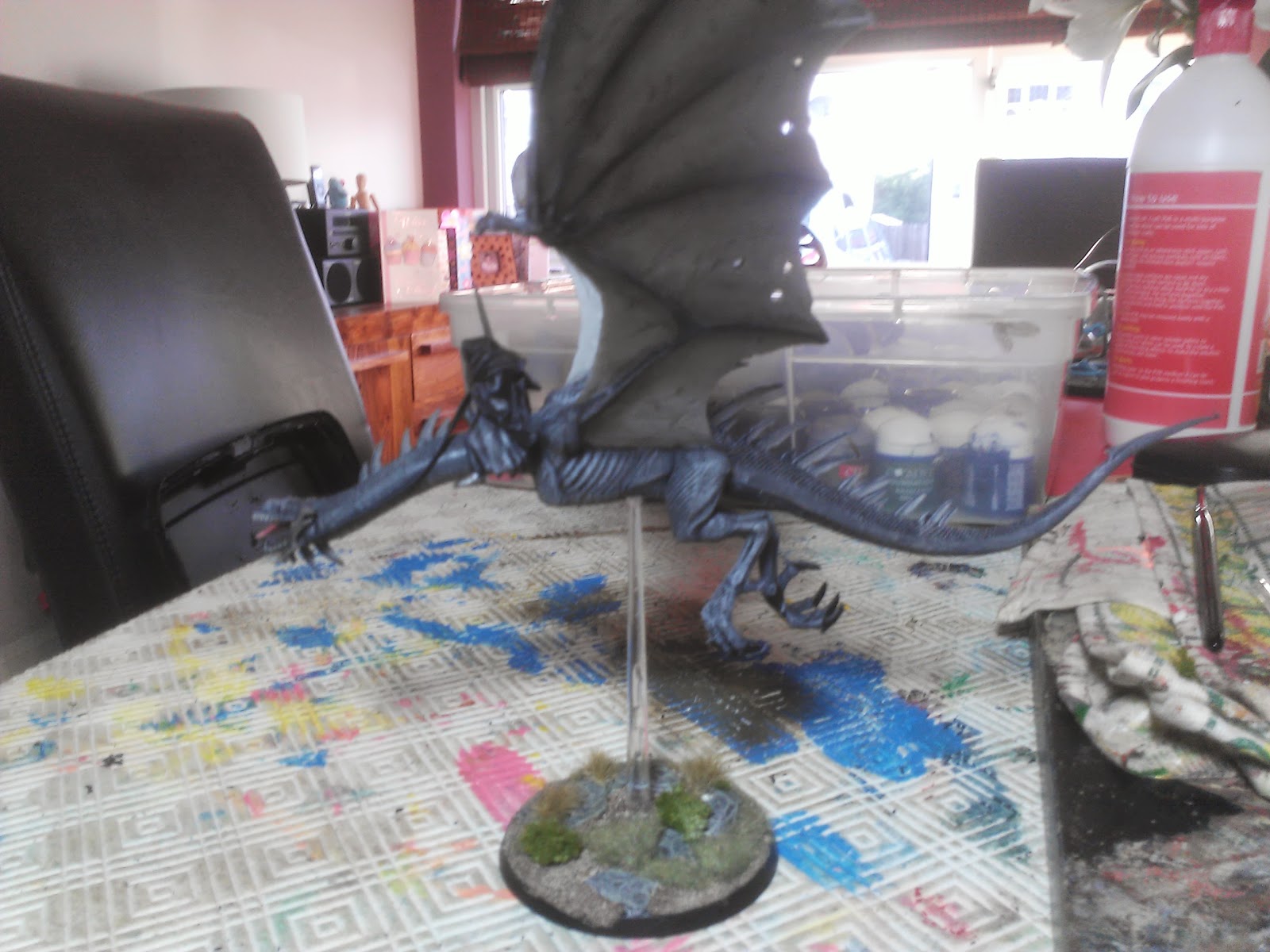 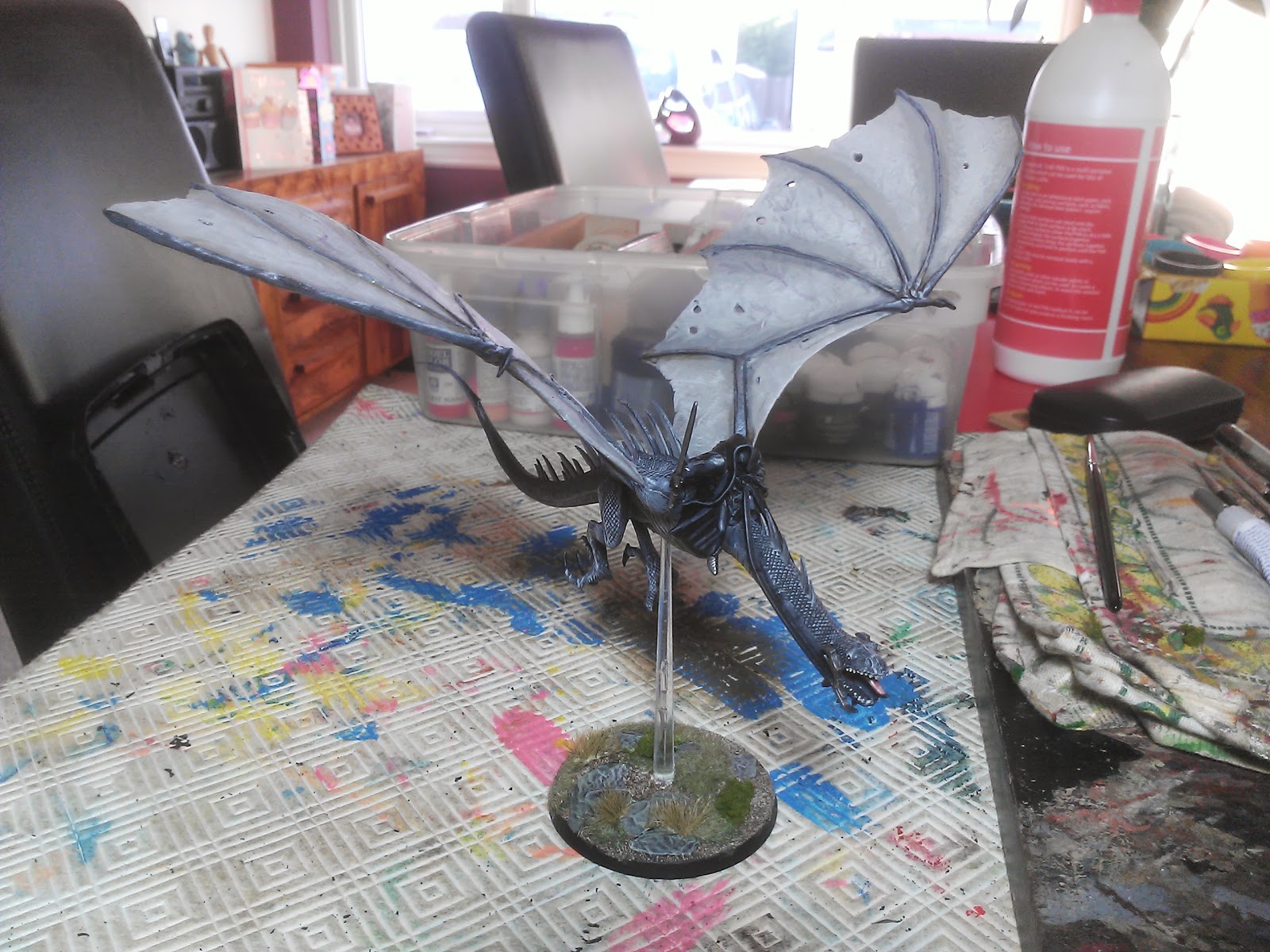 Apologies for the terrible quality of the pictures, but they were taken with my phone and I also have virtually no understanding of photography.  The other thing I have to work on is my spelling, as some of my previous posts have had atrocious spelling!