Field of Glory...or perhaps not.

My game on Monday night was a six player games of Field of Glory Renaissance (FOGR).

The game was 1500 points which I was led to believe was at the upper limit of what teh army lists were allowing.  It was a French vs German bash, 30 Years War.

I have played a little bit of FOGR in the past and quite enjoyed it. The rules are quite intuitive and make a cerrtain amount of sense, although they can be a little bit slow.

I opted to join teh French side, and ended up commanding several large formations of Pike and Shotte in teh centre, while to my right was a very large amount of cavaley, and on my left was more inaftry and a few cavalry units. The French deployment on the other side of teh table pretty much mirrorred our own, as the cavalry all faced off aganist each other on one flank, leaving the infantry to duke it out on the rest of the battlfefield.

As it it turned out I was a victim of the size of the game and the fact that I had a purely infantry segment on the army.  On my righ the cavalry advanvde quickly and there was soon an almighty cavalry battle going on while the infantry tried to close with each other.

Due to the cavalry getting stuck in so quickly and the sheer volume of them in this very large game the turns slowed down to a crawl, as it took a long time for all the cavalry fights to be resolved. This meant that I did not actually manage to get anywhere near my opponent on the other side of the table and my troops never saw combat beyond one exchange of fire just before we had to stop for the night. So a lot of time watching other people roll dice, while moving my own troops toward a distant enemy.

It was amusing to watch John basically win every fight on the night, with him always seeming to be able to roll the required number of hits to win every fight, regardless of how well his opponents rolled.  The downside of this was that his opponents were pretty dismayed by the end of the night.

My oponion of FOGR has not really changed, it just needs to be played at a points match suitable for a Monday night game, probably about 650 points.  My first foray into painting 15mm is an ongoing Byzantine Army for FOGA, but this will probably take a while to get painted. 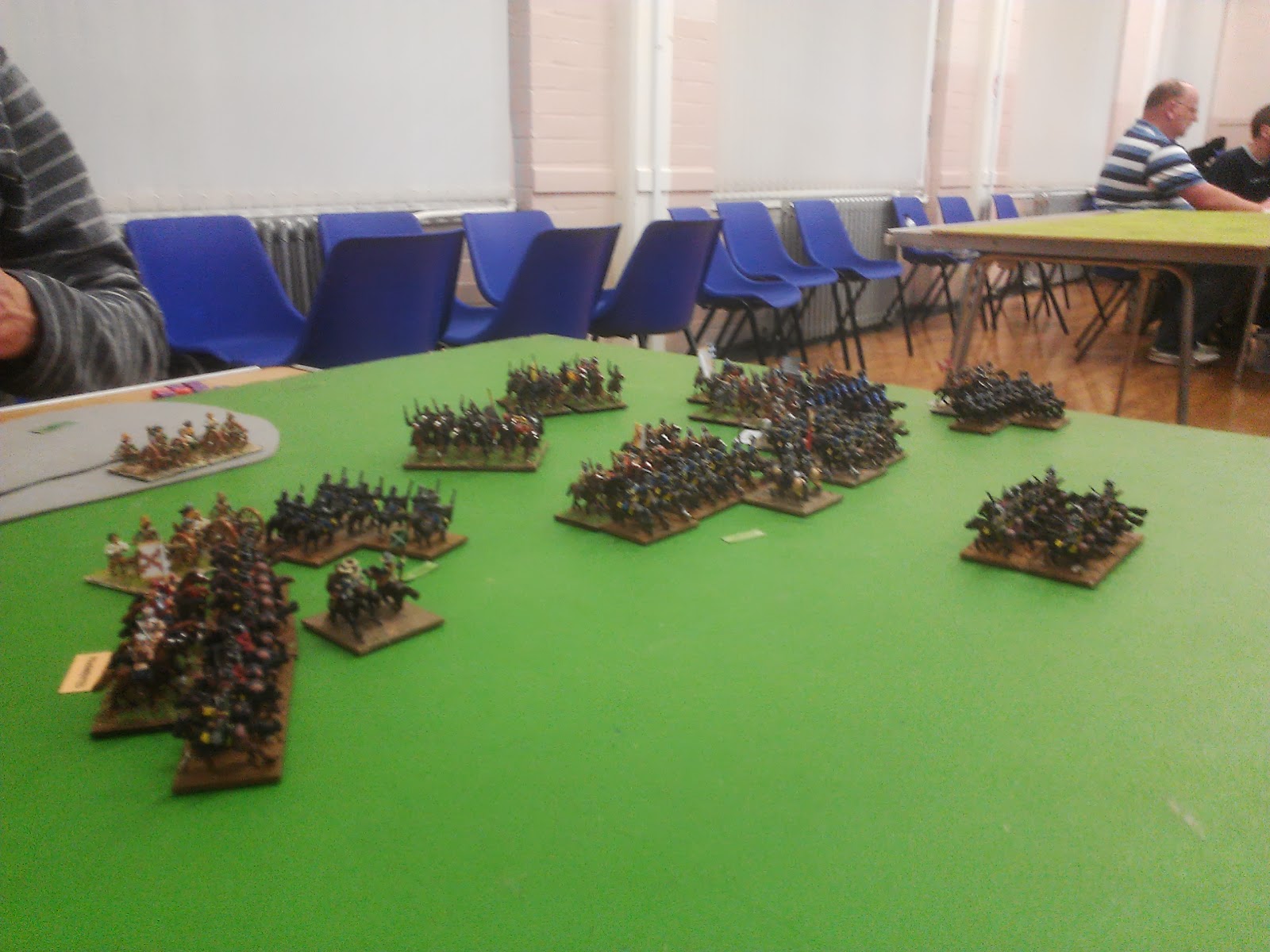 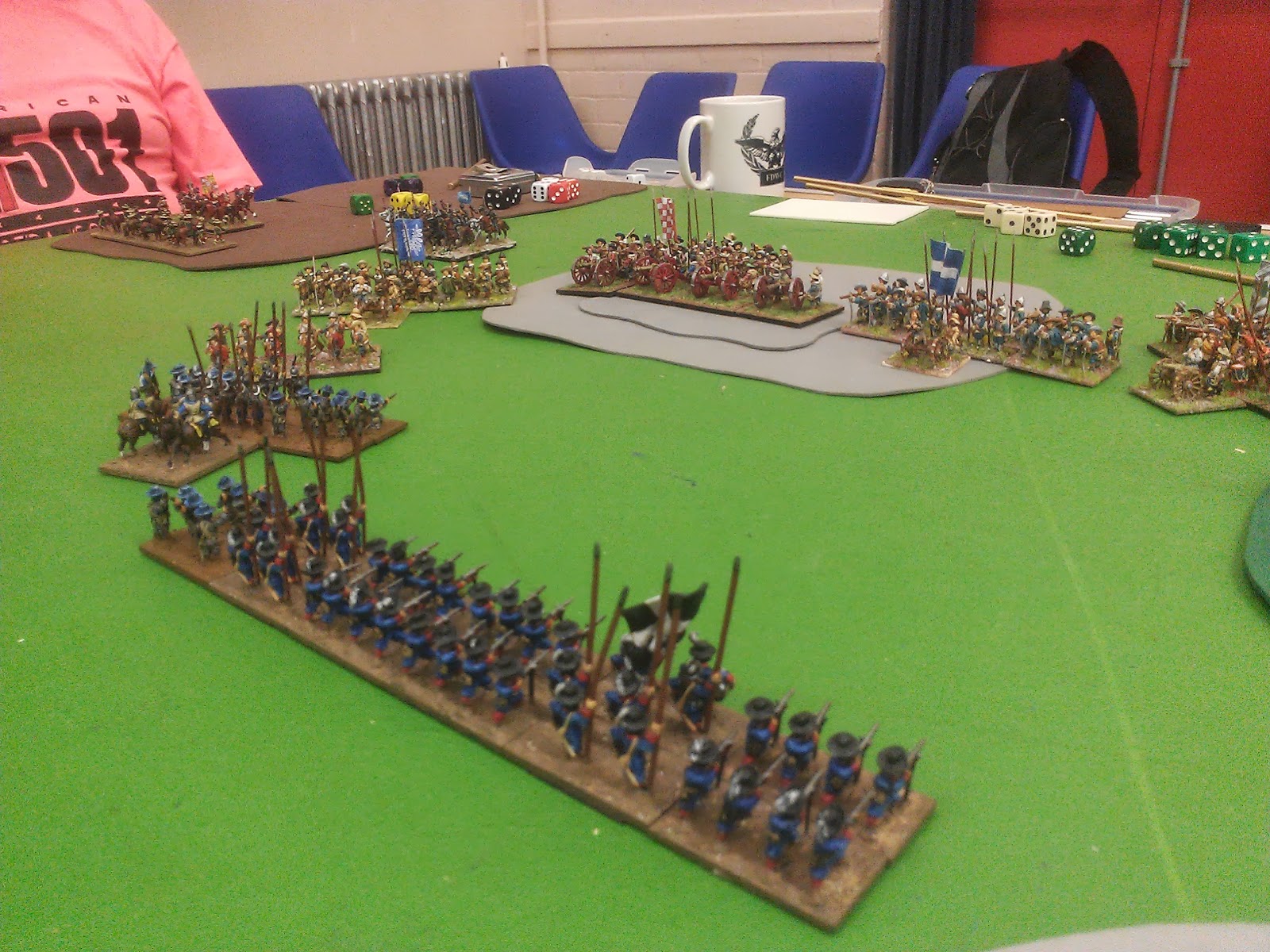 Email ThisBlogThis!Share to TwitterShare to FacebookShare to Pinterest
Labels: Field of Glory