Land of the Rising Sun


For this week’s game we made a trip to medieval Japan.  John has been running a series of linked games of Daisho at the club, slowly building up a narrative.

This week we had four players:

Me taking the role of the local patrol 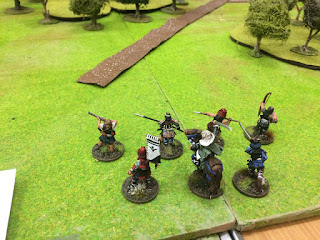 Ken with his Mercenary Ronin 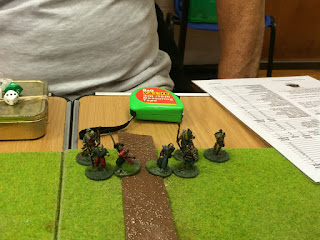 Douglas with his peasant rebellion 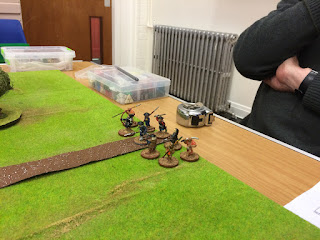 Greg with his Monks. 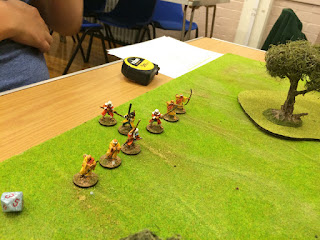 We each had our own objective for the game, which the other players did not know about.
The game was set around a sacred grove, which was looked after by a priest.  My objective was to acquire a Sashimono (flag) that was a symbol of a previous peasant rebellion and bring it back to my Lord. 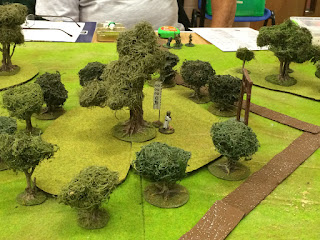 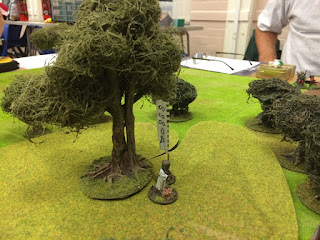 My band was quite small but well equipped, even including a Horse and my leader was pretty tough.

Early game saw a lot of people making for the centre of the board, with my forces closing as quickly as possible.  There were a few pot shots taken at each other from the other players but they were mostly ineffectual. 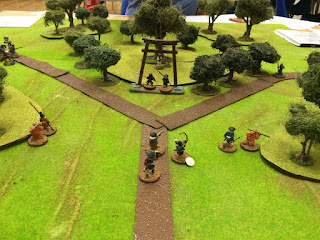 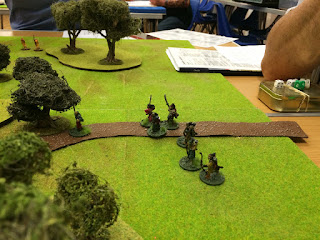 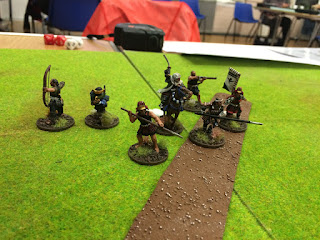 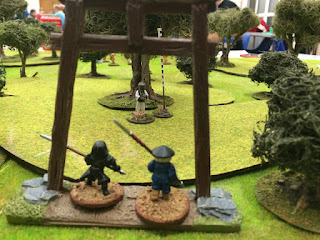 Turn 2 and I decided to be decisive and my Leader on his horse decided to rush into the sacred glade and try and grab the Sashimono, with the rest of my band following up as quickly as they could, while keeping an eye on the monks to my left.   As it turns out the priest guarding the place was some kind of monster so I ended up having to fight him. 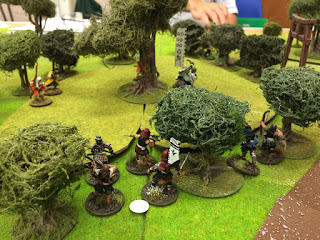 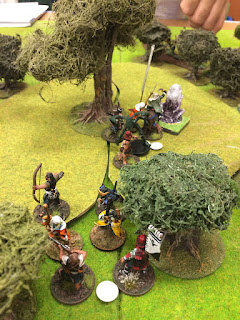 On the other side of the board the Ronin and the Peasants were starting to come to blows as well, leaving me to fight it out with the guardians while trying to distract the monks.

Turn three got even worse as, angered by the violence in the Sacred Glade a guardian spirit descended on my hapless leader, as well as two peasants, leaving him heavily outnumbered.  He rose to the challenge though, and started to take down his opponents while trying to stay alive.

The Ronin had by this time fully engaged the Peasants and a large fight had kicked off. This resulted in the leader of the peasants being taken out of action. As it turns out this is what the Ronin were here to do and having succeeded in their mission they started to remove themselves from the field. 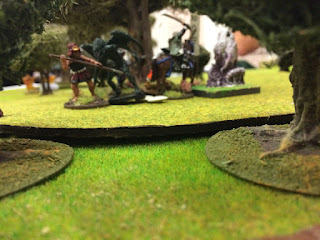 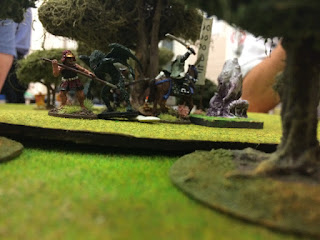 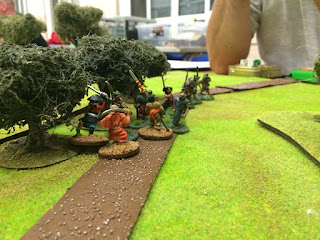 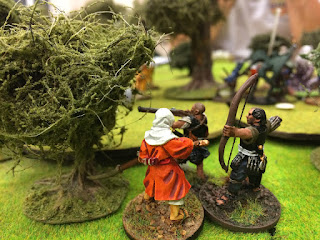 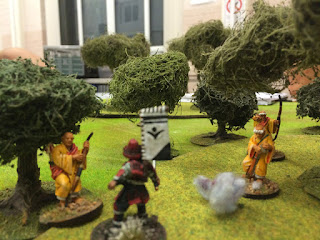 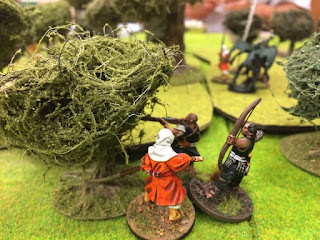 Inside the shrine things were getting pretty desperate. My band of soldiers managed to see of a couple of monks, but with my main fighter up to his eyeballs in enemies it was a losing battle.  In as stroke of luck the mighty leader struck down both eth Priest and the Guardian Spirit, proving the he was worthy and carrying the Sashimono, if only he could live long enough to extricate himself from the angry mob that was attacking him!  Alas it was not to be and eventually he was struck from behind by one of the sneaky underhand monks.  Karma is great though as the monk was promptly taken out of the game by a member of the peasant rebellion (another monk as it turns out!), who promptly legged it from the field with the prized flag and symbol of rebellion! 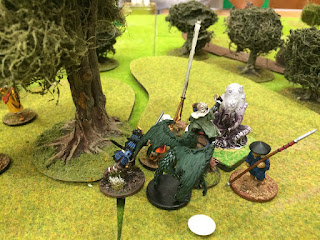 A great evenings gaming with everyone trying to achieve their missions.  I felt a bit robbed in the end and thought that the Samurai Leader deserved to get away with thanks to his herculean efforts, but alas it was not to be, mainly as he ended up fighting against pretty much everyone else except the Ronin, who left the table pretty quickly after achieving their objective. At one point it was looking not too bad for me to extricate my leader from combat and run off on my horse but I was unlucky and moved last, making it very difficult.  Still great fun though!

This was my first game playing Daisho, which is based on the In Her Majesties Name rules and I quite enjoyed them.  The main changed that John made were to the activation sequence. Normally you would roll for initiative in a two player game but as there were four players we were drawing random chits each phase to see who got to go first which worked quite well although it made the initiative bonus for having the Leadership skill redundant.  It was still a good evenings gaming and I would really like to have another go sometimes, if for no other reason but to even the score against those monks and peasants!

Email ThisBlogThis!Share to TwitterShare to FacebookShare to Pinterest
Labels: Daisho