We opened our Dux B campaign this month, slightly late but such is life.
My Kingdom of Alt Clut was subjected to a raid by an ambitious Saxon warlord from North Rheged.
We rolled for random scenario and got a Village Raid, with both of our forces having the maximum force morale ratings.  The village ended up being positioned in the middle of the table, and the Saxons managed four moves before the Britons reacted. This pretty much put them at the village just as the rather lazy Brits arrived on table, in the topmost corner, almost as far away as from the village as it was possible to be.


This was not a great start, but I hoped that it would take the Saxons a wee while to find the loot, giving me a chance to muster my forces and intercept them. Unfortunately the Saxons proved rather adept and had uncovered everything within a couple of turns, and then made a run for home.  My Britons tried to give pursuit but a rather inconvenient wood caused a bit of a bottleneck, delaying my tardy forces even more.
The Saxons made a break for home, while using some of their more experienced warriors to cover their retreat. I closed the distance but never quite managed to close the distance. When it got to the point at which it looked like I would not be able to stop the Saxons exiting the board I put my campaign head on and decided that I did not want to risk a fight for more than likely no benefit.  Andy was likely going to win the game anyway, and risking combat would potentially expose me to making Andy's margin of victory larger, giving him more glory and more gold, not to mention the exposure to my kingdom while I replace the losses.
In the end I decided to the let them go, and saving my resources for another day. This meant that the Saxons gained a Beggars Bowl in loot and with not a single casualty on either side were ready to raid again in April, and my British also incurred no casualties so could field a full force to defend against any attacks in the month of April.   I also decided to spend the money I started the campaign with to promote myself to Prefector, which means that as soon as I get the cash I can start building some defences for my Kingdom, as I think I am going to need them! 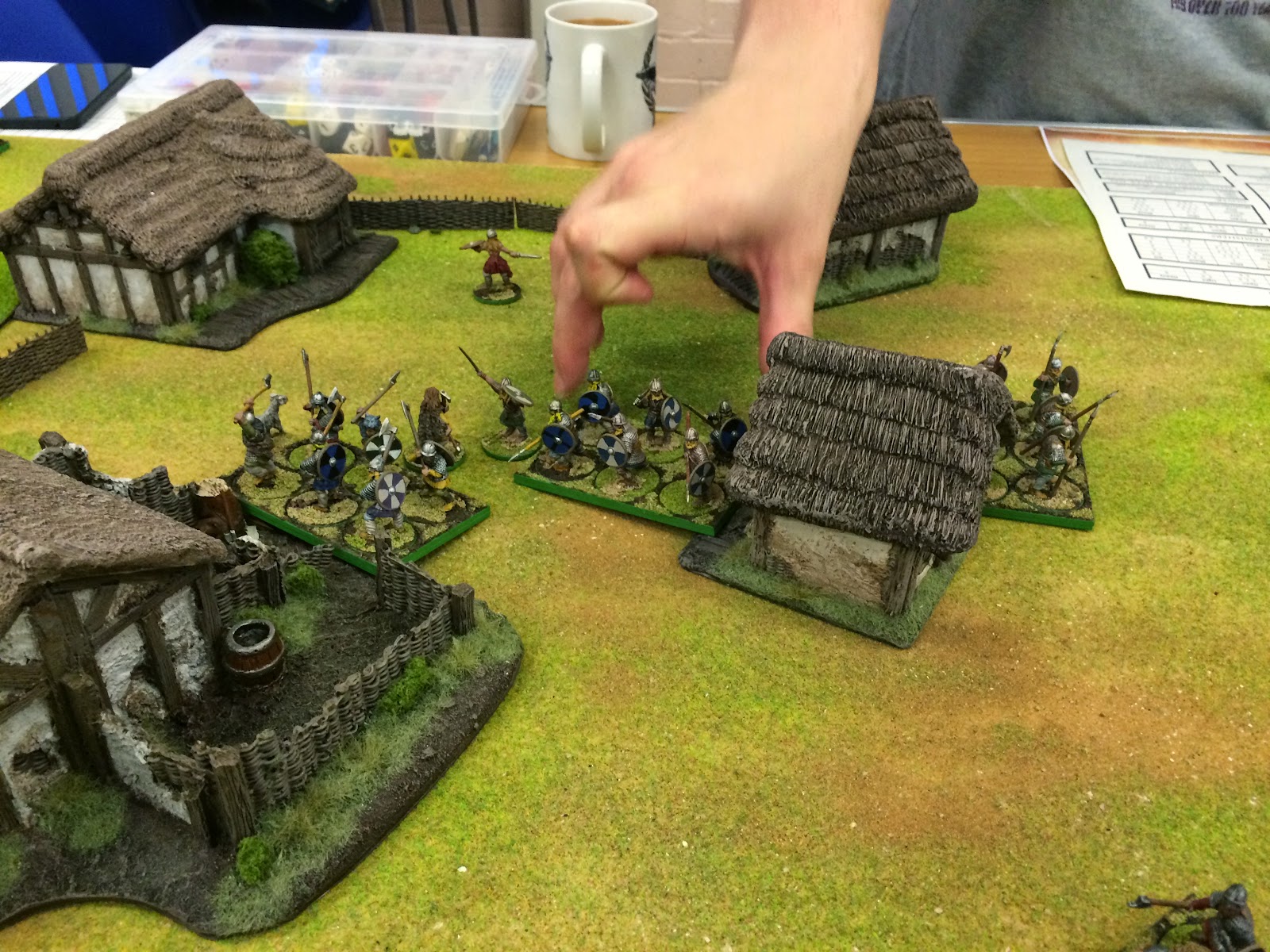 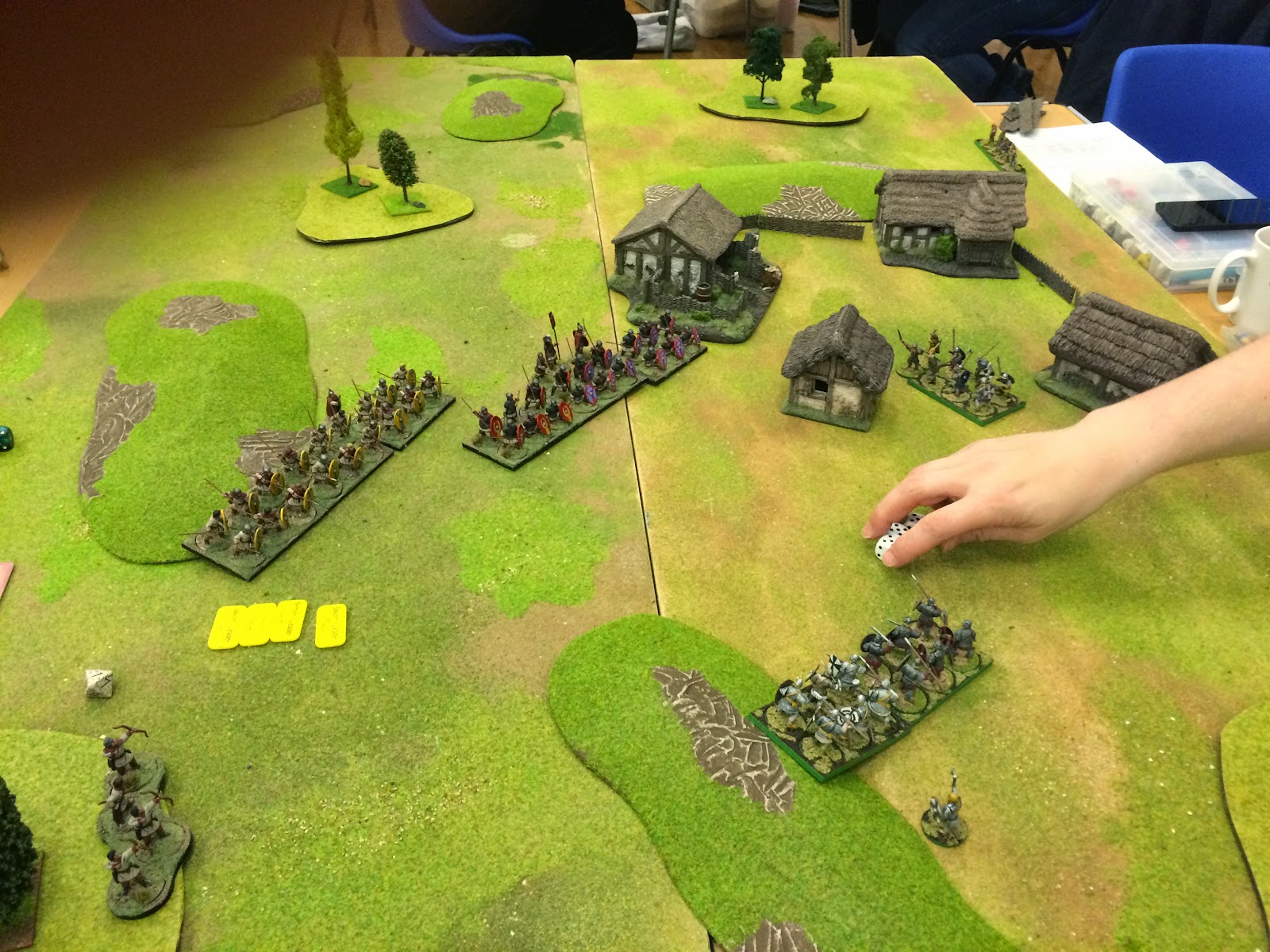