Last week I had asked Rory if he fancied a game and if so what he fancied.  He opted for a game of Urban Mammoth' Urban War rules, which we haven't played for a long time.  Sounded like a good idea to me so I dug all the stuff out of the loft and had a quick re-read of the rules.

My forces consisted of:

The table was fairly crowded: 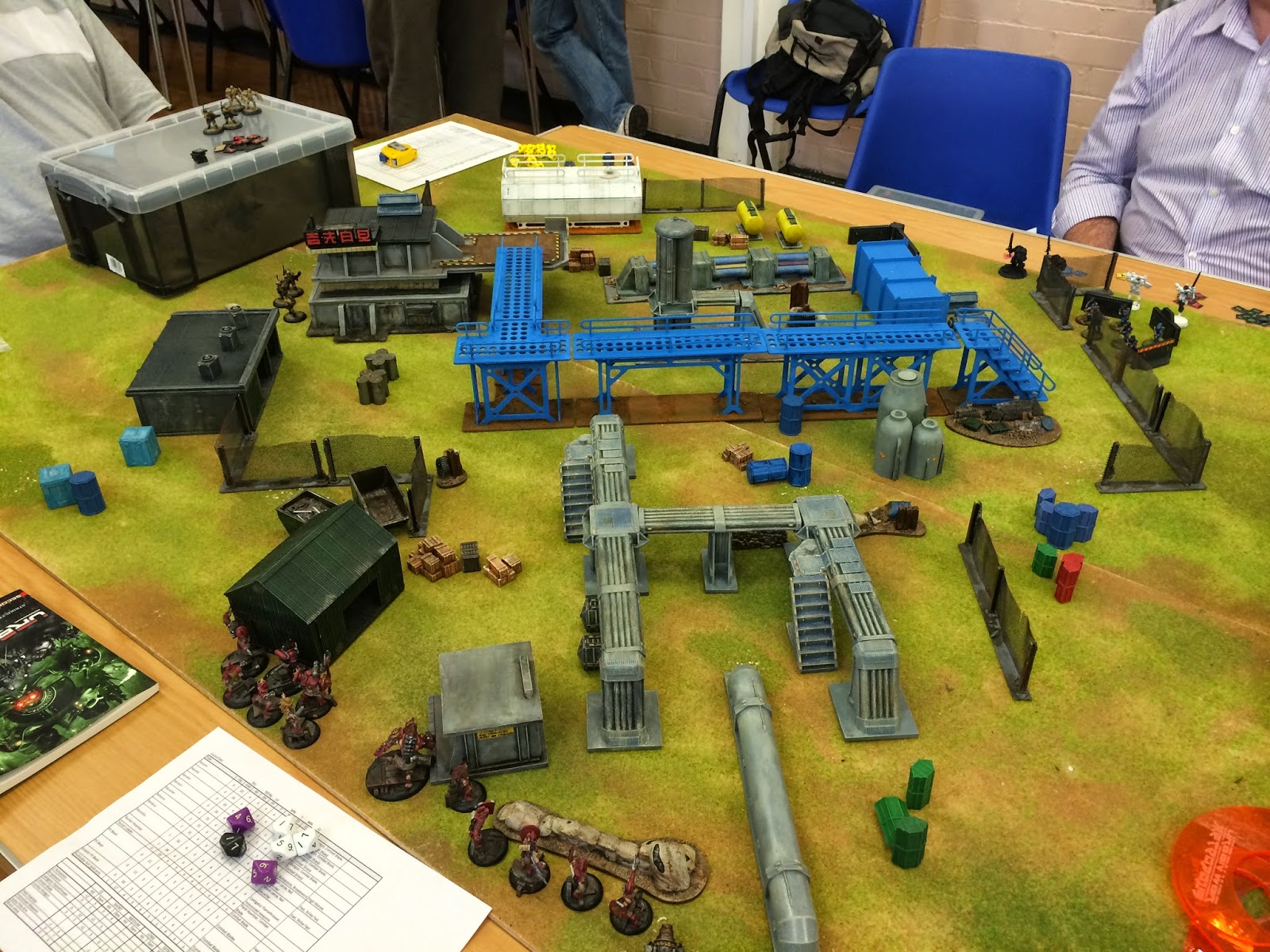 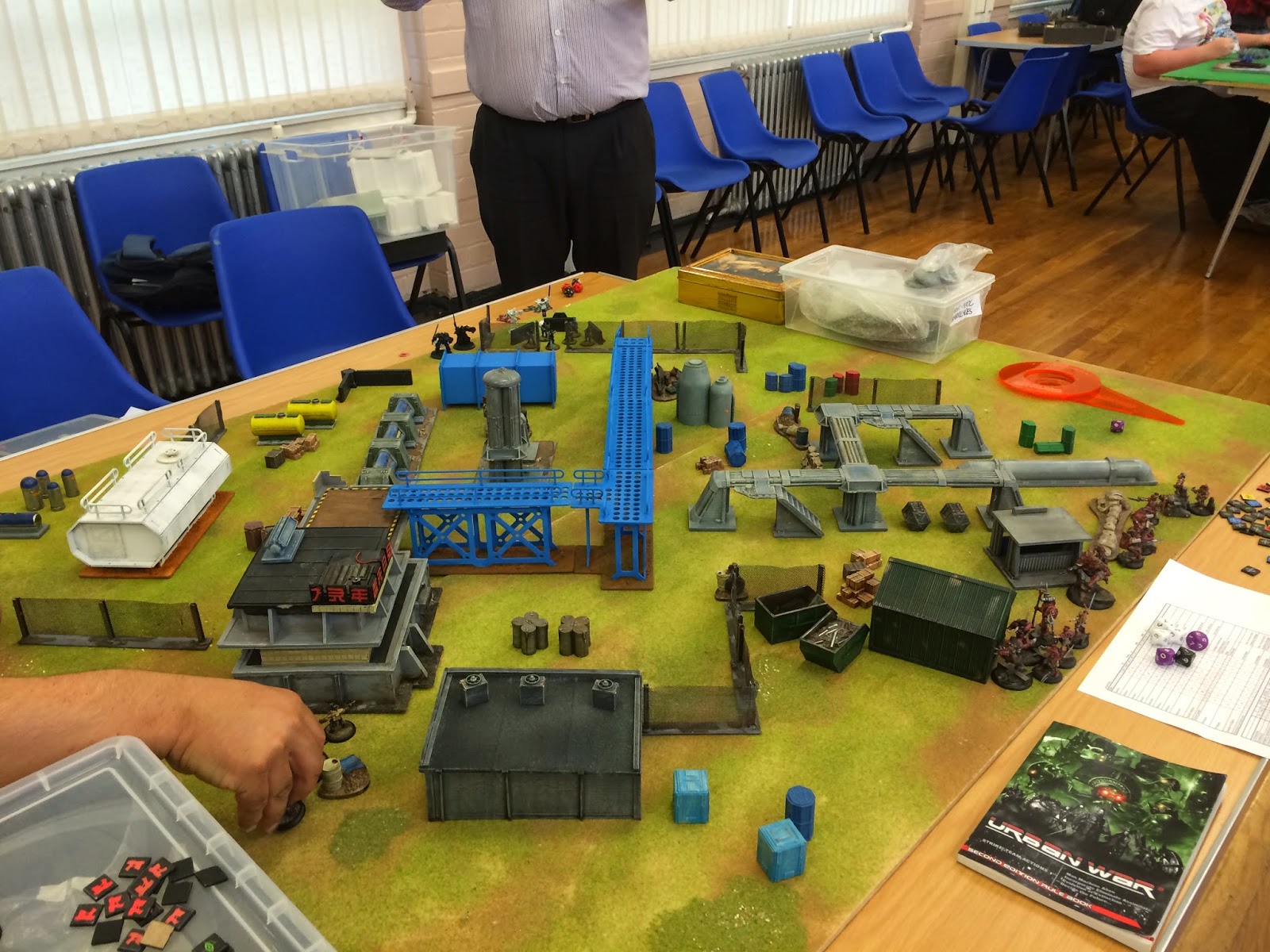 At the start of the game I split my force into two.  One consisting of the close combat specialists, who all headed towards Dave's forces, and the other with all my ranged firepower, which would try and hold Rory's VASA at arms length. My opening gambit was fairly successful with the Howitzer inflicting some early casualties on the VASA, and my close combat troops closing with Dave's Viridians.  Dave spent the first few turns trying to extricate his troops from his slightly awkward deployment, while Rory advanced towards my ranged contingent.

Mid game and things started to hot up.  The VASA troops moved up into firefight range of my Gladiators, while one of Rory's Archangels managed to take out Dave's sniper, just as he managed to get himself into a commanding firing position. I survived a round of firing from the Viridian Vanguard before my close combat troops got stuck in, but my close combat specialists did not manage to make much of an impact and casualties started to rise rapidly.  The VASA were quickly coming into range and I was started to get the worse end of the firefight with them as well. 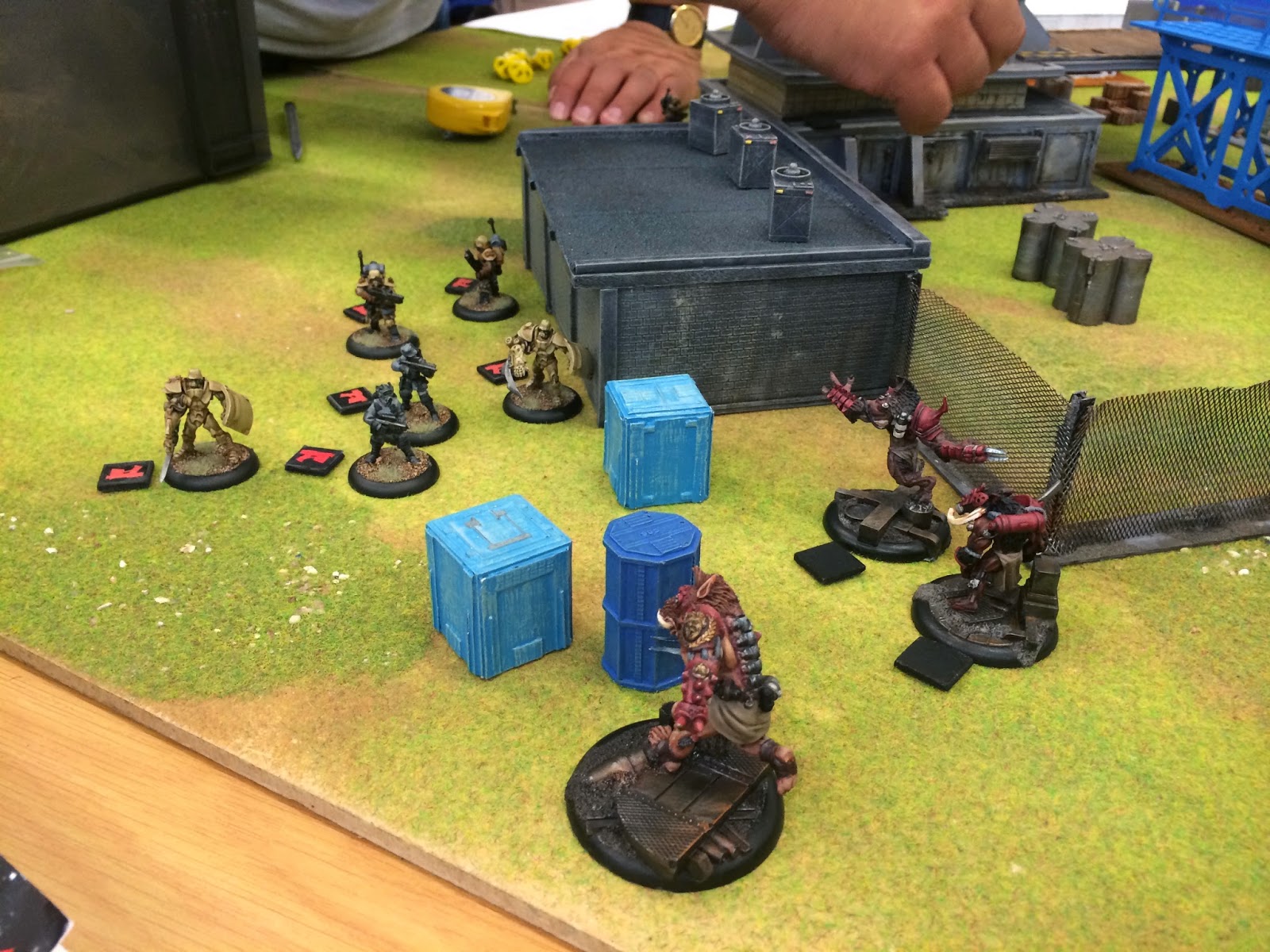 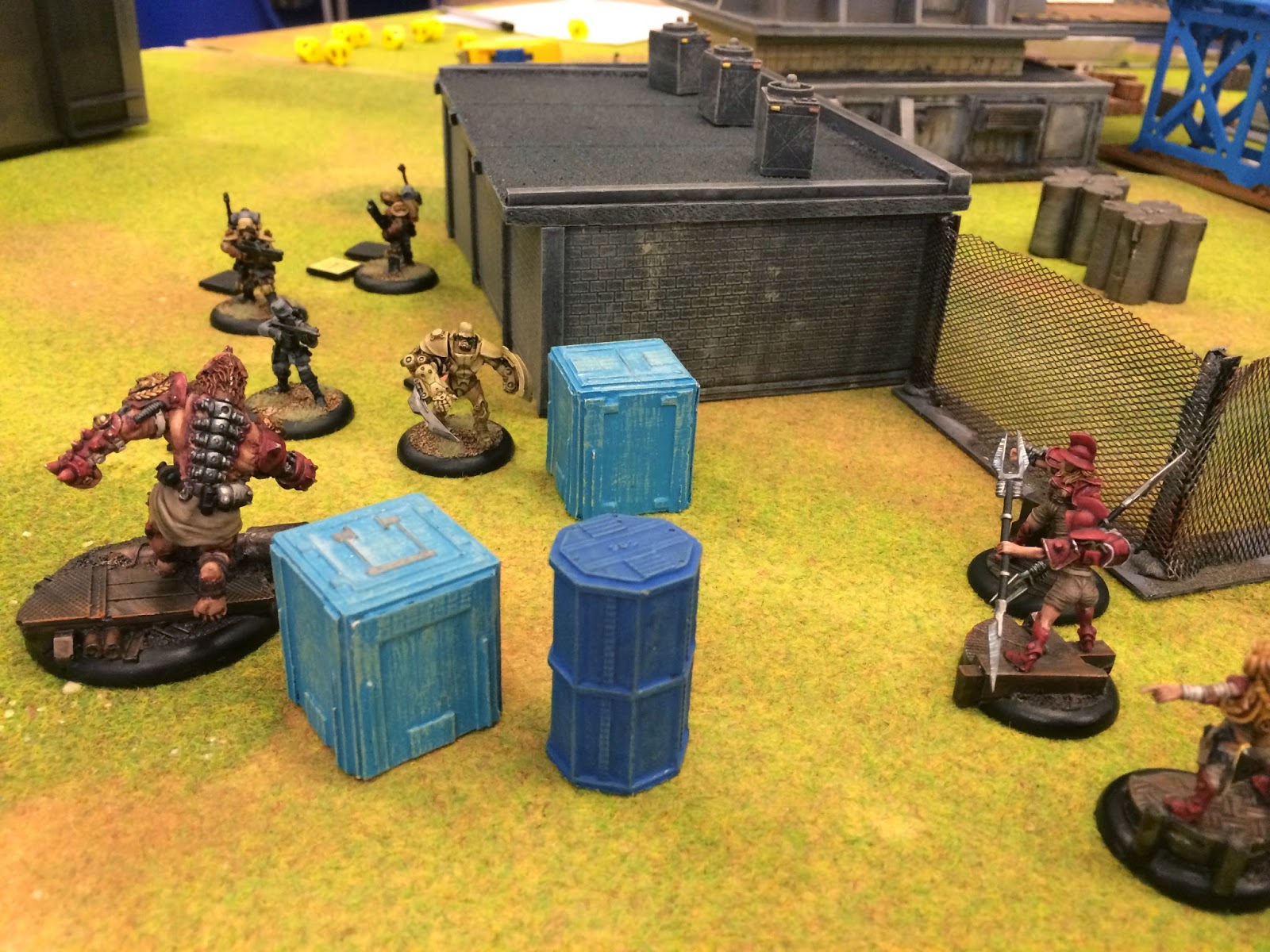 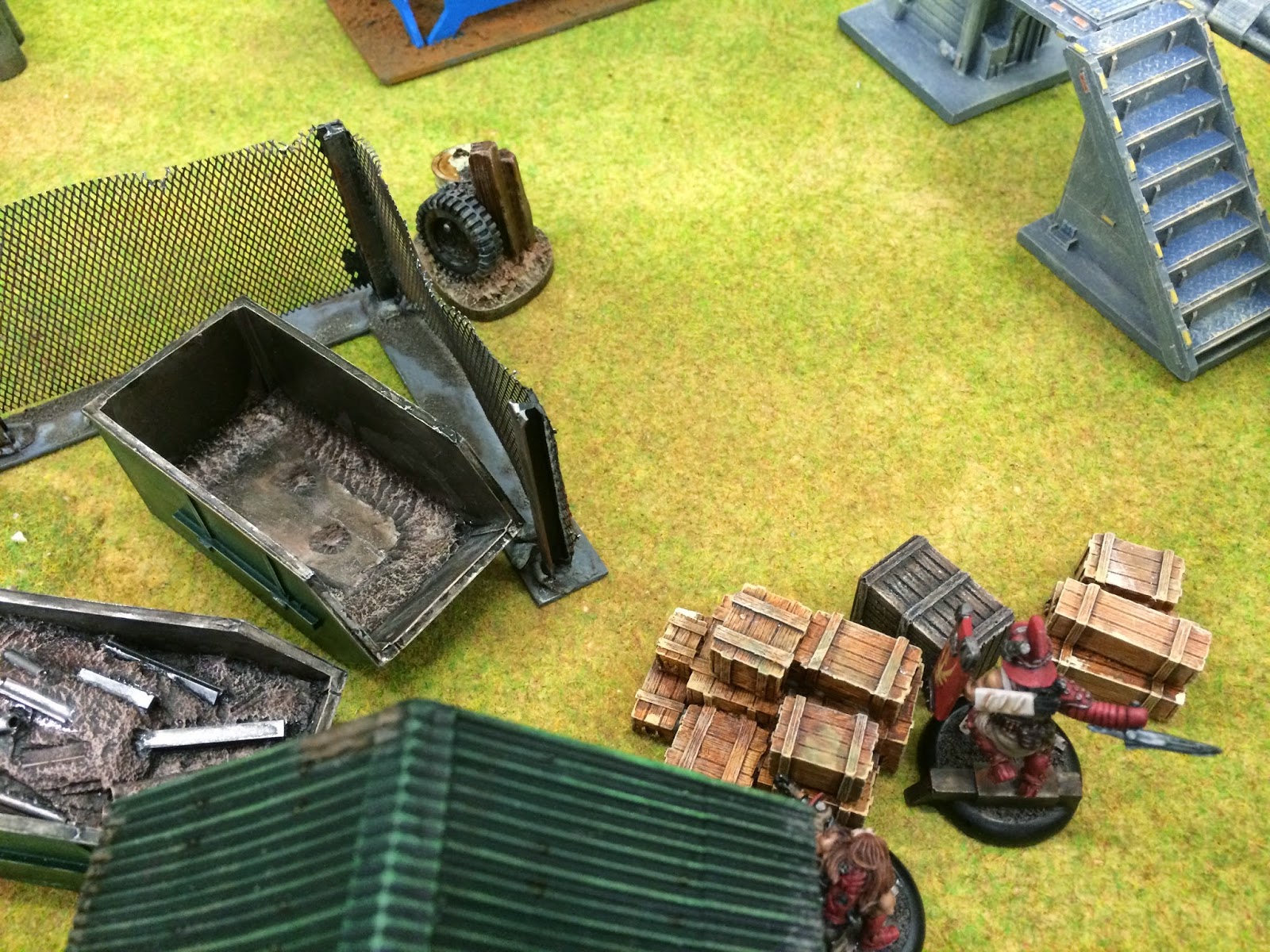 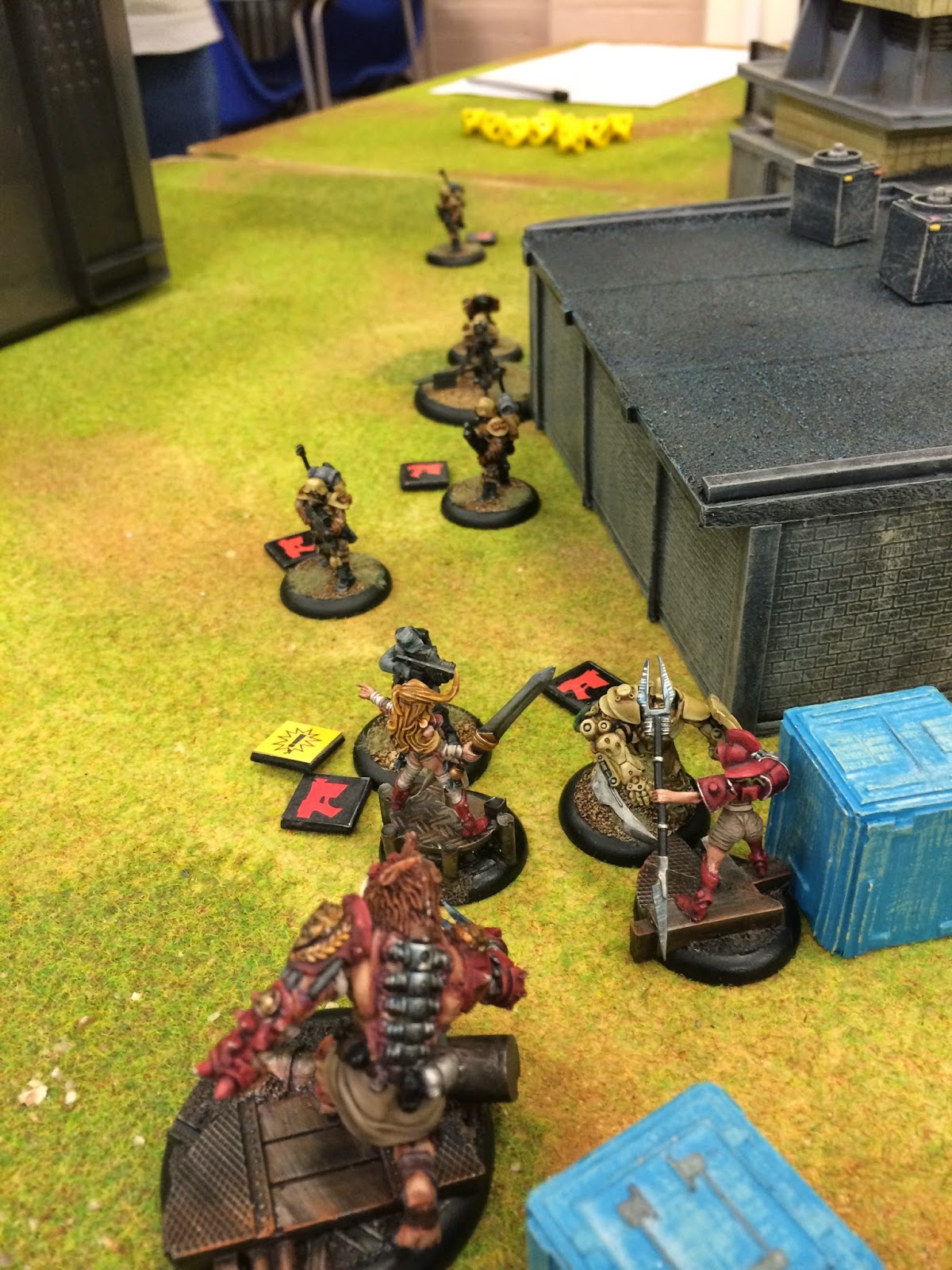 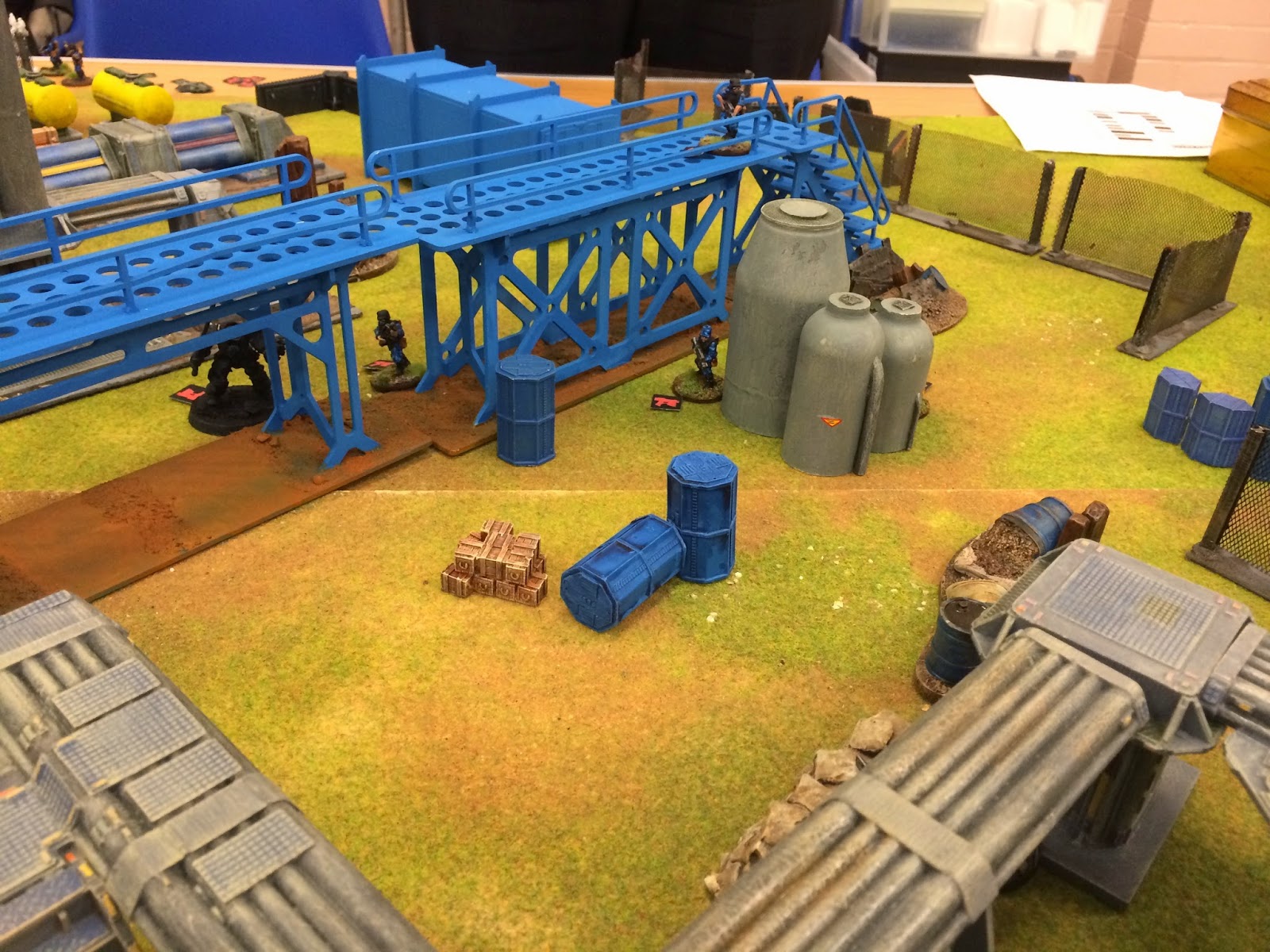 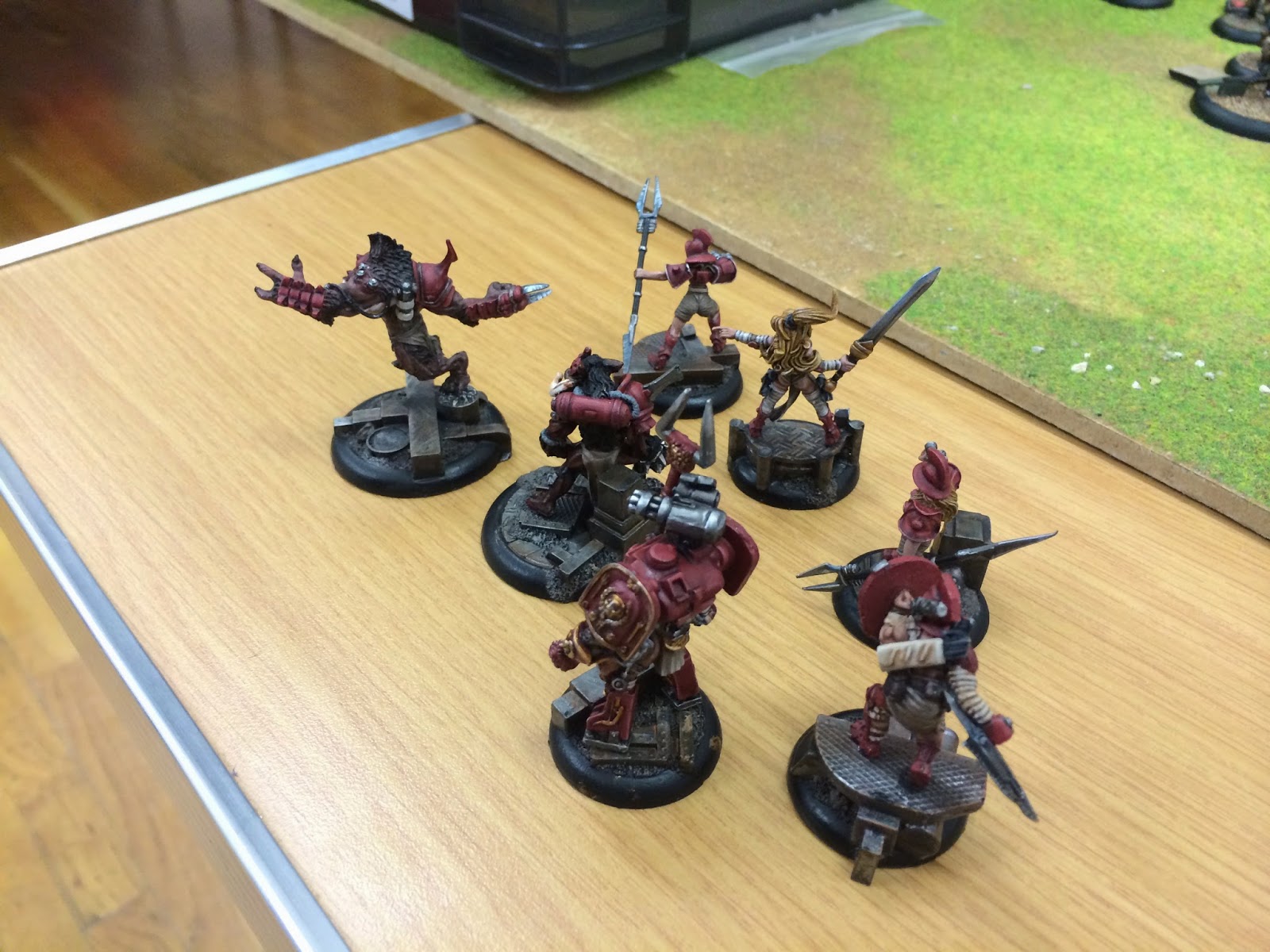 My casualties mounted quickly, especially when Dave managed to bring the rest of his troops to bear on my Gladiators, and my missile troops were quickly out shot by the VASA.  I reached my break point fairly quickly. I managed one parting shot though.  On my left flank I only had my greater Pit Beast remaining, and he was surrounded by 5 Viridian troops, all trying to finish it off in close combat. Unable to resist the temptation I landed a Howitzer shot on top of the Pit beast, inflicting a would on him and killing 4 out of the 5 Viridians fighting him.  As my force was broken I had to make a command check and with my leader dead I promptly failed, leaving Dave and Rory to fight it out, with both of them only one casualty away from breaking.  In the end Dave managed to get that crucial kill first, forcing Rory to make a command check, which he failed, leaving Dave the victor!

Pretty good going as it was only Dave's second game. 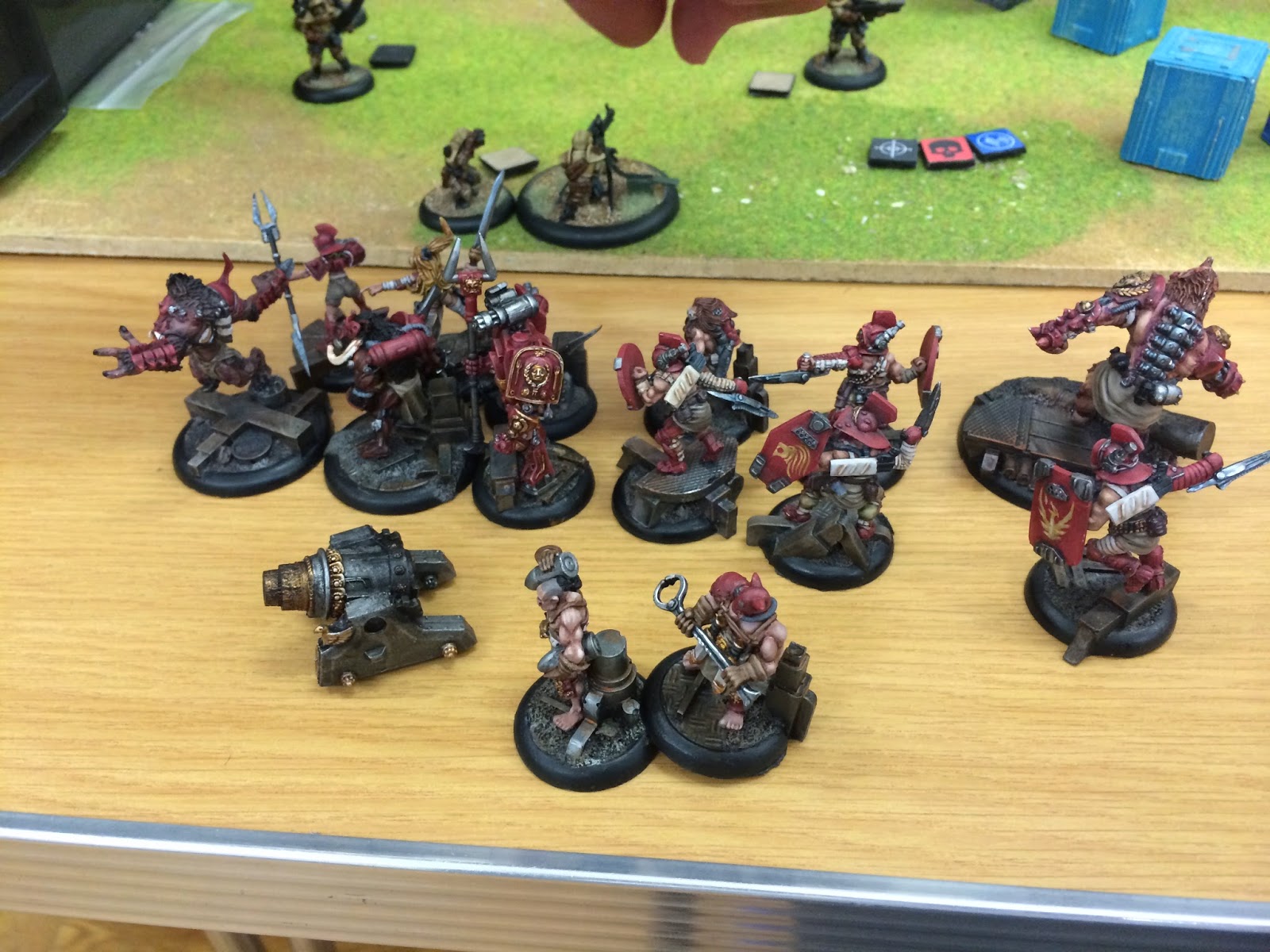 An enjoyable game and a nice change from our usual. My Gladiators  performed much better than usual, which means to say that I actually inflicted some losses on my opponents.  An example of how bad they usually perform is shown by the fact that Rory was shocked that I brought a Howitzer to the game, especially after I pointed out that it had been present at our last few games, but had never actually managed to do anything. It excelled itself this time, inflicting the majority of the casualties caused by the Gladiators.   In the end though it was the usual with Urban war, and firepower won out above all else.

I really enjoy Urban War, and like the setting that has developed since the days of Void 1.1, but find the game a little frustrating.  I don't think that the points values are quite right, especially for the close combat specialists. The close combat troops don't seem to hit that much harder than a lot of the basic troops, but are quite vulnerable to enemy fire. I can see why people bring things like Pit Beast hordes, as that is a much more accurate cost for a close combat specialist to me, and better reflects the difficulties faced by them.  My Gladiators have still not managed to win a game of Urban War, and to be honest I don't think they have ever even come close.  That could just be me of course but I feel that certain forces are not costed very well when put against each other, mainly the balance between the firepower forces (VASA, Viridian and Syntha) and the assault based forces (Gladiators, Junkers, Triads). Koralon I am still undecided about as they have some special rules to help them out.

Next week I am playing SAGA against Dave, but on Saturday I am off to Claymore in Edinburgh, no doubt to make some more pointless impulse purchases that I am never going to paint!