Thanks very much to the seven or so people that must visit my blog on a regular basis.

On Monday we had another game of Chain of Command. I am rather taken with these and have even started painting an early war German force. There is even some talk within the club of a campaign.

This game was German vs French, with the French on the attack. Their objective was to get one section into contact with the German board edge before the end of the game, with anything else being a German victory.

The patrol phase went quite well, with myself and Dave getting the upper hand and pushing the French pretty far down the table, meaning that they would have a Long march to get across our positions.  For support we selected an adjutant so we could bring on all our commanders nice and early and a couple of minefields to help funnel the French into out fields of fire.

The French brought a Heavy Machine Gun and an off table 81cm mortar.

We started the game quite well, with some early casualties on the French we managed to get them boxed in with some nice open terrain between the two forces. Perfect for the superior German machine guns. 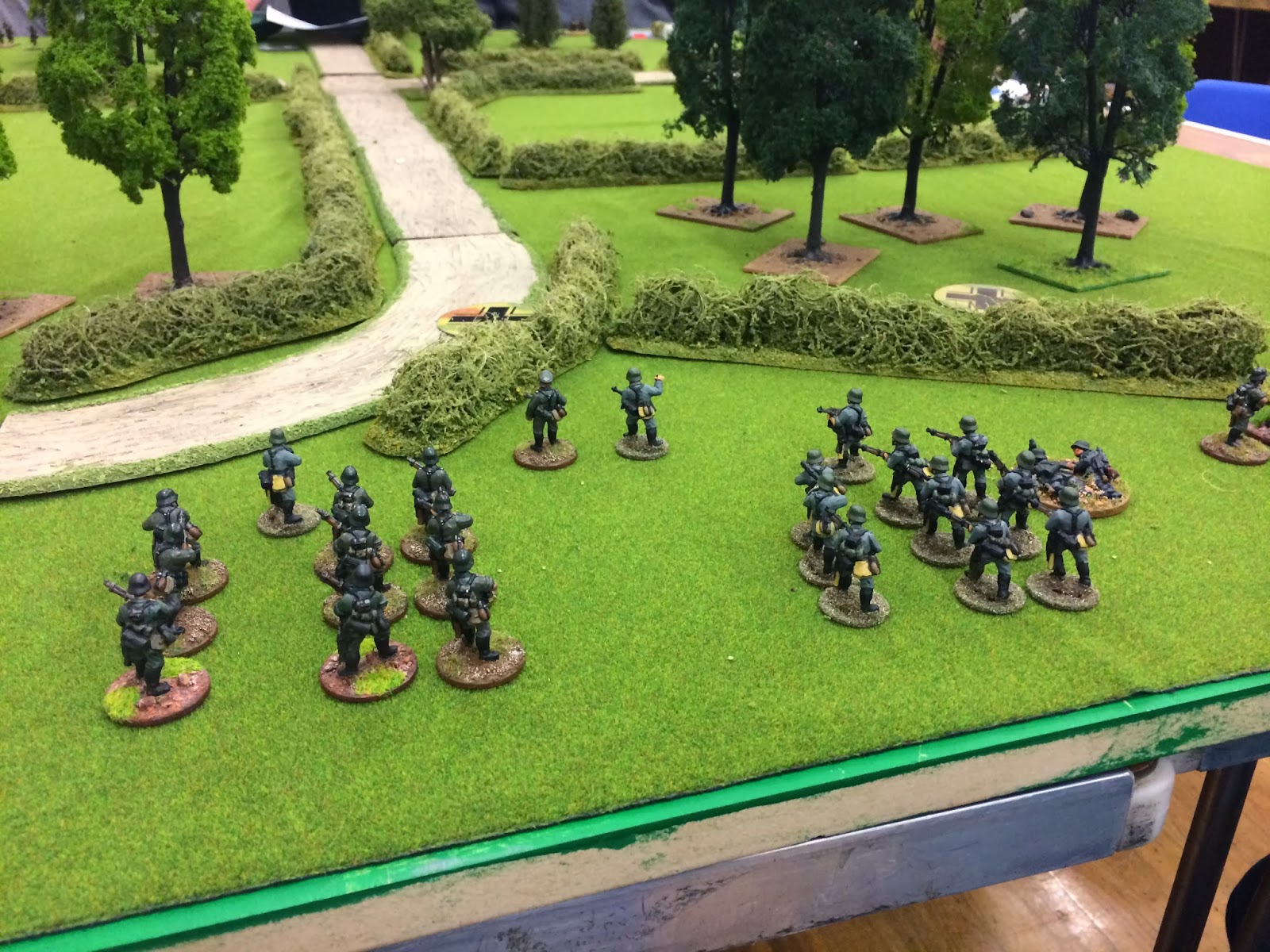 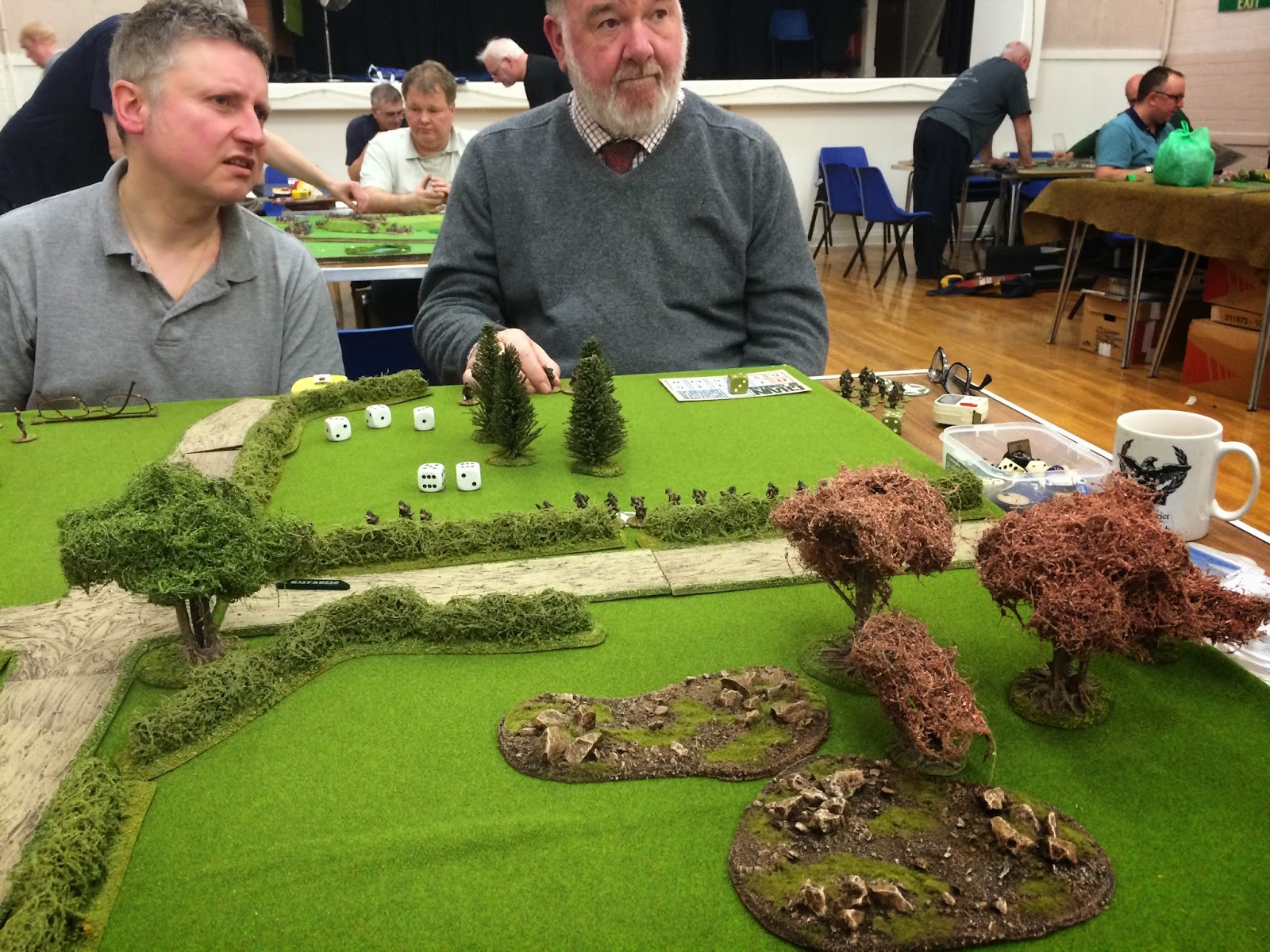 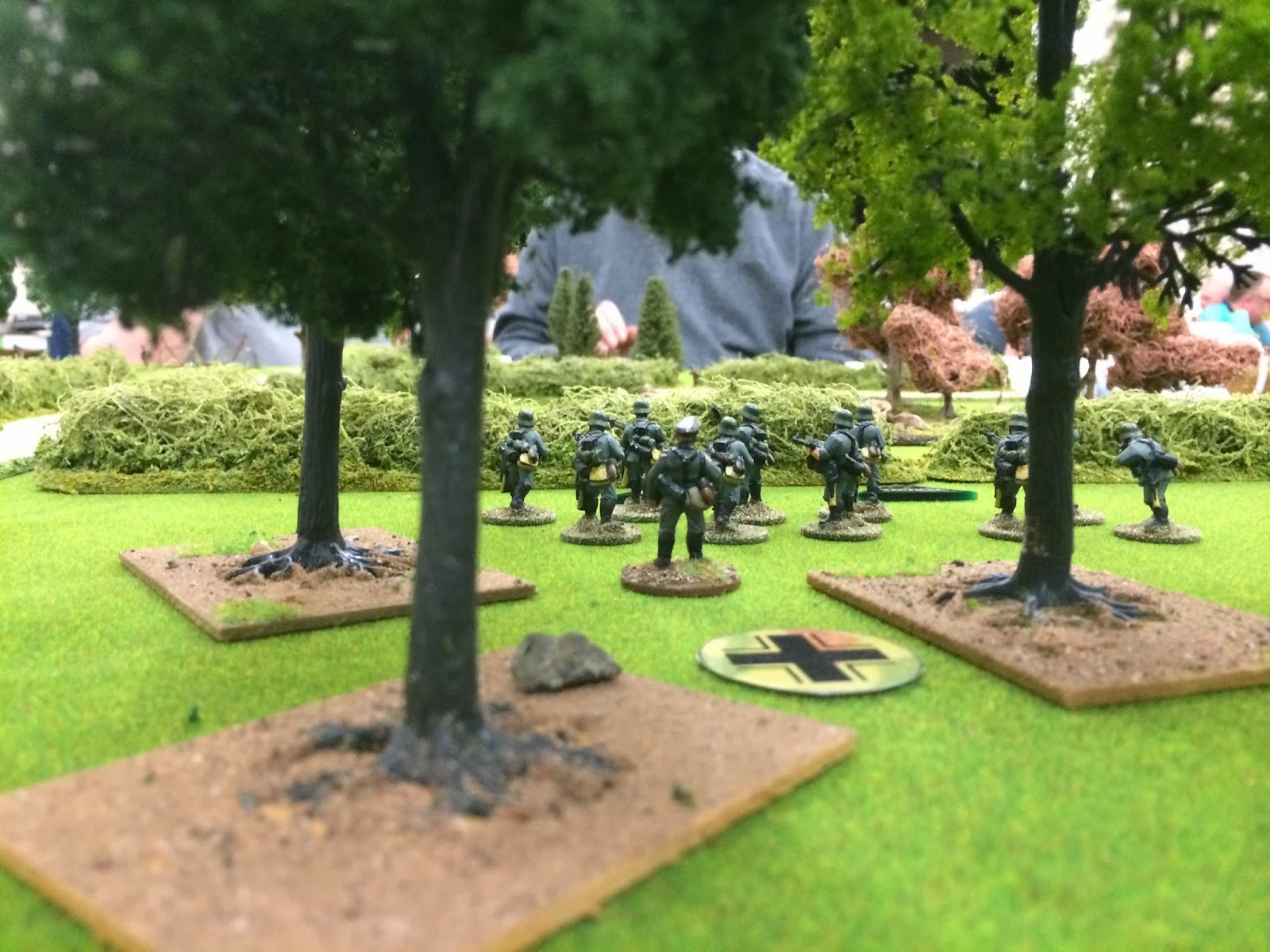 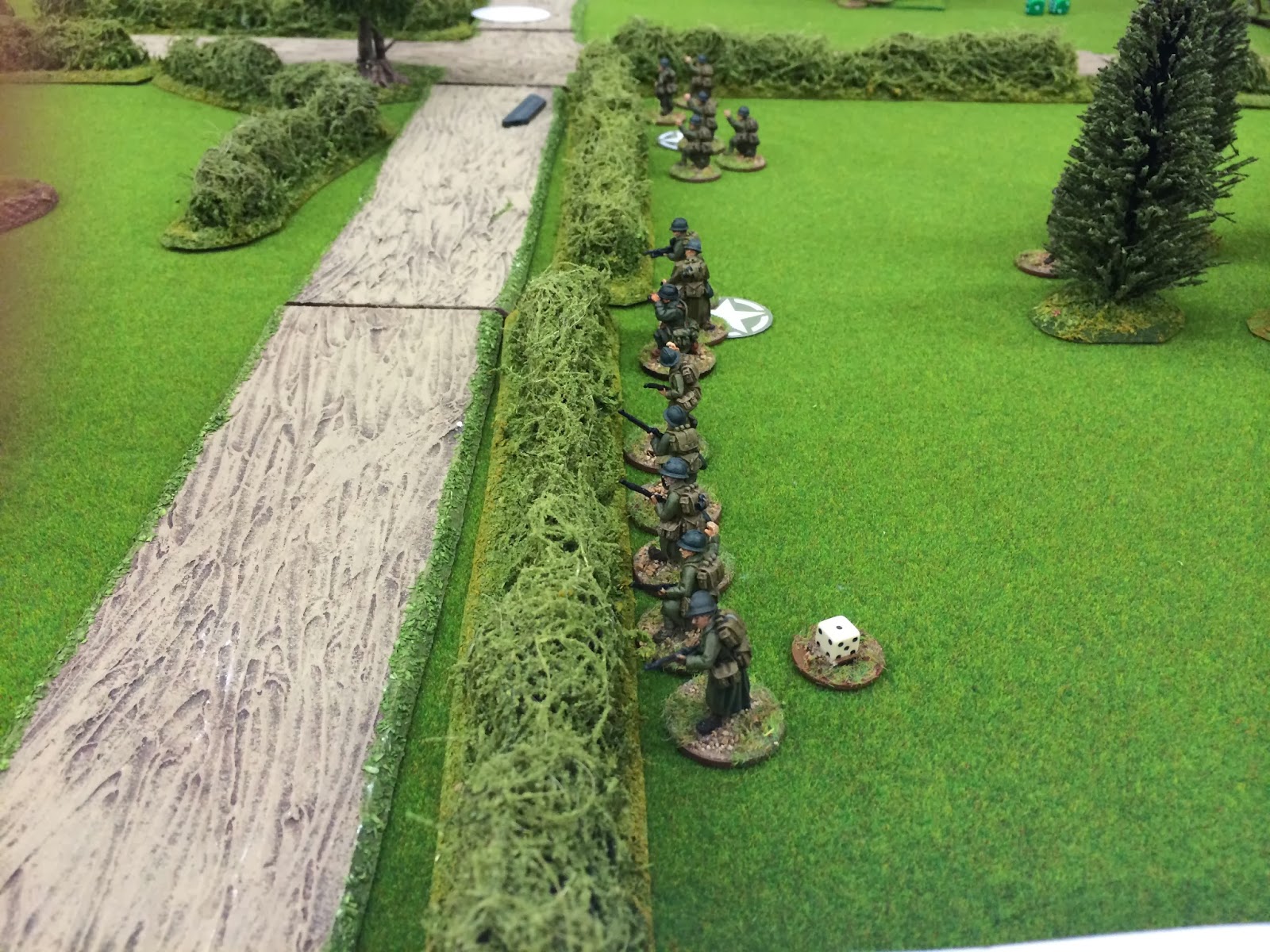 Things started to go pear shaped in the later stages of the game.  The French managed to bring down a mortar barrage on one of our defencive positions, effectively neutralising it.  The only way we could manage to stop them was to use a Chain of Command die and end the turn, but unfortunately Marco and Allen had a Chain of Command die of their own, which they would be able to use to maintain the barrage.

We had managed to deploy to Machine Gun section quite far forward on our left flank, and they were covering a very nice field of fire and  preventing any French from advancing down that side of the table. Dave decided to order one of the Machine Gun teams to advance and secure the hedge in front of it, further preventing the French form any meaningful movement. Unfortunately at the point Marco used a Chain of Command die and ambushed the advancing German Machine Gun team as they were crossing open ground, wiping them out.

Things were starting to look a bit ropy, as we had no way of stopping the Mortar Barrage that was pinning down half of our troops, and the French were in danger of just wandering right past our lines!  Luckily time was on our side and we had to stop the game before the French had a chance to complete their objective, although I am in doubt that given another 2 hours of game time they would have suceded.   Perhaps they should have been a bit bolder in the early stages of the game, rather than just waiting for the mortars to do their work for them.

Another good Chain of Command experience, although I am going to have to give some serious thought about how to deal with a Mortar Barrage, as they seem to be very devastating. Perhaps a sniper team or two may do the job. I am still in the process of painting my Germans so have plenty of time to make a decision about what to do.
The more I understand these rules the better I feel about them, although the Chain of Command dice can be merciless. At one point late in the game Marco and Allan managed to retain the initiative twice, and all we could do was watch as they took full advantage the situation.   I still had a great time though.

Next week Lord of the Rings, using the Balin's Tomb terrain I made and painted with the kids. In 10 years of Lord of the Rings gaming I have never actually used the Fellowship so I am looking forward to it!
Posted by Kevtheinx at 12:32