Returning through the Breach

I haven't had a game of Malifaux in a long time, so this Monday had arranged a catch up game with Alistair.


We had a quick chat beforehand and he decided to use his Ressurectionists, and as I only have Neverborn that was my default choice.  My Malifaux collection is pretty small, as I don't play it often enough to warrant a large investment so my choices were limited. I only have Lilith or Pandora, and opted for Pandora, as I quite like her less direct way of playing.  Alistair opted for Tara, mainly as he had not used her very much.
We played a 50ss game, and I opted for the Distract and Apprehend scheme, with the strategy being turf war (I think, basically stand in the middle of the table to gain victory points).  The board was fairly standard, apart from the train track running across it, with a sodding great train blocking line of sight.
In the end I opted for: 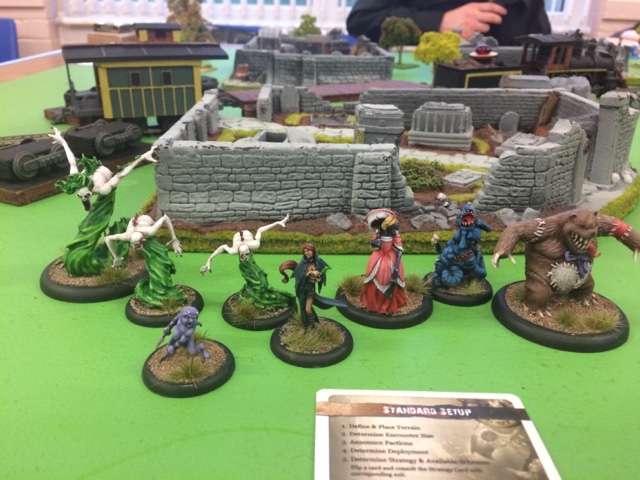 Pandora with The Box Opens, Aether Connection and one other, that I cant remember the name of.
Poltergeist
2 Sorrows
Insidious Madness
Widow Weaver
Terror Tot
Teddy
My opponent had (very roughly!):
Tara
3 Void Stalkers
Beckoner
I cant remember the rest, sorry
The game was pretty good fun, and we called it in the 4th Turn with Alistair 3-1 up and me with no way to really pull it back. The main problem I had was my models kept getting buried at inopportune moments, and the train across the track really made life difficult as a lot of the nifty Neverborn abilities need line of site, which meant they could not be used unless my crew crossed the train, exposing them to all sorts of nastiness from the Resur's.   When the Neverborn finally managed to get into position they managed to do a fair bit of damage, but it was too late in the game, and my opponent had some nifty abilities that I don't really know about. 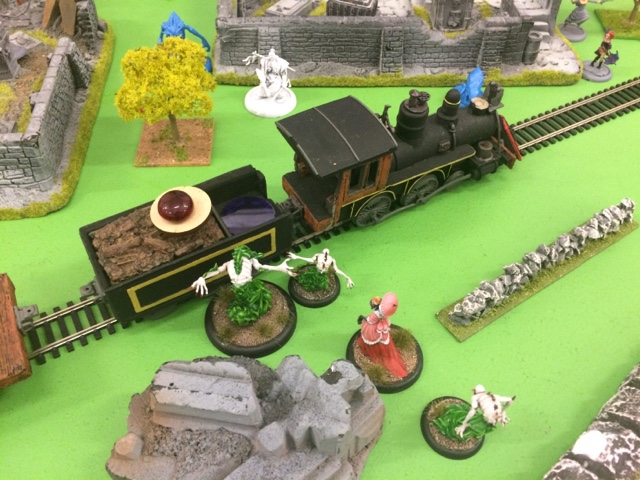 I don't really play enough Malifaux to get any good at it, plus it is a game that really rewards precise planning, which was never a strongpoint for me in general.  I will keep plugging away at it though and see how I get on as the only way to get the hang of it is to keep trying.  The other thing about Malifaux is that you really need to have a good knowledge of the game as unless you know what the whether opponent is capable of you can get into all sorts of bother, which is what happened in this game.
Posted by Kevtheinx at 05:11