Last Monday night I had a game of Warhammer 8th edition scheduled with Dave.

Dave was bringing his Chaos Warriors and I decided to use my Orcs and Goblins, as I have not had them on the table for a while. We decided on 2500 points, which is the largest game of warhammer I have played in a long time, but allowed me to bring lots of toys. 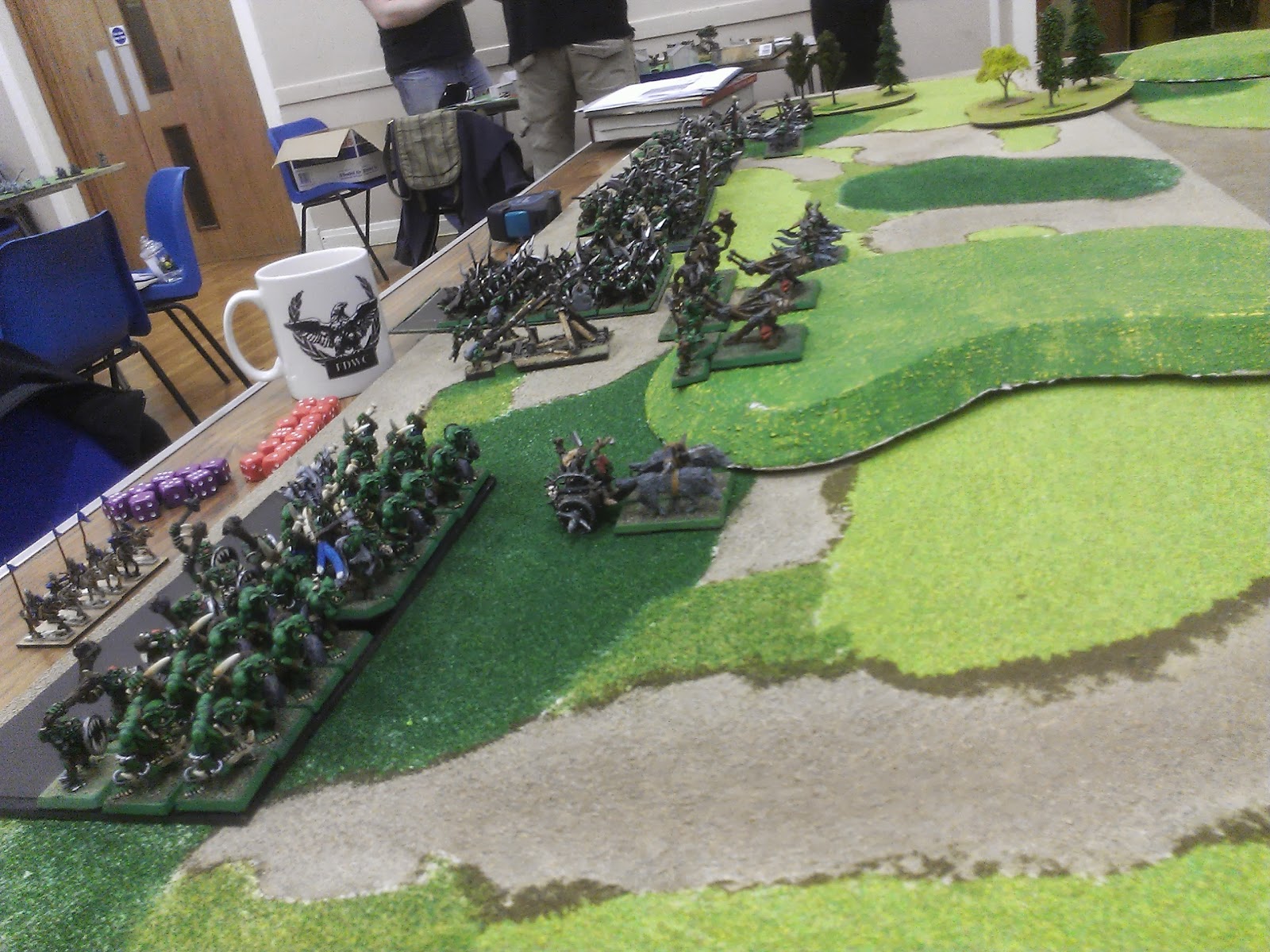 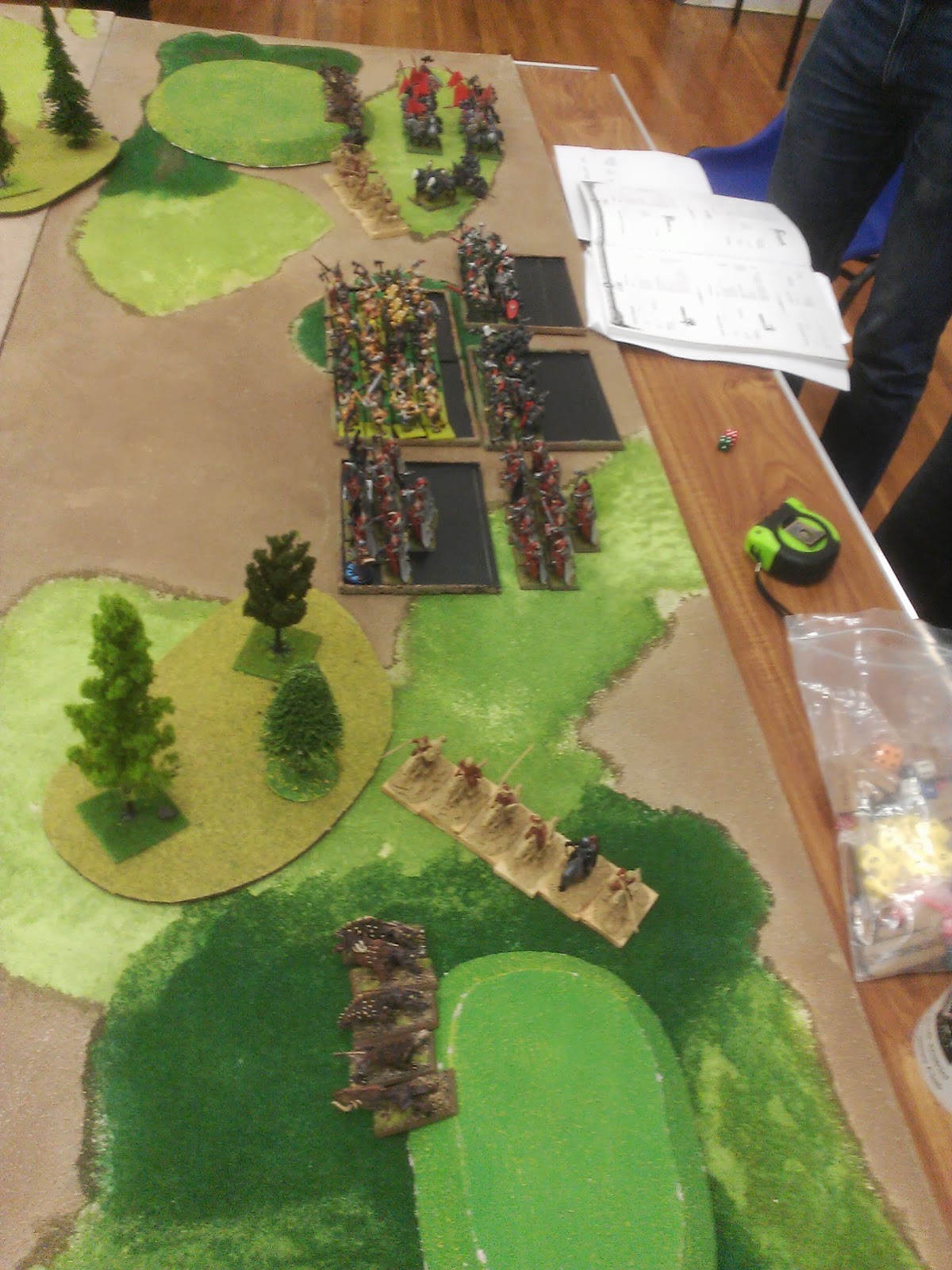 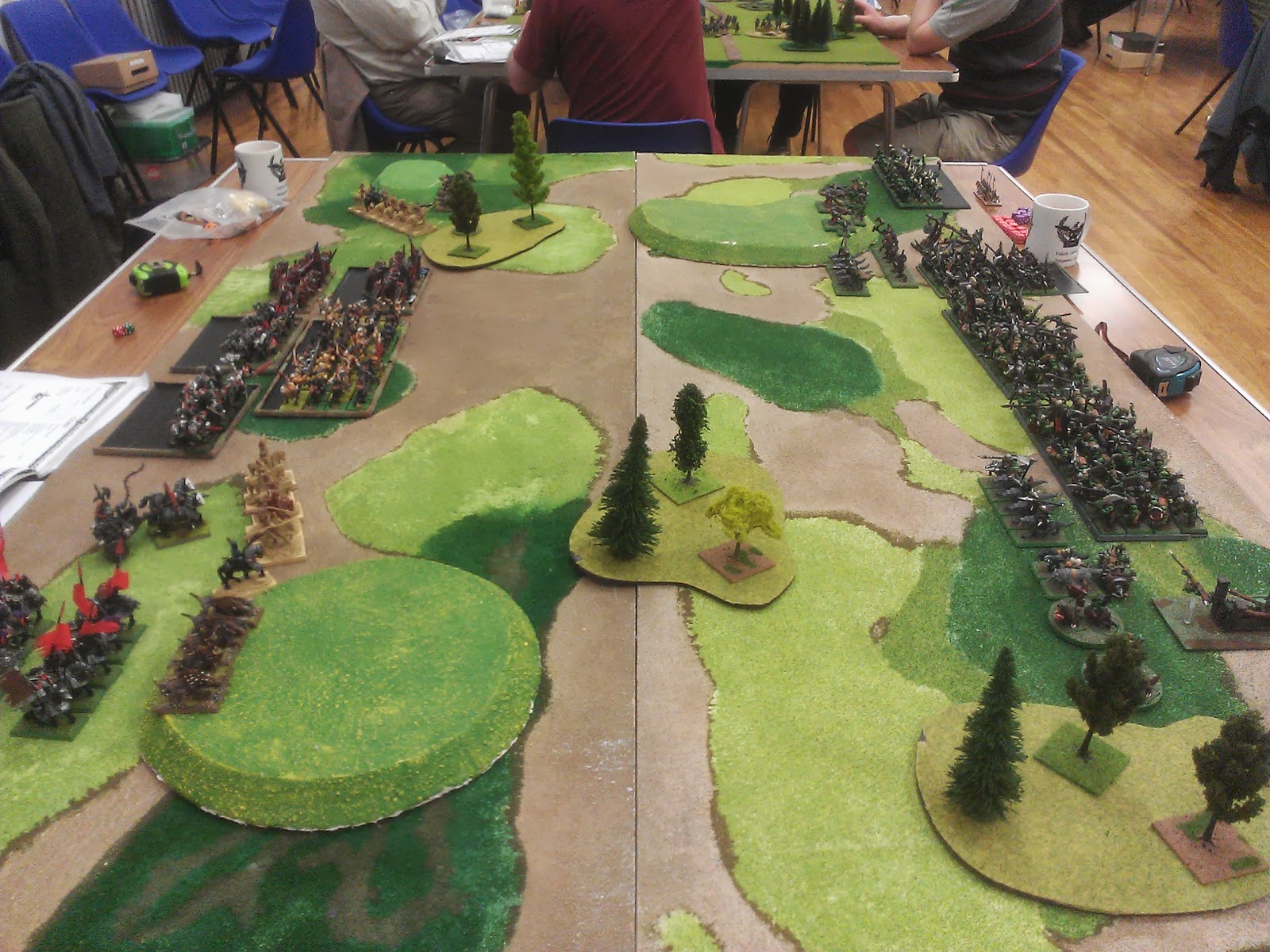 My army consisted of three large units of Orcs, a large unit of Night Goblins and a generous helping of the random nonsense that makes using Orcs and goblins so entertaining, if at time frustrating.  Dave brought a large unit of Marauders, several units of chaos warriors, some Chaos Knights and some units of disposable Chaff in the form of Chaos Hounds and Marauder Horse. 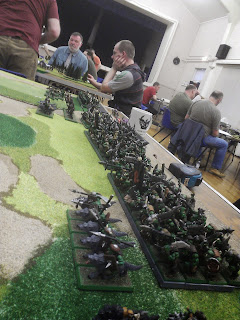 Early game my units of troops proved quite reliable, with no animosity, but everything else proved to be very random, with a Doom Diver managing to kill off a Goblin Chariot with a misfire, and my warmachines and magic proving to be fairly inneffective.  This meant it was down to the lads to get stuck in and they did with gusto, and large amounts of models were removed from both sides. The higher numbers of the orcs were telling in the end though.  My warmachines came good on the last turn of the game, with the Rock Lobber finishing of a chariot, the Doom Diver nailing a unit of Chaos Knights and the Bolt Shooters skewereing the Chaos Sorceror. 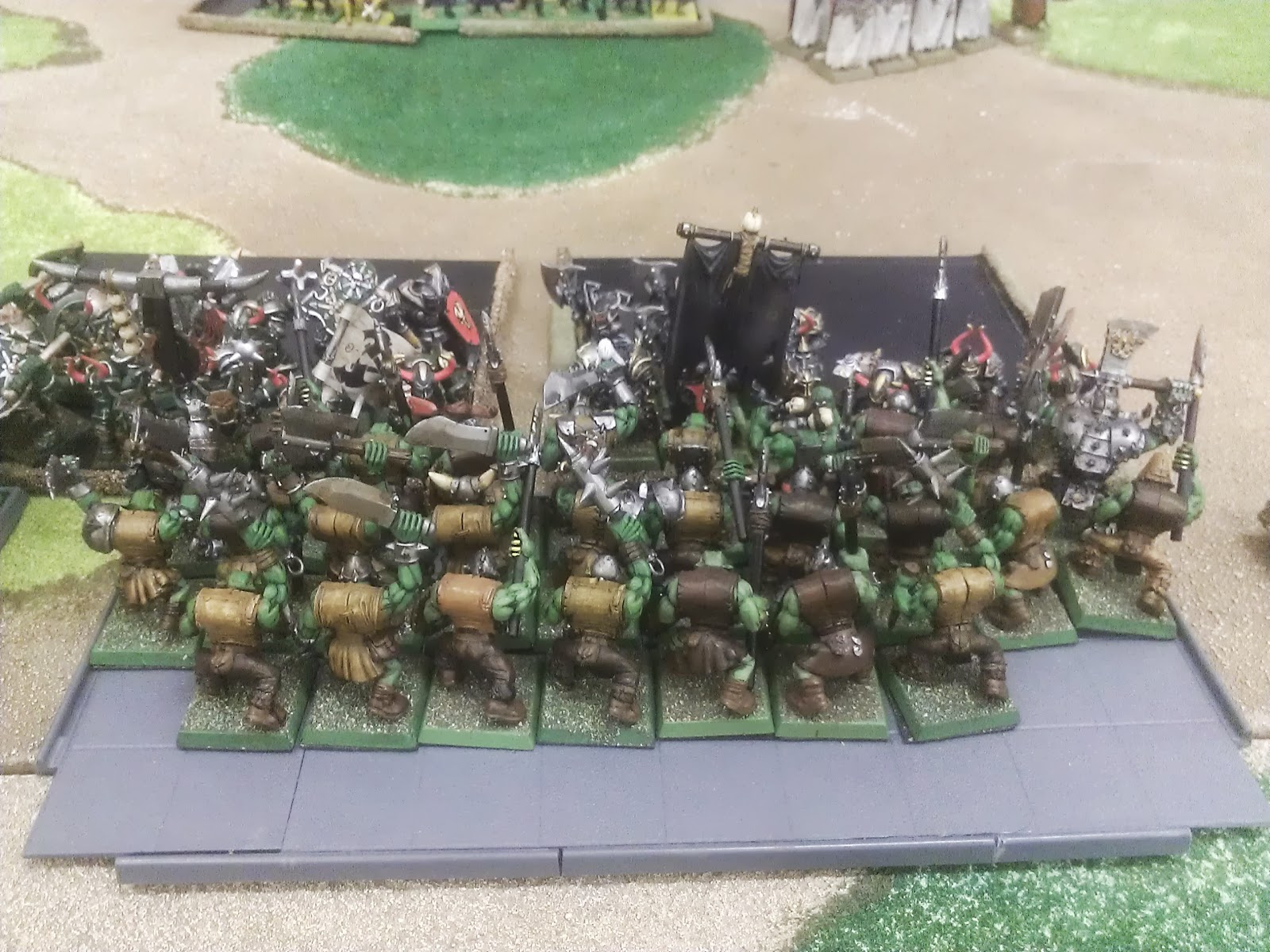 The game had to end at turn 3 as we ran out of time, but the it was beginning to look like the writing was on the wall for the Chaos army.
It was good to get the Orcs back on the table, as I had forgotten the potential they have to be very effective in every phase of WHFB, while also having the potential to be truly awful.  The trick is to not rely on any one phase of the game and to have a balanced approach, which also happen to be the most entertaining.

Two things to come from this were the abandoning of the terrain rules from 8th, especially the "if you can see it you can shhot it," and instead declaring that basically all woods and hills block line of site. The other thing we decided was thet 2500 points was perhaps a little to large for a Monday night game, especially as Dave is realtively new to the wonderful world of Warhammer.

It was still a very enjoyable evening as I had the most important component of any ruleset, a good opponent who always takes everything in good spirirt (something I sometimes forget to do, I must admit).

Next Monday is game three of our Mordheim campaign, with my Beastmen so far having put in a fairly poor showing.  I am playing the long game and concentrating on minimising losses at the moment, so that I can hopefully have more success later on in the campaign. We shall see.

Email ThisBlogThis!Share to TwitterShare to FacebookShare to Pinterest
Labels: Warhammer